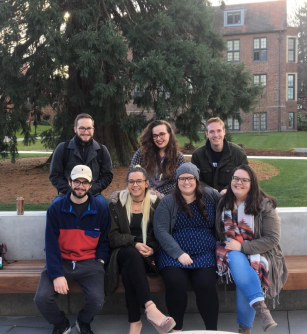 Newswise — Two students on the West Virginia University Debate Team have qualified for the National Debate Tournament for the first time since 1986.

Only 78 debate teams from across the country qualified for the tournament, which was held at Wichita State University March 23-March 26, 2018.

Brooke Modestita, a freshman women and gender studies major and Africana studies minor, and Ellen Baker, a sophomore fisheries and wildlife resources major in the Davis College of Agriculture, Natural Resources and Design, both had years of experience in debate prior to attending WVU.

Boston, Massachusetts, native Modestita debated throughout her high school career at the Kennedy Academy of Health Careers, where she served as team captain for three years. Baker, from Kansas City, Missouri, began debating in middle school.

“The debate team is helping me reach my future goals in many different ways,” Modestita said. “One important way is the research skills that have made writing essays and research projects so much easier. It has also allowed me to network and meet many influential people from many different backgrounds that support me 100 percent of the way.”

Throughout the year, the debate team is actively competing and preparing. The season lasts from September to April, during which the team will travel to many different tournaments stretching from New York to North Carolina to compete against debate teams from across the country.

“We travel about every other weekend from September to March,” said Samantha Godbey, director of the WVU Debate Team. “This year we are debating if the United States federal government should establish a national health insurance.”

To prepare for the tournaments, the team meets twice per week to practice and keep up with current events. They also examine the other teams they compete against.

“Training and practice on the debate team is different than other teams and clubs,” Modestita said. “We read various articles and construct the arguments we want to make at the upcoming tournament and then refine and improve our arguments as needed.”

Of the six students on the WVU debate team, five are in the Eberly College of Arts and Sciences and one student is in the Davis College of Agriculture, Natural Resources and Design.

“My main goal in the position is to help the students achieve their goals,” Godbey said. “Anytime my students succeed, I am filled with pride."

Each team at the National Debate Tournament will discuss whether a national health insurance should be established in the United States and will be able to advocate for and against the topic. There are up to eight preliminary rounds per tournament, each lasting two hours, followed by elimination rounds that decide the winner of the tournament.

The students also attended the Cross Examination Debate Association National Debate Tournament at the University of Puget Sound March 14-18, where Baker, Modestita and their partners advanced to double octafinals for only the third time in WVU history.

“The debate team helps me prepare for my future by giving me the confidence to believe in what I say,” Baker said. “Debating has helped me realize my own potential as an activist and has helped me refine my skills in strategizing, organizing and networking to achieve my goals.”