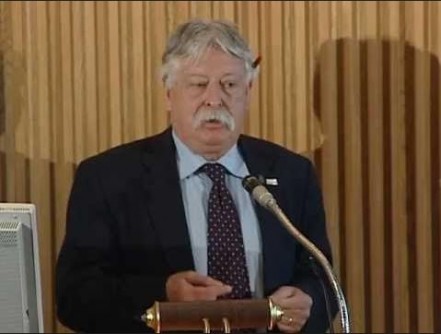 The Department of History at West Virginia University will feature author and historian William Beezley as the speaker for the 2018 Callahan Lecture.

Beezley, a visiting investigator at the National Autonomous University of Mexico and professor of history at the University of Arizona, will present “The Shadow of the 1969 Tlatelolco Massacre in Mexico” on Thursday, March 22 at 7:30 p.m. in G09 White Hall.

The massacre of more than 300 peaceful demonstrators in Tlatelolco’s Plaza of Three Cultures by military and paramilitary troops on October 2, 1968 destroyed their credibility and shaped the history of recent Mexico. The incident cast a shadow that motivated political, social and cultural efforts to change the nation.

A generation of politicians, students, workers, women and indigenous leaders have endeavored to democratize Mexico. Their efforts have focused on creating much more than an electoral democracy through building recognition and respect for individual civil, human and social rights free of violence.

Beezley’s presentation, which will feature a visual case study, examines the shadow cast by Tlatelolo over the past 50 years.

"Professor Beezley is one of the leading cultural historians of 19th and 20th century Mexican history. He received the 2017 Ohtli Award, which is the highest honor bestowed by the Mexican government outside the country, for his scholarly work promoting Mexican history and culture,” said Joseph Hodge, chair of the WVU Department of History. “We are very excited and honored to have a scholar of his stature and prominence visit WVU to deliver our annual Callahan Lecture."

Beezley has authored or edited over 25 books, including “Judas at the Jockey Club,” “Mexican National Identity: Memories, Innuendos and Popular Culture,” and fundamental anthologies such as “A Handbook of Mexican History and Culture and the Oxford History of Mexico,” edited with Michael Meyer. His books have been translated into Spanish and Mandarin Chinese. He has appeared as a guest speaker in more than 20 PBS episodes of “The Desert Speaks” and “In the Americas with David Yetman.” Currently, he and Rod Camp are doing interviews with former Mexican presidents and others for a video production on the democratization of Mexico.

The Callahan Lecture Series was established in 1964 in honor of historian James Morton Callahan, who served as chair of the WVU Department of History from 1902 to 1929 and dean of WVU’s College of Arts and Sciences from 1916 to 1929 before becoming a research professor from 1929 to 1956. Callahan authored numerous works, including “The Alaska Purchase and Americo-Canadian Relations,” “American Foreign Policy in Mexican Relations,” “American Relations in the Pacific and Far East, 1784-1900” and “Cuba and International Relations: A Historical Study in American Diplomacy and the Diplomacy History of the Southern Confederacy.” A student of American historian Herbert Baxter Adams, Callahan received a PhD from the John Hopkins University and is considered one of the founders of modern diplomatic history.