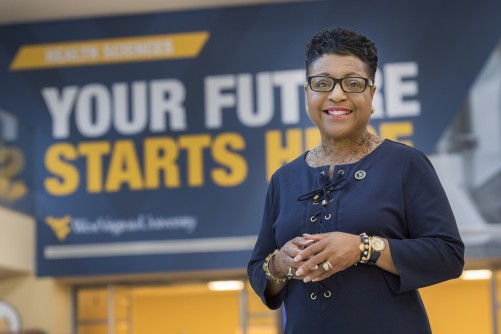 Linda Alexander, associate dean for the School of Public Health and professor of social and behavioral sciences, led a new report on tobacco use published by the National Cancer Institute.

Newswise — MORGANTOWN, W. Va.—The number one cause of preventable death is on the decline, but not for everyone. A new report led by a West Virginia University public health expert shows that despite a drop in cigarette smoking nationwide, minority groups are at higher risk for tobacco-related diseases than others.

The latest monograph published by the National Cancer Institute and led by Linda Alexander, associate dean of academic affairs for the WVU School of Public Health and professor of social and behavioral sciences, investigates tobacco-related health disparities. The report represents the most comprehensive review of tobacco use among racial and ethnic minorities and low-socioeconomic-status populations since a 1998 Surgeon General report.

The new report’s findings reveal that racial and ethnic minorities, members of the LGBTQ community, and low-socioeconomic-status women and girls have benefited relatively slowly from evidence-based practices that reduce cigarette smoking. In their cases, the “needle hasn’t moved far enough for us to discontinue our focus on these and other populations,” says Alexander, who served as the senior editor of the monograph.

Before the 1998 Surgeon General report, Alexander says that the prevailing attitude was that “since all tobacco is bad, why distinguish between how it affects some populations versus others?”

“What we know from working in this field for a number of years is that it’s all bad, but its burden is different for some groups,” she says.

For example, most smoking-cessation trials required that smokers consume at least 10 cigarettes a day to qualify, but nearly half of racial- and ethnic-minority smokers were not able to participate because they smoked less than that. This resulted in a lack of data that could inform smoking-cession programs targeted at racial and ethnic minorities, including those who may not identify as “smokers.”

Complicating matters, gathering tobacco-use data can be especially tricky when it comes to disadvantaged groups.

“Collecting this data requires a level of sensitivity to understand that for some populations, answering questions about their immigration status, or about their condition in terms of being pregnant, could have unintended consequences,” Alexander says. “A smoker who fears deportation, legal action or social stigma may be less than forthcoming.”

Besides emphasizing the need for inquiry into how socially disadvantaged groups take up, try to stop and are affected by smoking, the new report also affirms the importance of having scientific investigators who are familiar with, or even come from, the underrepresented groups being studied.

“The editors and authors of this monograph contributed months of their time, talent and energy over and above what they are required to do for their regular work,” says Alexander. “Many of these individuals have worked legitimately with the populations this monograph highlights. They’ve had the courage to make minority populations and disparities populations a main part of their research portfolio. Mainstream society has not always embraced this because very often with minority groups, you get a sense of ‘less than.’”

The report will help inform policies, programs and partnerships with communities that are most affected by tobacco-related health disparities. Additionally, the report will serve as a resource for future research, including additional exploration of how tobacco use affects people who are part of two or more disadvantaged groups at the same time.

“For some populations,” Alexander says, “the way we gather information is as salient as what we do with it.”