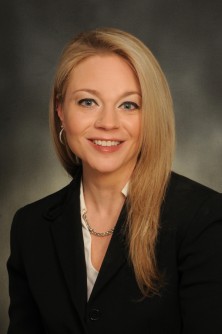 WVU's Traci LeMasters has received a grant to investigate the prevalence and hazards of potentially inappropriate medication prescribing among elderly cancer survivors.

Newswise — MORGANTOWN, W.Va.—With age comes a higher prevalence of chronic illness, often resulting in the use of multiple prescription medications at a time. With the help of a new award, a West Virginia University researcher is examining the prevalence and hazards of potentially inappropriate medication prescribing among elderly cancer survivors.

Traci LeMasters, assistant professor in the School of Pharmacy, is a recipient of the American Association of Colleges of Pharmacy’s New Investigator Award, which grants funding to early-career faculty to jumpstart independent research programs. She is one of only 16 people nationwide to receive the award this year.

Her research will focus on how often elderly cancer survivors are prescribed potentially inappropriate medications, the likelihood that they will have an adverse drug event and their annual prescription drug expenditures. These outcomes will be compared between elderly individuals with and without a history of cancer to understand the impact of a cancer diagnosis on these outcomes.

“Older cancer survivors may have a greater number of chronic conditions compared to their peers who have never had cancer. They also take numerous prescription medications and see multiple doctors who prescribe those medications,” LeMasters said. “Subsequently, these patients may be at greater risk of being prescribed drugs that have the potential for harmful effects.”

More than 60 percent of the 15.5 million cancer survivors in the U.S. are over the age of 65, and many older cancer survivors’ prescription medications are paid for by Medicare, a government-funded health insurance program for individuals 65 years of age and older.

For that reason, School of Pharmacy Dean William Petros said LeMasters’ research could have an impact on the quality of life of millions of these patients as well as inform health care providers and Medicare policy.

“Recognizing inappropriate polypharmacy—the use of a large number of medications—is the first step toward prevention of its consequences,” said Petros. “Ideally, Dr. LeMasters’ findings will initiate a much-needed discussion among health care professionals in the U.S. and ultimately, will lead to effective solutions that could save lives.”

New Investigator Award winners will receive a grant of up to $10,000. LeMasters will use the funds to acquire the necessary data to conduct the study and to support a graduate research assistant. Her research findings will be presented at the 2019 American Association of Colleges of Pharmacy meeting and subsequently published in a professional journal.

The American Association of Colleges of Pharmacy was founded in 1900 and represents the interests of pharmacy education and educators at 124 accredited colleges and schools of pharmacy in the U.S. Its members include more than 6,000 faculty and 60,000 students.