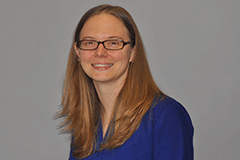 But a study by a West Virginia University sociology professor finds that women in developed countries — like the United States — are actually more likely to be physically assaulted than women in developing countries.

“Research on developing countries will often lump sexual assault, physical assault and robbery together and sometimes studies expand to examine all types of victimization to increase the report record count,” Stein said.

Using data from the International Crime Victimization Survey from 45 countries, Stein reviewed physical and sexual assault victimization statistics at the national level to determine whether the societal structures around victims played a part in the frequency of attacks.

A variety of factors contributing to victimization exist. These can range from how often a female goes out for leisure activities (go to a bar, to a restaurant, to see friends), whether she lives alone, and age.

“Because individuals’ routines matter for victimization risk, it is important to educate people so they can become more aware of how their everyday activities might increase their risk for certain types of victimization,” Stein said. “However, individual routines are not the only contributing factor to victimization.

“One example is the unequal distribution of resources, such as formal conflict resolution, in countries with high levels of inequality. If policies are to effectively reduce the risk of victimization, they need to consider not only the lifestyles of individuals, but the context in which these activities take place.”

The paper was featured in the December 2014 issue of the International Criminal Justice Review and was recognized with the 2014 Richard J. Terrill Paper of the Year Award. This is the second time Stein has been recognized with this award, receiving it in 2010 for her paper “The Utility of Country Structure: A Cross-National Multi-Level Analysis of Property and Violent Victimization.”