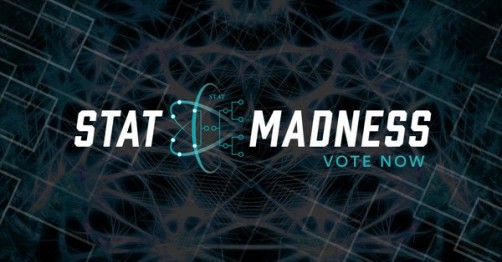 Newswise — Two Yale research teams recently moved forward into round four of a different kind of March Madness competition. The event, called STAT Madness, aims to raise awareness about scientific breakthroughs from national institutions and is sponsored by the Boston-based news organization STAT.

The ongoing heated competition consists of voting for the best innovation in science from the past year. The current round of voting ends at midnight on Thursday, March 22.

The first Yale team features a bioengineering feat to make nanoparticles bioadhesive, or “sticky,” with the goal of directing cancer drugs to brain tumor cells. “Until now, research has focused on whether you can load the nanoparticles with drugs and whether we can get them into the brain at all, without thinking too much about what cells they go to,” said senior author W. Mark Saltzman, the Goizueta Foundation Professor of Chemical and Biomedical Engineering, professor of cellular and molecular physiology, and member of the Yale Cancer Center, in a  Yale News article last year. This Yale team is currently pitted against Washington D.C.-based Children’s National Health System.

Yale’s other team competing in the “Elite Eight” equivalent of STAT Madness features a study that found patients who choose to receive alternative therapy as treatment for curable cancers instead of conventional cancer treatment have a higher risk of death. In the Yale News article from last year, Dr. Cary Gross, co-author of the study, called for further research, adding, “It’s important to note that when it comes to alternative cancer therapies, there is just so little known — patients are making decisions in the dark. We need to understand more about which treatments are effective — whether we’re talking about a new type of immunotherapy or a high-dose vitamin — and which ones aren’t, so that patients can make informed decisions.” The Yale team is currently competing against Washington University in St. Louis.

There’s no obligation required to vote, and it’s possible to vote multiple times. If both teams advance to the Final Four, then voting will continue until midnight on March 27. The team with the most votes in the final round will have their research covered by STAT’s team of journalists — and exclusive bragging rights as winner of the 2018 STAT Madness bracket decided by popular vote.