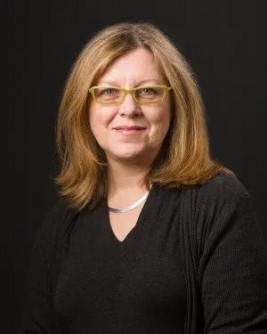 Newswise — New Haven, Conn. — Yale Cancer Center researchers have identified a potential therapy that combines two types of molecularly targeted drugs to produce a synergistic effect against head and neck cancer. More than half a million people worldwide are diagnosed with the disease each year. The findings, published online in the journal Clinical Care Research, are a promising advance for patients whose treatment options are typically limited to surgery, radiation and chemotherapy.

“Head and neck cancer can be extraordinarily devastating, even for people who are cured,” said Barbara Burtness, M.D., co-Leader of the Developmental Therapeutics Research Program at Yale Cancer Center and senior author on the paper. “The disease can impact people's appearance and their ability to speak and to eat with others.”

Head and neck cancers are primarily triggered by either the human papilloma virus (HPV) or tobacco use. The non-HPV-associated cancers due to tobacco use have a much lower cure rate. Their most commonly mutated gene is the tumor suppressor gene p53 (which is also the molecular abnormality found most frequently in human cancers overall).

Previous research by the Burtness lab highlighted a key role played by the Aurora kinase A (AURKA) protein, which regulates part of the cell cycle and interacts with p53-family proteins. Levels of the AURKA protein increase in many cancers, including head and neck cancer, where it’s associated with worse outcomes.

“We found many reasons to think that AURKA was a very important target in head and neck cancer, and we were able to put patients on a trial with an AURKA inhibitor called alisertib,” she said. “But alisertib was not that effective, so we went back into the lab to explore the molecular background of cells that were sensitive to alisertib, and what could be combined with alisertib.”

At about the same time, Wendell Yarbrough, M.D., and other scientists showed that a protein known as WEE1 could boost the effects of cisplatin chemotherapy in head and neck tumors with p53 mutations. These results were encouraging enough to spark trials with a WEE1 inhibitor called adavosertib.

AURKA and WEE1 play major roles in the cell cycle, in which the cell creates two complete sets of DNA and then divides into two. In one phase of this cycle, the dividing cell creates “spindles” that help to pull apart the two separate sets of DNA. AURKA is needed for the spindles to work effectively, while WEE1 helps to kick off the final separation into two cells. Burtness and her colleagues wondered if these two classes of inhibitors, which target different phases of the cell cycle, could have a “synthetic lethal” effect in head and neck cancer? That is, could the inhibitors work synergistically to destroy tumor cells?

Jong Woo Lee, Ph.D., lead author on the paper, began experiments in four human cell lines for non-HPV-associated head and neck cancer. He found that the combination of alisertib and adavosertib did kill significantly more cells than either inhibitor administered by itself.

The collaborators went on to study the approach with in vivo “xenograft” models, in which tumors created by the two human cell lines were grafted into mouse models. The individual agents didn’t slow the growth of these tumors, but their combination basically stopped growth altogether.

Looking into the mechanisms at work, “we also uncovered the broad reason that AURKA inhibitors have been failing in the clinic,” she added. “Unfortunately, they put the cell into cell cycle arrest, which is probably a temporary effect. When the AURKA levels go back up, then the cell can divide, and the cancer can continue growing.”

Yale Cancer Center scientists now propose that if you give the two inhibitors together, WEE1 inhibition can remove the brakes on cell cycle arrest, so that the cell goes ahead and divides despite the damage AURKA inflicts, and the cell dies.

Burtness and her colleagues are designing an early clinical trial for the combination in this patient population. In a second trial, they hope to examine the effects of giving each of the drugs alone or in combination briefly to patients before surgery. More broadly, the scientists will examine whether combined AURKA and WEE1 inhibition can act as synthetic lethal therapy in other cancers that depend on AURKA and have p53 mutations. “We hope that this approach might have a much broader effect beyond head and neck cancer, because p53 is the holy grail of undruggable targets in human tumors,” said Burtness.

Yale School of Medicine provided lead funding for the study.

About Yale Cancer Center Yale Cancer Center (YCC) is one of only 49 National Cancer Institute (NCI-designated comprehensive cancer) centers in the nation and the only such center in Connecticut. Comprehensive cancer centers play a vital role in the advancement of the NCI’s goal of reducing morbidity and mortality from cancer through scientific research, cancer prevention, and innovative cancer treatment.