Findings could lead to a better understanding of how human cells adapt to changing conditions — and they might also lead to better beer. 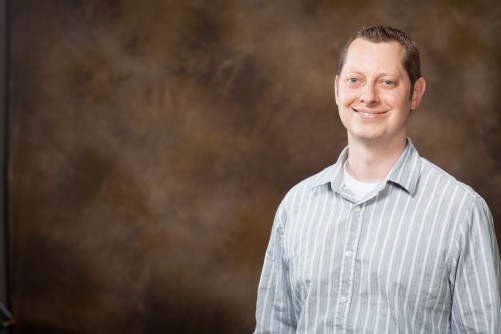 Newswise — A University of Arkansas biologist’s work on how cells respond to heat stress could lead to a better understanding of how organisms, from bacteria to humans, adapt to changing conditions. It could also lead to better beer.

Jeffrey A. Lewis, an assistant professor in the Department of Biological Sciences, received a three-year, $571,335 grant from the National Science Foundation to study the process of protein acetylation in stress defense in yeast cells. While the study is specific to heat stress in yeast cells, Lewis notes that the heat-shock response is universal, occurring in everything from bacteria to human cells. That means the findings could have broad applicability.

Cells exposed to stresses such as heat must modify themselves quickly, or die. To protect themselves, cells have a store of proteins that can be turned off or on as needed.

“Cells basically put on a suit of armor to defend themselves,” Lewis said. “And that is composed of stress-response proteins.”

Lewis is focusing on acetylation, a type of modification that has long been known to play a role in regulating protein activity. Acetylation was originally thought to be unique to a class of proteins called histones, but new technology available in the last decade has shown that it occurs in many proteins and may play a critical role in stress response.

“Thousands of proteins being modified by acetylation suggests it is important, but we really don’t know how acetylation is actually affecting those proteins,” Lewis said. “The idea is to see if we can connect acetylation to the ability to survive high temperatures.”

If the research establishes that link, it may also provide insight into how animal cells respond to a variety of stresses. “If acetylation is regulating stress defenses, this would be broadly applicable to things like drought and heat resistance brought on by climate change in animals, and even potentially how human cells respond to stress that occurs during and after strokes and heart attacks.” he said.

Lewis is using yeast cells in his research because it is “trivial” to modify the yeast genome to study how proteins work, he said. An unrelated benefit is the opportunity to teach undergraduate students the science of fermentation.

“One thing that we don’t necessarily think about is that during brewing, yeast cells experience a number of stresses ranging from high sugar concentrations to temperature fluctuations,” Lewis said. “These stresses impact brewing performance and flavor, so understanding how yeast cells deal with stress is important for brewers.”

The grant will enable Lewis to partner with a Northwest Arkansas brewery to design a new course called the Microbial Fermentation Laboratory. His students will create a beer recipe and then scientifically justify their choice of yeast strains based on how they want the beer to taste.

“At the end of the course as a final project, they’ll make the beer,” Lewis said.