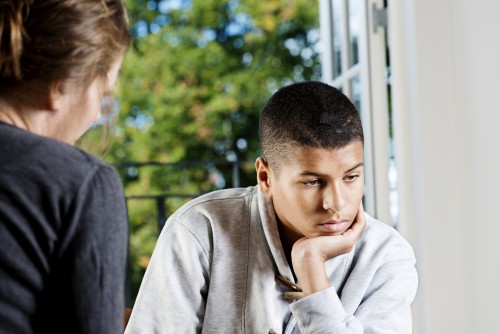 Newswise — Many mental health disorders first surface during adolescence, and college and youth pastors are in a good position to offer help or steer youths elsewhere to find it. But many of those pastors feel ill-prepared to recognize and treat mental illness, according to a Baylor University study.

The study — “Adolescent mental health: the role of youth and college pastors” — is published in the journal Mental Health, Religion & Culture.

Unlike senior pastors, those who work with young people are expected to have more extensive contact with their congregants because this likely occurs outside of church services, researchers said. Because youth groups are smaller than the congregations themselves, a greater chance exists for deep relationships between pastors and adolescents, including through one-on-one counseling, Bible study groups, mission trips and service opportunities, said researcher Matthew S. Stanford, Ph.D., professor of psychology and neuroscience in Baylor’s College of Arts & Sciences.

The survey showed that:• 50 percent said they had received training related to mental illness, but only 26 percent reported they felt qualified to work with young people dealing with significant mental health issues.• 78.7 percent had worked with one to 10 adolescents a year whom they knew or thought had mental health issues.• 76 percent had referred an adolescent congregant to a Christian counselor, a psychologist or a psychiatrist, but pastors who made referrals were most likely to do so to a Christian counselor.'

The study showed that youth and college pastors’ most common method of intervention was to meet with the adolescent and refer the individual to a mental health professional. While many of the pastors described using biblical counseling methods, some counseled primarily with psychological concepts, using such methods as talking through coping skills or role-playing.

The sample of youth pastors showed they believe that psychological well-being affects spiritual development. But they lacked training and confidence to interact with the mental health system, and some tensions and conflicts exist between pastors and mental health professionals.

A youth pastor’s “unique role as gatekeeper can be improved,” and pastors are interested in knowing more about counseling, researchers said. Many are unaware of mental health professionals with whom to work and did not know what psychotherapy would entail — including time, cost and scope of services.

Researchers recommended that mental health professionals working with religious youths consider the role of the youth pastor and reach out to faith communities to collaborate.

“Outreach will allow the pastor and mental health professional to gain an understanding of the other while becoming familiar with each other’s ‘language’ and view of mental health,” researchers said.

The College of Arts & Sciences is Baylor University’s oldest and largest academic division, consisting of 24 academic departments and 13 academic centers and institutes. The more than 5,000 courses taught in the College span topics from art and theatre to religion, philosophy, sociology and the natural sciences. Faculty conduct research around the world, and research on the undergraduate and graduate level is prevalent throughout all disciplines. Visit www.baylor.edu/artsandsciences.