A Rematch of GU vs. UNC in Basketball National Championship Game 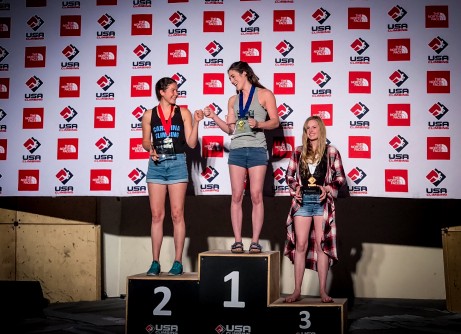 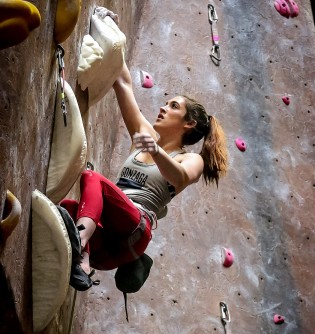 Tolson, a rising junior from Scottsdale, Arizona, brought her shiny gold medal back to campus after winning the national championship in women’s sport rock climbing at the USA Climbing Collegiate Nationals in San Diego last weekend. Tolson, who represented the Zags as a team of one, knows Scott well.

“I have actually been competing against her for many years, so I know what a talented climber she is,” Tolson said. “Going into nationals, I knew that she would be pretty stiff competition, so I couldn't help but hope for a Gonzaga/Tarheels rematch to go in our favor this time.”

Tolson recently formed a competitive club at Gonzaga to pursue her passion, share it with other students, and compete at the event. As rock climbing is not an NCAA sport, the competition was hosted by USA Climbing, the national governing body for the sport of competition climbing.

“It has always been my dream to win a National Championship, and doing so in a Gonzaga jersey was icing on the cake,” said Tolson, a top scholar who is on track to attend medical school.

Because the Gonzaga climbing club is so new, Tolson paid all of her expenses to compete.

“Comically, the day before I left for this competition, I went and bought my ‘jersey’ at the Zag Shop,” she said. “I was proud to be able to represent Gonzaga on a national stage. Go Zags!”

Tolson, who has competed in climbing for more than seven years, beat students from colleges and universities across the country at the event that she estimates drew some 500 male and female competitors.

Her goal in climbing “is to continue upward – pun intended,” she quipped.

“Climbing is just part of who I am. It is my passion, my escape – it keeps me grounded. I would love to grow Gonzaga’s very new climbing club. Attending nationals where schools brought 30-plus kids has made me determined to bring my world of competitive climbing to Gonzaga on a larger scale,” she said.

Climbers will compete for the first time for gold in the 2020 Olympic Games in Tokyo.

“Of course, that is on my radar,” she said. “In the short term, though, I am perfectly content to share, grow, and celebrate a sport that I love so dearly. Plus, I usually have my hands full with schoolwork.” 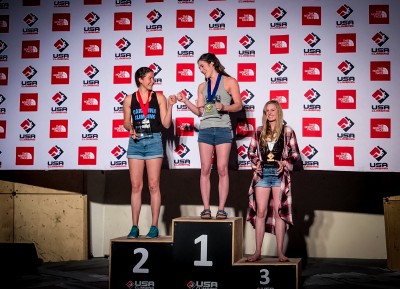 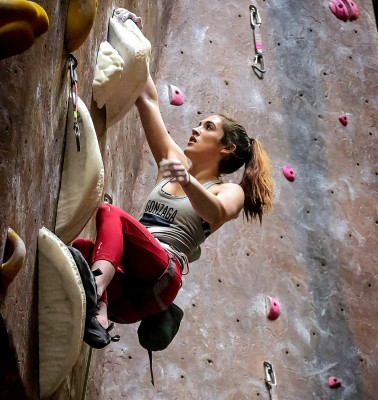