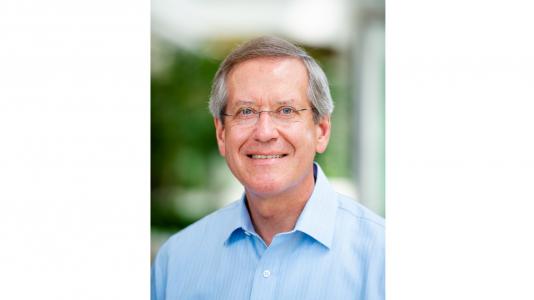 Charles “Chick” Macal, a Social, Behavioral, and Decision Science group leader in the Decision and Infrastructure Sciences division, recently earned the distinguished title of Fellow of the Society for Computer Simulation International (SCS).

Newswise — Charles M. ​“Chick” Macal, a modeling and simulation expert at Argonne, garnered the distinguished title of Fellow of the Society for Computer Simulation International for his 20 years in the field and his recent studies on COVID-19 spread.

Charles M. ​“Chick” Macal, the Social, Behavioral, and Decision Science group leader in the Decision and Infrastructure Sciences division at the U.S Department of Energy’s (DOE) Argonne National Laboratory, can now add Fellow of the Society for Computer Simulation International (SCS) to his list of accolades.

SCS, a global technical society that advances the use of modeling and simulation, recognized Macal in June for more than 20 years of contributions to the field. This included his recent studies on how the COVID-19 virus could spread in Illinois, which led him to become a sought-after expert. Macal received a pin and a plaque and will participate in a formal induction ceremony at a future SCS conference.

“I’m honored to be recognized by my professional peers throughout the world, who are doing computer simulations and building models to solve contemporary problems and understand how we can build a better future for ourselves through simulation.” — Charles M. ​“Chick” Macal, the Social, Behavioral, and Decision Science group leader in Argonne’s Decision and Infrastructure Sciences division

The SCS board of directors conferred this distinction upon Macal for his ​“outstanding accomplishments and contributions to the modeling and simulation field.”

“You have established a commendable reputation in the industry through the positions you have held and the advances you have made through teaching and professional publications,” SCS Chairman Björn Johansson said in a letter to Macal.

Andreas Tolk, another Fellow of the SCS, said Macal ​“is best known for his scholarly work in the domain of supporting interdisciplinary research with agent-based models. His 2010 article, ​“Tutorial on agent-based modelling and simulation,” published in the Journal of Simulation, has over 2,700 references, and overall, the number of citations to his work exceeds 11,300, which is also supported by his long list of keynotes, plenary addresses and distinguished speaker presentations.”

“I’m honored to be recognized by my professional peers throughout the world, who are doing computer simulations and building models to solve contemporary problems and understand how we can build a better future for ourselves through simulation,” said Macal, who is also a SCS member.

Macal, who began as a research associate at Argonne in 1975, is also an Argonne Distinguished Fellow. He now leads teams of interdisciplinary researchers developing new computational models and simulations of complex sociotechnical systems. He is a recognized global leader in the field of agent-based modeling and simulation and is a principal investigator for the development of the widely used Repast, an agent-based modeling toolkit. He has developed innovative computer simulation models in the areas of human health, energy systems, environmental sustainability, and technology adoption.

Macal has modeled the spread of multiple infectious diseases and, most recently, has supported the Chicago Department of Public Health and the Illinois Governor’s Modeling Task Force in forecasting the spread of COVID-19 in the city and understanding the effectiveness of proposed interventions.

“Simulation lets us understand the processes that operate in the real world,” said Macal. ​“It also allows us to simulate the world and how the future would potentially unfold in response to interventions that we could make.”

Besides his Argonne work, Macal was a visiting faculty member at the African Institute of Mathematical Sciences in Kigali, Rwanda in 2017, where he taught courses on the mathematics of infectious disease transmission. Macal holds Senior Fellow appointments at the University of Chicago Consortium for Advanced Science and Engineering and the Northwestern-Argonne Institute for Science and Engineering. He is a registered professional engineer in the state of Illinois and holds software copyrights for three systems: Enhanced Logistics Intra-Theater Support Tool (ELIST), Electricity Market Complex Adaptive System (EMCAS), and Agent-based Transportation Energy Assessment Model (ATEAM).

Besides SCS, he is a Senior Member of the Institute of Electrical and Electronic Engineers (IEEE) and the Association for Computing Machinery (ACM); and he serves on the editorial boards of several professional journals, including Simulation: Transactions of the Society for Modeling and Simulation International, the Journal of Simulation, and ACM Transactions on Modeling and Computer Simulation (TOMACS).

Macal’s development of the CityCOVID model and its application to Chicago by his team earned numerous honors in 2020, including the Secretary of Energy Achievement Award, Argonne Board of Governors/University of Chicago Distinguished Performance Award, and Argonne National Laboratory Impact Award. He also was a member of a team who was a finalist for the 2020 ACM Gordon Bell Special Prize for High Performance Computing-Based COVID-19 Research. In 2014, he won a Secretary of Energy Appreciation Award for his work on modeling Ebola spread.

“I’ve spent my career developing and building computer simulation models.  Argonne is a really great place to do this work, with our leadership computing program that keeps us at the frontiers of simulation and able to push the entire field forward,” Macal said.

Much of his research has been funded by the U.S. Department of Energy.