Beating HIV and COVID-19 may depend on tweaking vaccine molecules

Newswise — LA JOLLA—Designing a vaccine starts with finding the right ingredients. Every infectious agent has molecules, called antigens, that the immune system could potentially recognize and attack. So scientists must carefully consider which antigens should go into a vaccine.

Scientists know a lot about how to design vaccines, but there are many diseases that haven't been controlled through vaccination. HIV, for example, mutates quickly and is very good at hiding from the immune system, so it is hard for scientists to figure out which antigens to include in a vaccine.

In a new Immunity study, researchers at La Jolla Institute for Immunology (LJI) show that one way to improve the body's immune response to vaccines is to factor in antigen valency. Valency refers to the number of antibody binding sites on an antigen.

You can think of antigen valency like the nubbins on Lego pieces. With a higher valency, antibodies have more sites to latch onto. But including a higher antigen valency in a vaccine doesn't mean it works better.

"Different vaccines have vastly different valencies. Diphtheria toxin is a dimer, valency of 2. Hep B vaccine is 100–120," explains Kato. "There is no clear consensus as to how the differing valencies impact B cell responses since these antigens also differ in many other ways."

For the new study, the researchers worked closely with the LJI Microscopy Core and used an advanced imaging technique called two-photon microscopy to visualize the effects of valencies on B cell responses.

The researchers discovered that high-valency antigens can lead the body to make more antibody-producing B cells. It's like the immune system sees the many targets on these antigens and takes a scatter-shot approach at hitting them. In fact, a valency of 60 seems to be enough to boost B cell numbers, and a valency of four might be enough in many cases.

"Valency matters, but you don't need a valency of 1,000 engineered into your vaccine for it to make a difference," says LJI Professor Shane Crotty, Ph.D., who co-led the new study with Professor William Schief, Ph.D., of Scripps Research.

Low-valency antigens do lead to a smaller, more targeted B cell response. These B cells are rarer, but they are more likely to be sharp-shooters. These cells are said to have a "high affinity."

Scientists have known about valency for a long time, but it had been hard to test which antigen valencies would work best in vaccines.

A big problem is that different pathogens don't just differ in valency. They also have different structures, different modes of entering cells, and different strategies for evading the immune system. This means scientists studying the effects of valency are stuck comparing apples to oranges.

"Proteins are really unique, so we had to turn it into an apples-to-apples comparison," says Crotty.

To solve this problem, the researchers teamed up with the Schief lab at Scripps Research. Schief and his colleagues had developed versions of an HIV protein with antigen valencies that ranged from one to 60. These antigens were all based on proteins from HIV, making them superior to engineered antigens used for previous valency studies. The LJI and Scripps Research teams then worked together to test the antigens in mice.

"In collaboration with the Schief lab, we developed a platform that allowed us to display different antigens," says Kato. "This platform was designed in a way that allows us to compare responses in a fair way."

The researchers concluded that while vaccines need a valency of more than one binding site, choosing a valency of four over a valency of 60 doesn't have a big effect on B cell responses.

Valency will still be an important ingredient to consider in vaccine design. For example, because HIV is hard for the immune system to recognize, the B cells that target the virus are very rare. That means high-valency antigens could help boost those rare B cell populations by spurring a more-is-better immune system reaction.

Selecting antigens with the right valency will really depend on the disease scientists are trying to target. "Depending on the type of B cells we need to prime, we need to think about which valency may be best," says Kato.

Scientists may also need to consider valency when designing COVID-19 vaccines. Different labs around the world are testing vaccines that contain antigens with many different valencies. Which will work best? "It's definitely possible to address that question, and COVID researchers are playing with ways to exploit valency effects," Kato says.

“Dr. Kato did a beautiful job elucidating the impact of valency and several other molecular parameters on vaccine responses," adds Schief. "This has been a very rewarding collaboration, and we will certainly be using information from this study in our future vaccine designs for HIV, SARS-CoV-2 and other pathogens.”

The study, titled "Multifaceted effects of antigen 1 valency on B cell response composition  and differentiation in vivo," was supported by the National Institutes of Health (S10OD021831); the National Institute of Allergy and Infectious Diseases (Al100663, UM1 AI144462, AI048240);  the U.S. Department of Defense (award W911NF-18-2-0048); and the Ragon Institute of MGH, MIT, and Harvard.

Hospitalized COVID-19 patients who were taking a daily low-dose aspirin to protect against cardiovascular disease had a significantly lower risk of complications and death compared to those who were not taking aspirin, according to a new study led by researchers at the University of Maryland School of Medicine (UMSOM).

The drug tocilizumab (Actemra) does not reduce the need for breathing assistance with mechanical ventilation or prevent death in moderately ill hospitalized patients with COVID-19, according to a new study led by researchers at Massachusetts General Hospital (MGH).

New York Gov. Andrew Cuomo said that nursing homes "never needed" to accept patients who tested positive for COVID-19, but they did accept them

According to a report from the New York State Department of Health, "6,326 COVID-positive residents were admitted to [nursing home] facilities" following Cuomo's mandate that nursing homes accept the readmission of COVID-positive patients from hospitals. Therefore we rate his claim as false.

University of Minnesota Medical School physician researchers studied hydroxychloroquine as a treatment to prevent COVID-19 for those with high-risk for exposure to the virus - health care workers.

As the race for a COVID-19 vaccine intensifies, health care officials are reminding the public not to forget another important vaccine this fall: the flu shot. Flu season in the U.S. technically began in September, with illnesses expected to peak in December and February, according to the Centers for Disease Control (CDC). Less than half of Americans received a flu vaccine during the 2019-2020 flu season, and a staggering 405,000 hospitalizations and 22,000 deaths were attributed to influenza. 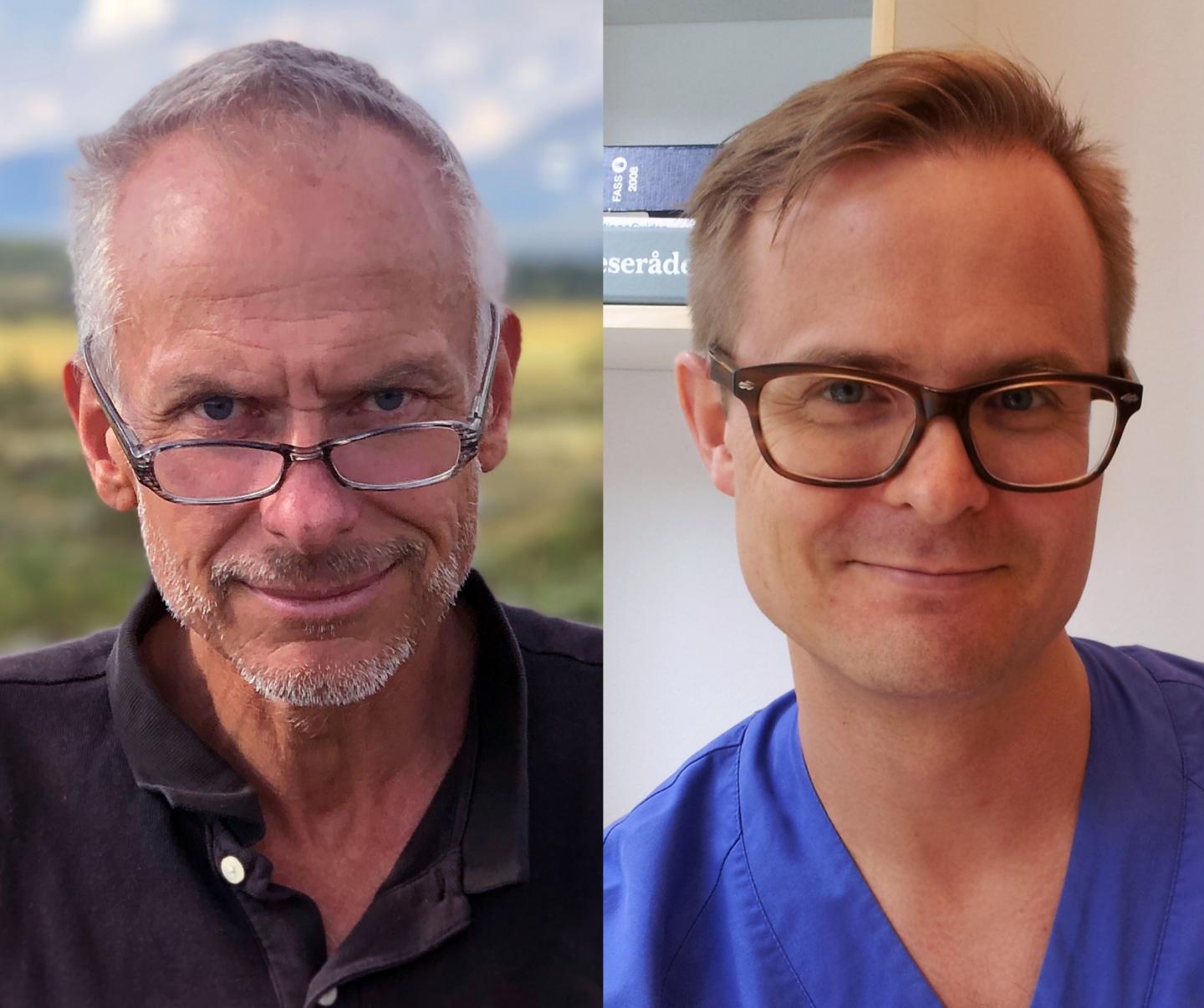 It is probably the immune response to, rather than the virus in itself, that causes sudden confusion and other symptoms from the nervous system in some patients with COVID-19. This is shown by a study of cases involving six Swedish patients, now published in the journal Neurology.

COVID-19 study: Meaning in life and self-control protect against stress

Numerous studies over the last few weeks have pointed out that the effects of the Corona pandemic on people's mental health can be enormous and affect large parts of the population.

A new portable “lab on a chip,” developed by the U-M scientists and demonstrated with help of the CDI, can identify the presence of COVID-19 antibodies in blood donors with greater speed and efficiency

Relieving the cost of COVID-19 by Parrondo's paradox

The outbreak of coronavirus disease 2019 (COVID-19) has spread rapidly across the globe at an alarming pace, causing considerable anxiety and fear among the general public.