Newswise — As the COVID-19 pandemic continues its global spread, vaccine development is on everyone’s mind. Indiana University’s John Patton is no exception.

Patton, associate professor of biology and Blatt Chair of virology in the College of Arts and Sciences at IU Bloomington, has been studying viruses for more than 30 years. His main focus has been on rotavirus. As many parents know, rotavirus can infect infants and young children, causing nausea and diarrhea. Today, most infants in the United States receive a rotavirus vaccine, meaning over the last 20 years or so, “rotavirus as the main cause of sending young kids to the hospital has disappeared,” Patton says.

That’s not the case in developing countries, however, where rotavirus vaccines have been less effective, for reasons that remain unclear. Patton and his laboratory colleagues have continued their research into the biology of rotavirus and its development as a vector for creating effective vaccines against other viruses.

Then came COVID-19. As the virus began racing from country to country, Patton realized in early February that his lab was primed to work on a COVID-19 vaccine.

“As a virologist,” Patton says, “I’m always thinking about other viruses, whether it’s flu or MERS or SARS. I’m always processing how I might go about investigating newly emerging viruses and uncovering methods for controlling their diseases.”

The potential solution Patton’s lab is working on now is unique. Instead of taking a “flu-like approach” to creating a new vaccine, Patton and his team are leveraging the lab’s ongoing work exploring rotavirus to develop a vaccine that will protect children against COVID-19.

"In a nutshell, we’re developing a dual vaccine that provides protection against both viruses."

"Designing vaccines for use in infants and young children is always a bit challenging,” he says. "It is an advantage that we are not creating an entirely new vaccine but modifying an existing vaccine that is already used in children very safely."

A vaccine for children is critical, according to Patton, because despite the impression that the novel coronavirus is affecting only adults, children are getting infected, in some cases, leading to significant illness. And recent research has suggested that infants and preschool-aged children are more prone to severe disease than school-aged children.

But even more important, Patton notes, is that children can be asymptomatic carriers, spreading COVID-19 disease throughout families and communities.

"Long term, we will likely need to vaccinate infants and newborns, if we are to control this virus," he says.

For now, Patton and his laboratory team are working hard to balance safety and progress as they move forward with developing new strains of viruses that contain the COVID-19 spike protein. Within a few months, Patton hopes they will be start to see if the new strains will work to produce the desired antibody response.

Assuming the vaccine strains are viable, and Patton is feeling very good about their potential, the next step is testing to make sure the vaccine is "safe, safe, safe" for humans, Patton says, and that it does reduce the severity of their disease.

In the current extraordinary circumstances, the vaccine development pipeline is being sped up from its typical years-long timeline. Ideally, Patton says, in 12-18 months, "we will know if it is possible to scale up to the many millions of doses that will be needed for controlling the COVID-19 pandemic by immunization." 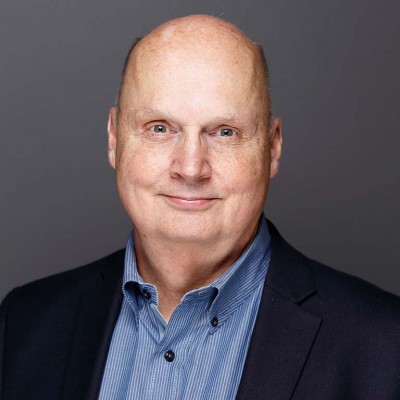 Caption: John Patton, associate professor of biology and Blatt Chair of virology in the College of Arts and Sciences at IU Bloomington 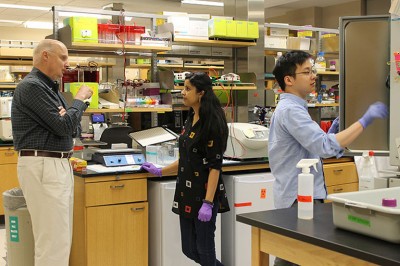