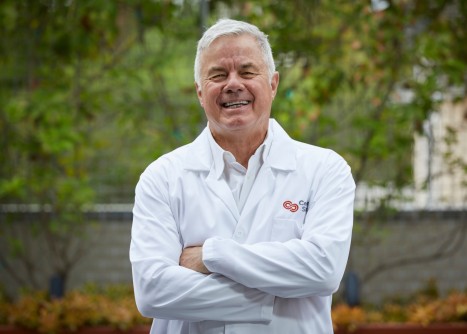 Cedars-Sinai has applied for a patent for a rapid T-cell immunity test developed by a team led by transplant immunology expert Stanley C. Jordan, MD. 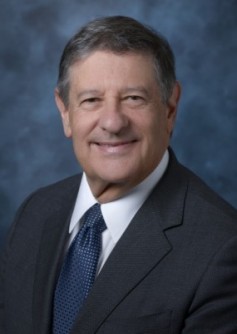 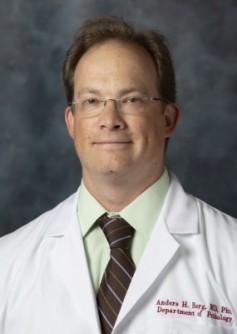 Newswise — LOS ANGELES -- When it comes to COVID-19 immunity, antibodies do not tell the whole story, according to Cedars-Sinai professor of Medicine Stanley C. Jordan, MD.

Jordan should know. As director of the Comprehensive Transplant Center’s Human Leukocyte Antigen and Transplant Immunology Laboratory, he is a widely recognized expert in immunology who invented a process 20 years ago to make incompatible kidney donors and recipients compatible.

Now, the research team Jordan leads has developed a rapid test of a patient’s COVID-19 immunity that goes beyond measuring antibody levels. Cedars-Sinai has filed a patent application for this novel test.

“Even in the medical field, most people just look at antibody levels when they are assessing a patient’s risk for virus infection,” Jordan said. “They think that if you don’t have antibodies, you are not immune to the virus, and that’s just not true.”

Jordan has outlined his discoveries on T-cell immunity in six studies and two letters to the editor in prestigious journals. The first study published in September 2021. Jordan also gave a featured presentation at the American Transplant Congress in June.

T cells play an important role in the body’s immune response. Some T cells act as “killer” cells, attacking cells that have already been infected by a virus. Other “helper” T cells assist the immune system in creating antibodies. Importantly, T cells provide the immune system with a longer-term “memory” than antibodies do, so while a person’s antibodies may fade in the weeks and months after a viral infection (or vaccination), T cells remember how to respond to a virus, and this enables them to mount an attack more quickly the next time that person becomes infected.

When it comes to COVID-19, Jordan’s team strives to understand just how long this type of immunity lasts, both in patients who have had the virus and in those who have been vaccinated against it.

The test developed by Jordan’s team is called a cytokine flow cytometry T-cell assay, which requires a blood draw of less than 5 cubic centimeters and takes less than 24 hours to deliver results. It tells doctors how many T cells the patient has, and identifies them as either “killer” or “helper” T cells.

“Dr. Jordan and his team of investigators have a stellar track record of inventions that have led to thousands of transplant recipients regaining their health and returning to their families,” said Shlomo Melmed, MB, ChB, executive vice president of Academic Affairs, dean of the Medical Faculty and the Helene A. and Philip E. Hixon Distinguished Chair in Investigative Medicine. “Their new test for COVID-19 immunology will give peace of mind to millions of immunocompromised people.”

“What we’re trying to do is get an immune profile of the patients and learn what is their susceptibility to infection and disease from the virus,” said Anders Berg, MD, PhD, associate professor of Pathology at Cedars-Sinai.

In the initial study, published in Cellular & Molecular Immunology, Jordan’s team used this test and found individuals who had either been infected with the original, “ancestral” variant of the SARS-CoV-2 virus or who had received the COVID-19 vaccination had strong T-cell responses to emerging variants of concern, including the Delta variant. This suggests that, for the most part, people who have been infected with or vaccinated against one variant of the SARS-CoV-2 virus maintain some level of long-term immunity to most other variants. In these individuals, the T cells are recognizing a structure, known as a spike protein, common to these variants. The Omicron variant appears to be the exception because the Omicron spike protein is structured differently, making it harder for T cells to recognize. This explains why the Omicron variant spreads so easily.

“This work is of particular importance when it comes to transplant recipients, many of whom are on immunosuppressant therapies to prevent organ rejection,” Jordan said.

These immunosuppressant therapies are intended to prevent the immune system from attacking the donor organ, which could be perceived by the body as an intruder and therefore a threat, but they also tend to inhibit the immune system’s ability to attack external threats, like viruses.

Jordan and his team are currently using the rapid test to monitor the immune systems of Cedars-Sinai transplant patients. For transplant recipients who are already performing a complex balancing act between risk and quality of life, this novel monitoring method is an invaluable tool.

“Translating this research to the clinical side arms patients with more information and helps them with their decision making,” Jordan said.

The team hopes to be able to use the test for other immunocompromised individuals, like those with cancer or autoimmune diseases.

“I see that as being the next step—understanding how we can partner with colleagues in hematology, oncology, neurology and rheumatology to set up profiling of immune responses that would help gauge patients’ risk for serious infection from coronaviruses,” Jordan said.

How Long Does T-Cell Immunity Last?

SARS-CoV-2 is still a relatively new virus, so scientists like Jordan and his team are still working to determine exactly how long T-cell immunity to it lasts, but they have some clues.

In 2008, a multi-institutional group of researchers studied 32 patients who had been alive in 1918, during the H1N1 influenza pandemic that infected 500 million people and killed 50 million people worldwide. The patients, who were between the ages of 2 and 12 during that pandemic, were now in their 90s or older, yet they still had T cells and B cells specific to that 1918 H1N1 virus—90 years later.

More recently, researchers in Singapore analyzed patients who were infected with the SARS-CoV-1 virus 17 years ago, and found that the patients had strong T-cell responses to the virus when exposed to SARS-CoV-2.

“Taken together, these studies suggest that T-cell responses can be extremely long-lasting and cross-reactive, potentially even following some people throughout a lifetime,” Jordan said.

Read more in Discoveries: Being Patient: The Delicate Timing of Organ Transplantation