‘Lots of our political disputes focus on how to slice the pie, but enlarging the pie is half the problem’

The COVID-19 pandemic, which has disproportionately impacted racial minorities, combined with the Black Lives Matter movement, has created an historic opportunity to address systemic racism and inequality in the U.S., according to John N. Robinson III, assistant professor of sociology in Arts & Sciences at Washington University in St. Louis.

But while Biden’s executive orders are an important first step, they’re just that — a first step. There is still much work to do.

“It’s important to remember that Biden’s ‘agenda’ is in many ways not his own. It’s because of ongoing political engagement and pressure that Biden feels it necessary to pursue these aims, and that we have this historic opportunity before us,” Robinson said. “By all means, we need to keep that pressure going, which means that we need to maintain a different kind of relationship to a Biden administration than we had with Obama.”

Robinson has spent his academic career studying the ways in which public policy and government institutions reinforce racial discrimination and inequality. His research, “Making Markets on the Margins: Housing Finance Agencies and the Racial Politics of Credit Expansion,” published in the American Journal of Sociology, reveals the contentious politics surrounding the federal initiatives of the 1960s and ’70s to broaden financial access for poor renters in communities of color, which unintentionally sparked the rise of state Housing Finance Agencies (HFAs). Read more here.

He offered the following perspective on Biden’s recent executive orders.

Much of the focus of these executive orders is acknowledging the federal government’s role in systemic racism, but little is known about how they will correct these injustices. What actions do you hope Biden’s administration will take? What should the initial priorities be?

I would love to see a COVID relief plan specifically for racial minorities — especially Black and Hispanic Americans — that could be implemented quickly. This pandemic is proving to be an existential threat to their health and economic well-being, and we are seeing predictable disparities in things like vaccinations and therapies.

Biden’s initial priorities are around housing, health and criminal justice, which is great. But I would add that I’d also love to see the administration attend not just to these usual areas, but also to reforms that enlarge the pie of public resources through ambitious wealth transfer. In other words, I hope Biden is talking to Sens. Elizabeth Warren and Bernie Sanders, because the kind of structural reforms they advocate for are indispensable to making racial equity possible in our society.

I think this part is also important for linking racial equity to a broader agenda of economic justice that also reaches rural, white areas. Lots of our political disputes focus on how to slice the pie, but enlarging the pie is half the problem, and the best way to do that is to finally make the wealthy pay their fair share.

While the above speaks to the administration’s plan for enacting real change in terms of policy outcomes, I would also love to see Biden’s team be intentional about changing the perception of public policy. On the one hand, there are certain longstanding constraints on public policy in the U.S. that are rooted in people’s perceptions of government. These include white/conservative backlash and opposition to state intervention in the human services arena — in part because they’ve been misled about the government’s role in making possible their own economic mobility. There’s also widespread mistrust of government among marginalized groups due to the state’s ongoing role in perpetuating discrimination and oppression.

“Biden’s challenge is not only to change the reality, but also to influence public perceptions so that people from different walks of life can see that government can be a force for good in their lives.”

On the other hand, my sense is that the Obama administration, despite some achievements, ultimately failed to overcome these constraints, in part because Obama’s tendency was to expand government provision in indirect and therefore less conspicuous ways, and at times he seemed caught blindsided by the entrenched opposition against his agenda. Those constraints were in turn exacerbated by Trump, which I would argue has really handicapped the state’s ability to do anything useful in our time of most need.

In light of all of this, Biden’s challenge is not only to change the reality, but also to influence public perceptions so that people from different walks of life can see that government can be a force for good in their lives.

A simple answer is that success will look like much less racial and economic inequality across the board.

And again, it will also look like changing political discourse. It should be hard for Republicans to fall back on their tried-and-true crusades against the very idea of government intervention. Recall Reagan’s words that the scariest thing to hear is “Hi, I’m from the government, and I’m here to help.”

Pregnant women who are hospitalized with COVID-19 and viral pneumonia are less likely than non-pregnant women to die from these infections, according to a new study by researchers with The University of Texas Health Science Center at Houston (UTHealth) and the University of Maryland School of Medicine (UMSOM).

A single intranasal dose of a COVID-19 vaccine candidate created by Altimmune Inc. provides sterilizing immunity in the lungs of vaccinated animals. In contrast, non-vaccinated animals showed dense pulmonary infection and disease following infection with the virus that causes COVID-19. 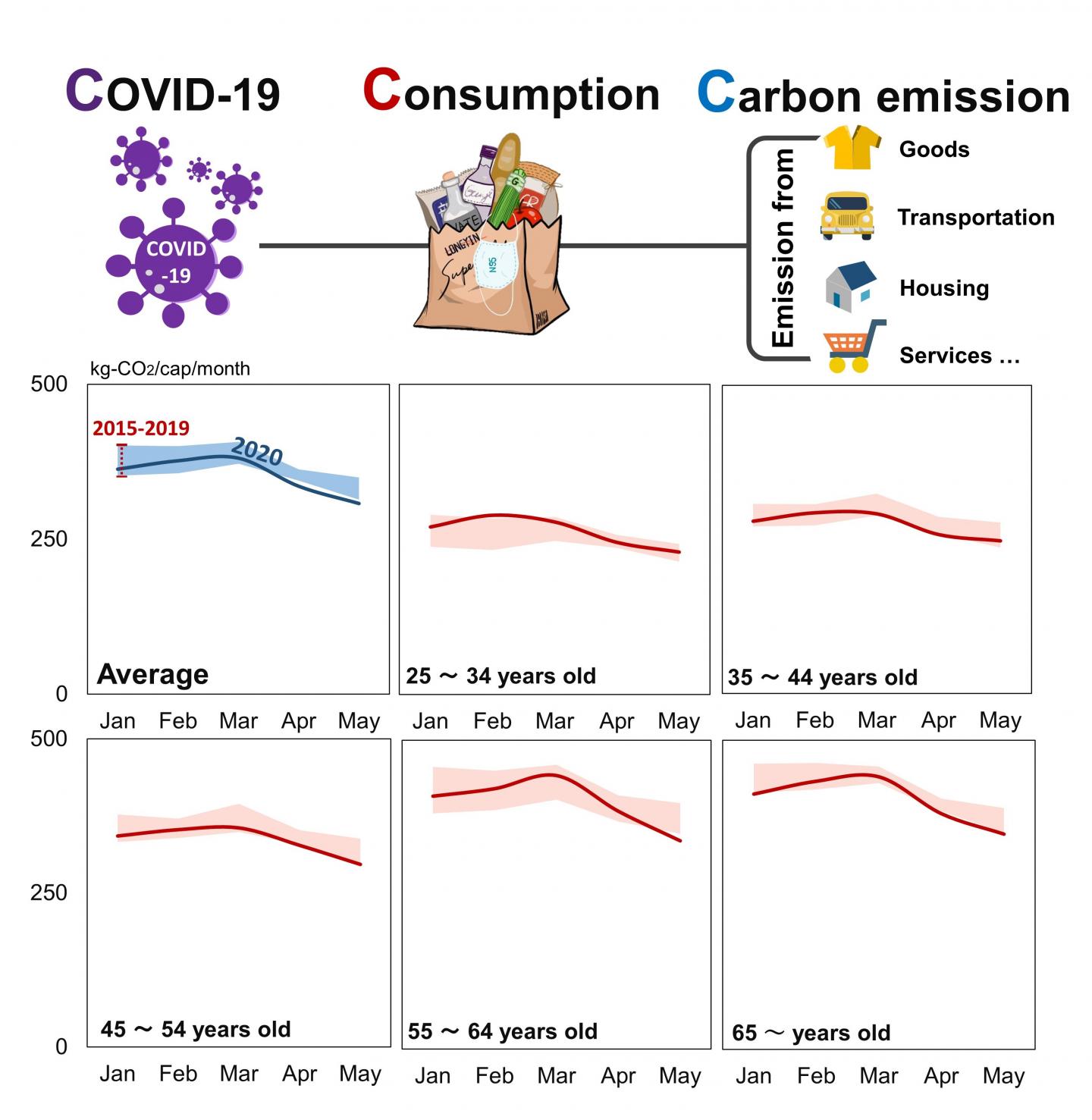 Despite the rapid and significant changes in consumption patterns witnessed during the initial months of the COVID-19 pandemic, Japanese households maintained their normal levels of greenhouse gases emissions.

Most people who are infected with SARS-CoV-2 develop no or only mild symptoms.

A reporter's PressPass is required to access this story until the embargo expires on 12-May-2021 12:05 AM EDT The Newswise PressPass gives verified journalists access to embargoed stories. Please log in to complete a presspass application. If you have not yet registered, please Register. When you fill out the registration form, please identify yourself as a reporter in order to advance to the presspass application form.

A trip to visit family in India gave an SDSU researcher a unique opportunity to improve delivery of an antiseptic nasal spray to help prevent COVID-19.