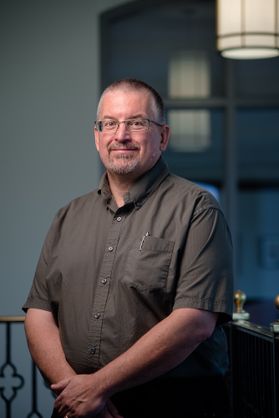 With fears over the novel coronavirus shuttering the sports world, Brad Humphreys, economics professor at West Virginia University, said the long-term economic impact could be “substantial” and “uncertain.”

Humphreys, whose area of expertise is the economics and financing of sports, has authored several peer-reviewed papers and testified twice before the U.S. Congress on the economic impact of professional sports teams and facilities.

As of Thursday (March 12), the threat of COVID-19 had caused the NBA and NHL to suspend their seasons, the cancellation of the NCAA basketball conference tournaments and the postponement of MLB spring training.

“In general, sports teams earn revenues from selling tickets, media broadcast rights, and corporate sponsorship. Sponsorship contracts tend to be long term, so a short run interruption of play likely will not affect this source of revenues.”

“The long-term impact of disruption of play on broadcast rights fees could be substantial. TV networks and sports networks like ESPN will likely be willing to pay less for the rights to broadcast sporting events if they anticipate future disruptions in play due to the cancellation of games.”

“For example, the NCAA signed an $8.8 billion broadcast rights deal with CBS/WarnerMedia to broadcast the NCAA Men’s basketball tournament through 2032.  This contract is the primary source of revenues for the NCAA, and also financially benefits college sports conferences and teams. A cancellation of the tournament would mean no supply of games for CBS and its affiliated stations to broadcast. This would put a substantial hole in the broadcast schedule for almost a month, and would lead to ratings declines and potentially ad revenues. Without knowing the exact terms of the contract, it is difficult to determine what redress, if any, CBS/WarnerMedia would have.”

“In terms of ticket sales and attendance, the short-run impact depends on the details of the refund policy in place in each league. Many tickets to sporting events are sold in advance to season ticket holders or individual game attendees, and the economic impact on teams (and conferences in the case of college sports) will depend on the terms of sale, which differ across sports. For example, MLB tickets for games canceled are not refundable, but can be exchanged for tickets to future games. In any event, refunds for tickets sold to canceled sporting events represents little economic hardship for teams and leagues in the short-term, except for transaction costs generated by the refund process.”

“Little research focuses on the role played by habit formation in the decision by fans to attend games. One paper that does address this topic, my paper “Are Fair Weather Fans Affected by Weather? Rainfall, Habit Formation, and Live Game Attendance” written with Qi Ge and Kuhn Zhou and recently published in the Journal of Sports Economics, finds evidence of strong habit formation among fans attending MLB games. This paper uses rainfall as an exogenous shock to the cost of fan attendance.  If these results generalize to other sports, then the long-term impact of game cancellation on attendance will be small.”