How the coronavirus could be prevented from invading a host cell 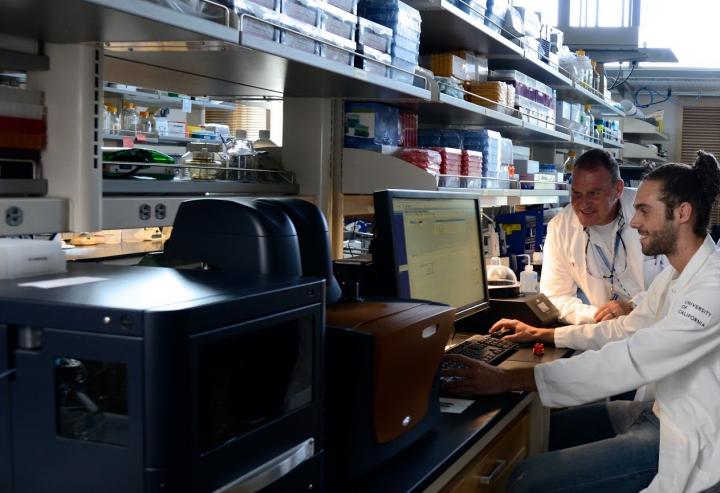 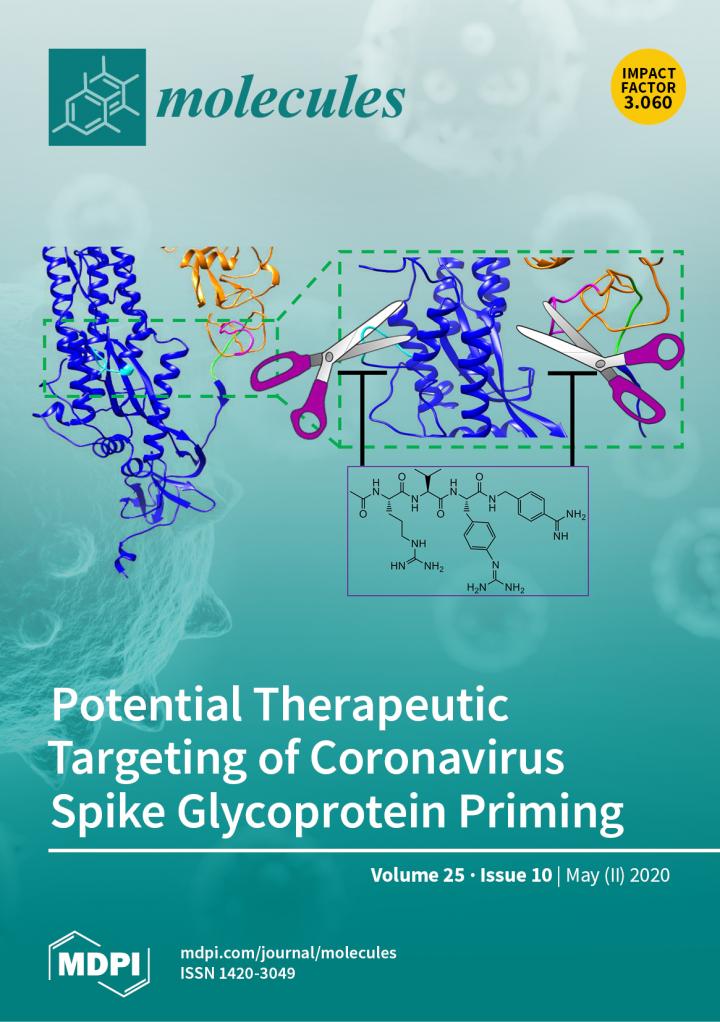 Newswise — RIVERSIDE, Calif. -- How might the novel coronavirus be prevented from entering a host cell in an effort to thwart infection? A team of biomedical scientists has made a discovery that points to a solution.

The scientists, led by Maurizio Pellecchia in the School of Medicine at the University of California, Riverside, report in the journal Molecules that two proteases -- enzymes that break down proteins -- located on the surface of host cells and responsible for processing viral entry could be inhibited. Such protease inhibition would prevent SARS-CoV2, the coronavirus responsible for COVID-19, from invading the host cell.

The research is featured as the cover story of the journal (Volume 25, Issue 10).

The outer surface of coronaviruses contains a critical protein called spike glycoprotein, or S-glycoprotein. Responsible for giving the coronavirus its typical crown shape, the S-glycoprotein is essential for the entry of viral particles into host cells. Host cell proteases, however, must first process or cut this viral surface protein to allow the virus to enter the cells.

Pellecchia's lab and others have recognized that in addition to a previously identified protease called TMPRSS2, the new SARS-CoV2 coronavirus could also be processed by an additional human protease, called furin, for viral entry.

"The use of the host protease furin for processing is a common mechanism of cell entry by both viral fusion proteins and certain bacterial toxins," said Pellecchia, a professor of biomedical sciences, who led the research team. "SARS-CoV2 uses this mechanism also. The nature of the 'proteolytic cleavage' in its S-glycoprotein can determine whether this virus can be transmitted across species, for example from bats or camels to humans."

A fusion protein combines the attributes of more than one protein. Proteolytic cleavage refers to the process of breaking the peptide bonds between amino acids in a protein, which results in cutting the protein.

The coronavirus S-glycoprotein contains three cleavage sites that human host proteases process. The exact nature and sequence of these cleavage sites, and their respective processing proteases, can determine the level of pathogenicity and whether the virus can cross species.

Pellecchia explained that the anthrax toxin, similar to SARS-CoV2, requires processing by human furin to infect macrophages, a type of white blood cell. Using anthrax toxin as model system, his team found an inhibitor of both TMPRSS2 and furin in cellular and animal models can efficiently suppress cell entry by the toxin.

"We found, however, that camostat is a poor furin inhibitor," Pellecchia said. "Our current study, therefore, calls for the development of additional protease inhibitors or inhibitor-cocktails that can simultaneously target both TMPRSS2 and furin and suppress SARS-CoV2 from entering the host cell."

Pellecchia added that until now the presence of a furin cleavage site in SARS-CoV2 had been linked to increased pathogenicity. But genetic elimination of furin in cellular laboratory studies failed to stop viral entry, suggesting TMPRSS2 remains the most relevant protease.

Using peptide sequences from SARS-CoV2 S-glycoprotein, however, his team has now demonstrated the new mutations in this coronavirus strain resulted in efficient and increased processing of viral entry by furin and TMPRSS2.

"In other words, SARS-CoV2, unlike other less pathogenic strains, can more efficiently use both proteases, TMPRSS2 and furin, to start the invasion of host cells," Pellecchia said. "While TMPRSS2 is more abundant in the lungs, furin is expressed in other organs, perhaps explaining why SARS-CoV2 is capable of invading and damaging multiple organs."

Pellecchia's lab has already identified potent and effective preclinical inhibitors of furin and demonstrated these inhibitors could be developed as potential COVID-19 therapeutics, perhaps in combination with drugs such as camostat, the TMPRSS2 inhibitor.

"We are seeking additional funding to pursue the design and development of dual inhibitors that can simultaneously target both TMPRSS2 and furin," Pellecchia said. "The funding would allow us to explore new possible effective therapeutics against COVID-19 and support studies that could have far reaching applications to ward off possible future pandemics resulting from similar activating mutations in other viral strains."

Pellecchia, who holds the Daniel Hays Chair in Cancer Research at the UCR School of Medicine, was joined in the research by Elisa Barile, Carlo Baggio, and Luca Gambini of UCR; and Sergey A. Shiryaev and Alex Y. Strongin of the Sanford Burnham Prebys Medical Discovery Institute in La Jolla.

The study was supported by grants to Pellecchia from the National Institutes of Health.

The University of California, Riverside (http://www.ucr.edu) is a doctoral research university, a living laboratory for groundbreaking exploration of issues critical to Inland Southern California, the state and communities around the world. Reflecting California's diverse culture, UCR's enrollment is more than 24,000 students. The campus opened a medical school in 2013 and has reached the heart of the Coachella Valley by way of the UCR Palm Desert Center. The campus has an annual statewide economic impact of almost $2 billion. To learn more, email news@ucr.edu.

Sweden’s controversial decision not to lock down during COVID-19 produced more deaths and greater healthcare demand than seen in countries with earlier, more stringent interventions, a new analysis finds.

The COVID-19 pandemic has introduced unique challenges for public health practitioners and health communicators that warrant an expansion of existing health communication principles to take into consideration.

Collectivism drives efforts to reduce the spread of COVID-19

Research from the University of Kent has found that people who adopt a collectivist mindset are more likely to comply with social distancing and hygiene practices to help reduce the spread of COVID-19.

University of Wisconsin–Madison researchers have developed a safer and more efficient way to deliver a promising new method for treating cancer and liver disorders and for vaccination — including a COVID-19 vaccine from Moderna Therapeutics that has advanced to clinical trials with humans.

Research out today in the journal Cell shows that a specific change in the SARS-CoV-2 coronavirus virus genome, previously associated with increased viral transmission and the spread of COVID-19, is more infectious in cell culture.

Two variants of the novel coronavirus (SARS-CoV-2), called G614 and D614, were circulating in mid-March. A new study shows that the G version of the virus has come to dominate cases around the world. They report that this mutation does not make the virus more deadly, but it does help the virus copy itself, resulting in a higher viral load, or "titer," in patients.

A new research study provides possible explanations for COVID-19 patients who present with extremely low, otherwise life-threatening levels of oxygen, but no signs of dyspnea (difficulty breathing). This new understanding of the condition, known as silent hypoxemia or “happy hypoxia,” could prevent unnecessary intubation and ventilation in patients during the current and expected second wave of coronavirus.

Stemming the Spread of Misinformation on Social Media

New research reported in the journal Psychological Science finds that priming people to think about accuracy could make them more discerning in what they subsequently share on social media.

People with endocrine disorders may see their condition worsen as a result of COVID-19, according to a new review published in the Journal of the Endocrine Society.