Heparin, a common anitcoagulent, could also form basis of a viral trap for SARS-CoV-2

In a test of antiviral effectiveness against the virus that causes COVID-19, an extract from edible seaweeds substantially outperformed remdesivir.

Newswise — TROY, N.Y. — In a test of antiviral effectiveness against the virus that causes COVID-19, an extract from edible seaweeds substantially outperformed remdesivir, the current standard antiviral used to combat the disease. Heparin, a common blood thinner, and a heparin variant stripped of its anticoagulant properties, performed on par with remdesivir in inhibiting SARS-CoV-2 infection in mammalian cells.

Published online today in Cell Discovery, the research is the latest example of a decoy strategy researchers from the Center for Biotechnology and Interdisciplinary Studies (CBIS) at Rensselear Polytechnic Institute are developing against viruses like the novel coronavirus that spawned the current global health crisis.

The spike protein on the surface of SARS-CoV-2 latches onto the ACE-2 receptor, a molecule on the surface of human cells. Once secured, the virus inserts its own genetic material into the cell, hijacking the cellular machinery to produce replica viruses. But the virus could just as easily be persuaded to lock onto a decoy molecule that offers a similar fit. The neutralized virus would be trapped and eventually degrade naturally.

Previous research has shown this decoy technique works in trapping other viruses, including dengue, Zika, and influenza A. To hear the researchers discuss their findings, watch this video.

“We’re learning how to block viral infection, and that is knowledge we are going to need if we want to rapidly confront pandemics,” said Jonathan Dordick, the lead researcher and a professor of chemical and biological engineering at Rensselaer Polytechnic Institute. “The reality is that we don’t have great antivirals. To protect ourselves against future pandemics, we are going to need an arsenal of approaches that we can quickly adapt to emerging viruses.”

The Cell Discovery paper tests antiviral activity in three variants of heparin (heparin, trisulfated heparin, and a non-anticoagulant low molecular weight heparin) and two fucoidans (RPI-27 and RPI-28) extracted from seaweed. All five compounds are long chains of sugar molecules known as sulfated polysaccharides, a structural conformation that the results of a binding study published earlier this month in Antiviral Research suggested as an effective decoy.

The researchers performed a dose response study known as an EC50 — shorthand for the effective concentration of the compound that inhibits 50% of viral infectivity — with each of the five compounds on mammalian cells. For the results of an EC50, which are given in a molar concentration, a lower value signals a more potent compound.

A separate test found no cellular toxicity in any of the compounds, even at the highest concentrations tested.

“What interests us is a new way of getting at infection,” said Robert Linhardt, a Rensselaer professor of chemistry and chemical biology who is collaborating with Dordick to develop the decoy strategy. “The current thinking is that the COVID-19 infection starts in the nose, and either of these substances could be the basis for a nasal spray. If you could simply treat the infection early, or even treat before you have the infection, you would have a way of blocking it before it enters the body.”

Dordick added that compounds from seaweed “could serve as a basis for an oral delivery approach to address potential gastrointestinal infection.”

In studying SARS-CoV-2 sequencing data, Dordick and Linhardt recognized several motifs on the structure of the spike protein that promised a fit compatible with heparin, a result borne out in the binding study. The spike protein is heavily encrusted in glycans, an adaptation that protects it from human enzymes which could degrade it, and prepares it to bind with a specific receptor on the cell surface.

“It’s a very complicated mechanism that we quite frankly don’t know all the details about, but we’re getting more information,” said Dordick. “One thing that’s become clear with this study is that the larger the molecule, the better the fit. The more successful compounds are the larger sulfated polysaccharides that offer a greater number of sites on the molecules to trap the virus.”

Molecular modeling based on the binding study revealed sites on the spike protein where the heparin was able to interact, raising the prospects for similar sulfated polysaccharides.

“This exciting research by Professors Dordick and Linhardt is among several ongoing research efforts at CBIS, as well as elsewhere at Rensselaer, to tackle the challenges of the COVID-19 pandemic through novel therapeutic approaches and the repurposing of existing drugs,” said CBIS Director Deepak Vashishth.

“Sulfated polysaccharides effectively inhibit SARS-CoV-2 in vitro” was published in Cell Discovery with the support of the National Research Foundation of Korea. At Rensselaer, Dordick and Linhardt were joined in the research by Paul S. Kwon, Seok-Joon Kwon, Weihua Jin, Fuming Zhang, and Keith Fraser, and by researchers at the Korea Research Institute of Bioscience and Biotechnology in Cheongju, Republic of Korea, and Zhejiang University of Technology in Hangzhou, China.

Researchers at Binghamton University, State University of New York studied Twitter communications to understand the societal impact of COVID-19 in the United States during the early days of the pandemic.

A severe skin infection in the orbital area (around the eye) may represent an unusual complication of COVID-19, according to a patient report published in The Journal of Craniofacial Surgery. The journal is published in the Lippincott portfolio by Wolters Kluwer.

Chula Pharmacy prepares to test “Baiya Vaccine” a Thai vaccine against COVID–19 by “Baiya Phytofarm“, a Chula startup. The vaccines have been produced at the first plant in Asia that manufactures plant–based vaccines for humans. Clinical trials with volunteers and the research for the second–generation vaccine to fight the virus variants are to commence in September 2021.

University of South Australia architectural historian Dr Julie Collins says that, if history is anything to go by, the COVID-19 pandemic could have a lasting impact on how – and where – we live.

Rush University Medical Center will require all staff, contractors and volunteers to be fully vaccinated for COVID-19 by October 1.

Scientists have developed a statistical framework that incorporates key COVID-19 data to model the true prevalence of this disease in the U.S. Their approach projects that in the U.S. as many as 60% of COVID-19 cases went undetected as of March 7, 2021. 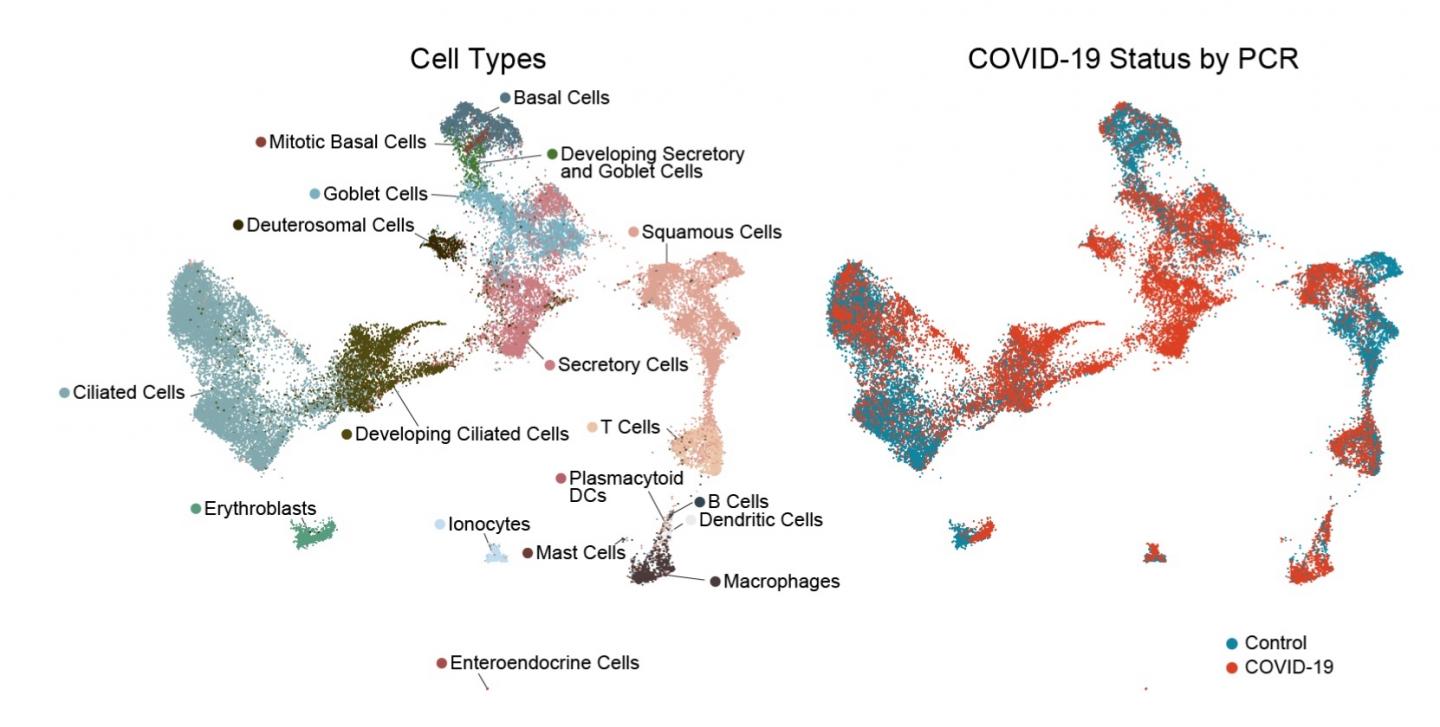 Why Do Some People Get Severe COVID-19? The Nose May Know

The body's first encounter with SARS-CoV-2, the virus behind COVID-19, happens in the nose and throat, or nasopharynx.

Broad Institute of MIT and Harvard