Medical Researcher Aims to Glimpse Inside the “Minds” of Viral Killers

At the Center for Virus-Host-Innate Immunity at Rutgers, Ricardo Rajsbaum is turning the tables on the war against viruses 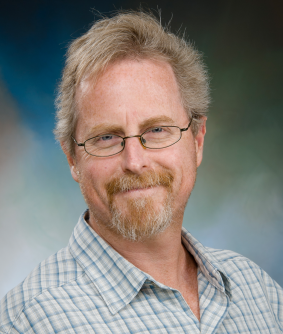 Newswise — Ricardo Rajsbaum understands killers. Like a criminal investigator tracking prey, the Rutgers virologist spends his days researching the enemy. Rather than obsessing over a madman’s next move, however, Rajsbaum’s focus is on the microscopic viruses that infect human cells – sometimes with deadly consequences.

“To protect people from pathogens like Ebola, Zika or severe acute respiratory syndrome (SARS), we need insight into how they operate,” said Rajsbaum, an associate professor in the Center for Immunity and Inflammation. “It’s that aspect of the science that my lab brings to the table.”

Rajsbaum relocated his lab from the University of Texas Medical Branch (UTMB) to Rutgers University, where he is developing the Center for Virus-Host-Innate Immunity (CVHII) at the New Jersey Medical School in Newark.

Among the center’s research is understanding how viruses hijack the ubiquitin system, which helps regulate protein function, stability and disposal in healthy cells. One approach some viruses use is targeting the enzymes that transfer ubiquitin, the tripartite motif proteins, which are important players in immune responses. Viruses can hijack this cellular machinery, ultimately promoting virus replication. Researchers at CVHII, with funding from the National Institutes of Health, are trying to determine how this hijacking occurs, and how to stop it.

Another area of research looks at cell defenses when infected with viruses such as influenza or SARS, while a third pillar is focused on examining host-pathogen interactions – namely, how viruses and the immune system adapt to the other.

Rajsbaum said researching how viruses work is just as important as understanding how bodies respond.

“We would never have viruses if the immune response was perfect, but it works the other way, too,” he said. “Ebola is an imperfect virus because it kills its hosts quickly and it’s most transmissible when people are very sick, which makes it easier to limit transmission.”

COVID-19, on the other hand, is highly efficient. It disarms immune defenses well, can adapt and replicate and is respiratory and easily transmitted. It can even be passed on when people are asymptomatic, a “nightmare” scenario, Rajsbaum said.

A crucial goal of the center will be working with other Rutgers researchers to keep the nightmare from resurfacing. “If there’s going to be a more dangerous variant of SARS, we’ll try to predict it and prepare a response,” he said.

Rajsbaum’s move to Rutgers was fueled by a desire to collaborate with the university’s faculty in immunology, led by the Institute for Infectious and Inflammatory Diseases and the Center for Immunity and Inflammation. Rajsbaum also wanted to help Rutgers expand pandemic research under David Alland, director of the Center for COVID-19 Response and Pandemic Preparedness.

Rajsbaum joins Rutgers along with partner and COVID-19 collaborator Robin Stephens, an associate professor in the Center for Immunity and Inflammation, and newly appointed Director of Neuroinflammation. Stephens, who was a full professor at UTMB, is an expert on pathology and immunology of malaria and COVID-19.

Born in Mexico where he completed his BSc, Rajsbaum then trained in Boston, the United Kingdom and Israel, and completed his postdoctoral training at Mount Sinai School of Medicine in New York. An avid scuba diver who credits Albert Einstein as a hero, Rajsbaum said he draws scientific inspiration from travel.

“Science is done differently around the world,” he said. “Every country has a different way of approaching problems and asking questions. When people from different backgrounds interact, the science they produce is always better. If the pandemic taught us anything, it’s that effective global solutions require global scientific cooperation.”