To learn more about The Resilience Project, watch a short video here.

Newswise — New York, NY (April 13, 2020) — Researchers at Mount Sinai have launched a new app in conjunction with the Lyme Campaign to uncover new treatments and preventive strategies for tick-borne diseases by studying people who are resistant or resilient to them.

The campaign, which is seeking thousands of participants, is the first undertaken by The Resilience Project, a large multi-phase effort that includes researchers collaborating with “resilient” people who should have a disease—whether through exposure or genetics—but lack typical signs or symptoms.

While most efforts to cure diseases focus on identifying the factors that make people susceptible to disease, the Mount Sinai team is turning that notion on its head to examine those that protect people.

“Through the Resilience Project, we want to give everyone a chance to collaborate in the discovery and decoding of people with potential protective factors against disease,” says Jason Bobe, MSc, Associate Professor of Genetics and Genomic Sciences at the Icahn School of Medicine at Mount Sinai and Principal Investigator of the Resilience Project Study. “We hope people will rally to help find individuals who escaped a disease and connect them to research.”

As part of the Lyme Campaign, the project will focus on identifying people who are resistant or resilient to ticks and tick-borne diseases including Lyme disease. The project is seeking individuals with laboratory test results that indicate an exposure to the bacteria that cause Lyme disease, but who have never been treated with antibiotics and lack typical signs and symptoms of the disease. The project is also looking for individuals with high exposure to ticks—such as forestry workers, gardeners, or landscapers—who either experience bite reactions including pain, swelling, and itching, or those who become immune to ticks and are no longer bitten by bugs.

The campaign will include partnerships with collaborating labs, disease foundations, patient groups, and other mission-driven organizations. These ongoing efforts include analyzing hundreds of outdoor workers on Long Island who have high exposure to ticks with Ben Luft, MD, at the Stony Brook University School of Medicine; collaborating with Uri Laserson, PhD, Assistant Professor of Genetics and Genomics Sciences at the Icahn School of Medicine at Mount Sinai, to develop and evaluate a profiling technology to characterize how an individual’s immune system responds to exposure to the pathogen that causes Lyme disease; and joining forces with George Church, PhD, and Ting Wu, PhD, Professors of Genetics at Harvard Medical School, to decode what protects Lyme-resilient people from the infection or disease progression.

While exposure to Lyme disease is the project’s first area of focus, Mount Sinai researchers recognize people can be resilient to diseases in a variety of ways including genetic, environmental, and community-based factors. The Resilience Project is using its newly launched app to recruit participants across many diseases and conditions, including:

As one of the often-cited cases of an infection resister, Stephen Crohn was exposed to HIV in the 1970s and 1980s but never tested positive for the infection or developed AIDS. Scientists later discovered he had genetic changes that rendered his white blood cells impenetrable to HIV and blocked the infection. This finding would eventually help scientists develop a drug that prevented the spread of the virus in people already infected. The Resilience Project aims to find participants today like Mr. Crohn who want to share their unique experience with resistance or resilience to a disease and help advance research on novel prevention and treatment strategies.

“People who volunteer for research often find their way into a research study as part of a path to diagnosis or treatment for an illness,” says Noura Abul-Husn, MD, PhD, Chief of the Division of Genomic Medicine; Clinical Director of the Institute for Genomic Health; Associate Professor of Medicine and Genetics at the Icahn School of Medicine at Mount Sinai; and a co-investigator of the Resilience Project Study. “We aim to systemically search for positive outliers: people who may not be spending much time in academic clinical settings where they would more likely be invited to collaborate with health researchers.”

Potential participants can learn more about different types of resilience, share their own stories, and enroll in the study through the website and app, The Resilience Project. The Lyme Campaign is funded by the Bay Area Lyme Foundation.

The Mount Sinai Health System is New York City's largest academic medical system, encompassing eight hospitals, a leading medical school, and a vast network of ambulatory practices throughout the greater New York region. Mount Sinai is a national and international source of unrivaled education, translational research and discovery, and collaborative clinical leadership ensuring that we deliver the highest quality care—from prevention to treatment of the most serious and complex human diseases. The Health System includes more than 7,200 physicians and features a robust and continually expanding network of multispecialty services, including more than 400 ambulatory practice locations throughout the five boroughs of New York City, Westchester, and Long Island. The Mount Sinai Hospital is ranked No. 14 on U.S. News & World Report's "Honor Roll" of the Top 20 Best Hospitals in the country and the Icahn School of Medicine as one of the Top 20 Best Medical Schools in country. Mount Sinai Health System hospitals are consistently ranked regionally by specialty and our physicians in the top 1% of all physicians nationally by U.S. News & World Report.

Learn from the pandemic to prevent environmental catastrophe, scientists argue

• COVID-19 is comparable to climate and extinction emergencies, say scientists from the UK and US – all share features such as lagged impacts, feedback loops, and complex dynamics. • Delayed action in the pandemic cost lives and economic growth, just as it will with environmental crises – but on a scale “too grave to contemplate”.

The findings of a nationwide survey assessing the effects of the COVID-19 pandemic on the emotional wellbeing of U.S. adults show 90 percent of survey respondents reported experiencing emotional distress related to the pandemic.

The COVID-19 pandemic has significantly altered how people shop, how much they buy, the trips they take outside their homes, and the number of tele-activities — like work, medicine, and education — that have become commonplace. These changes were rapid and have tremendously impacted the economy, supply chains, and the environment. Two sets of surveys were conducted by researchers at Rensselaer Polytechnic Institute in an effort to quantify and understand these unprecedented shifts — and evaluate the likelihood they may last after the pandemic has ended.

In one of the most robust studies of COVID-19 mortality risk in the United States, researchers estimate an infection fatality rate more than double estimates from other countries, with the greatest risk to older adults. Columbia University Mailman School of Public Health scientists and New York City Department of Health and Mental Hygiene colleagues published the findings on the pre-print server medRxiv ahead of peer review.

Data modeling projections by Columbia University Mailman School of Public Health scientists evaluate potential policies to reduce new infections, hospitalizations, and deaths in coming months, including by limiting school capacity by 50 percent or capping capacity of certain industries to 25 percent during Phase Four, as well as by implementing an “adaptive PAUSE” system to re-implement social distancing rules during a rebound. The researchers have been working with the New York City Department of Health and Mental Hygiene on COVID-19 planning. Their new report is posted on Github.

Results from a new COVID-19 epidemiological study have been released from the University at Albany in partnership with the New York State Department of Health (NYSDOH); the findings were published today in the peer-reviewed journal, Annals of Epidemiology. 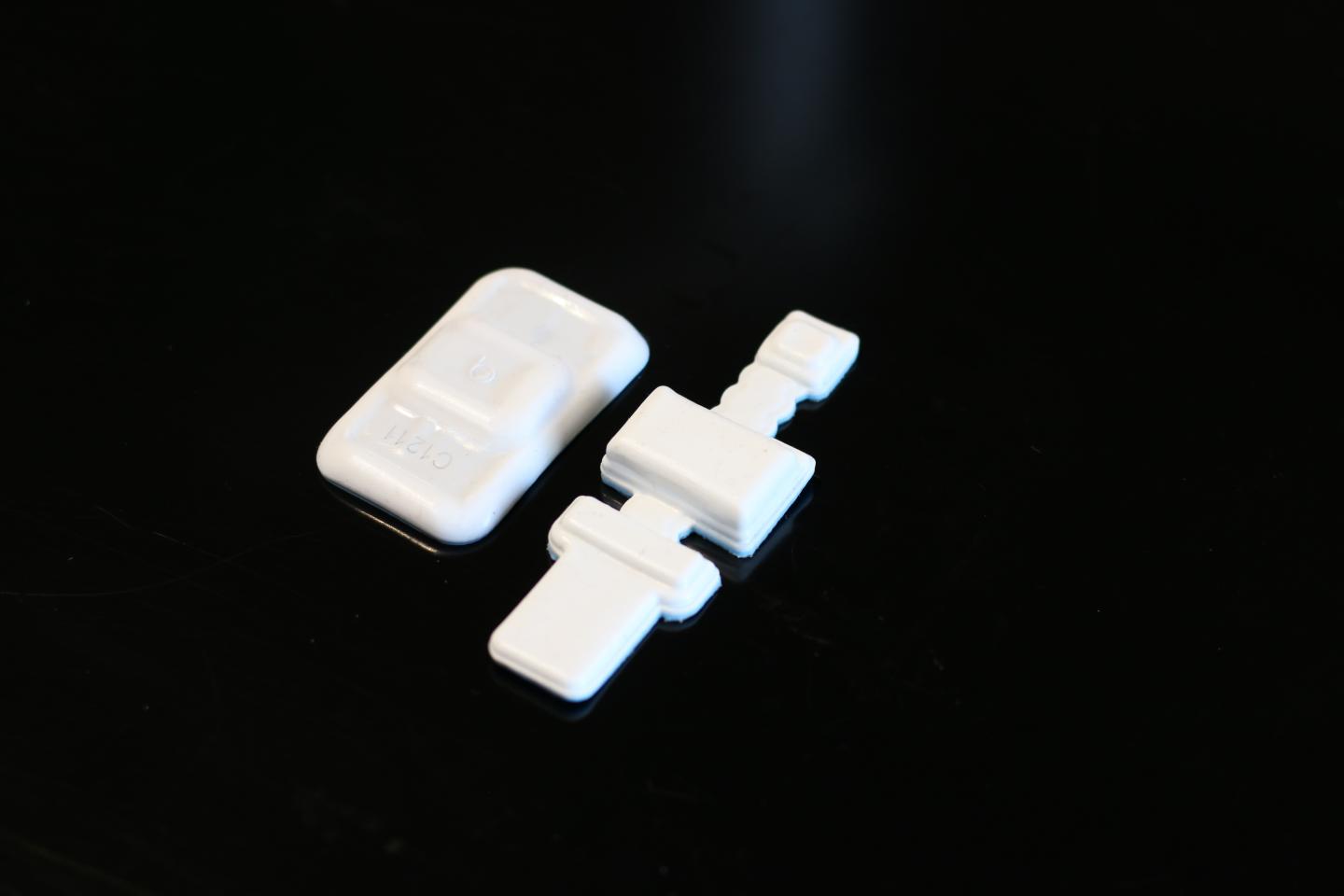 Stamp-sized device comprises a suite of clinical-grade sensors, including temperature and pulse oximetry