Newswise — People in China who said they felt knowledgeable about the coronavirus at the outbreak of the COVID-19 pandemic were more likely to have a positive emotional state than those who said they didn’t feel well informed, according to a new study co-authored by a Johns Hopkins University researcher.

From two large nationwide surveys in China around the time of the coronavirus outbreak, Johns Hopkins Carey Business School Assistant Professor Haiyang Yang found that the onset led to a 74 percent drop in overall emotional well-being.

Factors that accentuated the decline included residing near an outbreak epicenter, being a member of a vulnerable group such as the elderly, and dealing with relationship issues during a lockdown.

Yet, as noted by Yang and his co-author, Assistant Professor Jingjing Ma of Peking University, people who perceived themselves as knowledgeable about the virus – regardless of the actual amount of their knowledge – experienced more happiness during the outbreak than those who didn’t perceive themselves as informed about COVID-19.

This higher perception of one’s own knowledge was associated with a stronger sense of control, which helped protect emotional well-being, Yang says.

What’s more, this conclusion was largely consistent across demographic and economic groups.

“People’s perceptions about themselves are often more potent in influencing their emotional well-being than the corresponding objective aspects,” says Yang, a psychology expert.

He adds that the findings of the study, published in Psychiatry Research, could inform public policy makers and mental health authorities who seek to protect or boost psychological well-being during a major outbreak such as COVID-19.

“Resources for mental health care should be made more available to groups that are most psychologically vulnerable during an epidemic. Specific policies, programs, and interventions need to be developed to help foster positive family relationships during an extended lockdown. Also, efforts that increase people’s understanding of how to effectively prevent infection can help boost their sense of control and, consequently, their psychological health,” says Yang. 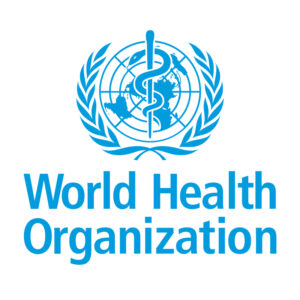 WashU Expert: America gains nothing by leavingÂ WHO

President Donald Trumpâ€™s recent announcement to suspend U.S. funding to, and withdraw from, the World Health Organization is â€ścounter to our interests in addressing our needs to save the lives and further the health of Americans, as well as an abandonment of Americaâ€™s position as a global leader,â€ť says the director of Washington University in St.

During the COVID-19 pandemic, Johns Hopkins Medicine Media Relations is focused on disseminating current, accurate and useful information to the public via the media. As part of that effort, we are distributing our â€śCOVID-19 Tip Sheet: Story Ideas from Johns Hopkinsâ€ť every Tuesday throughout the duration of the outbreak.

Is COVID-19 widening the gender gap in academic medicine?

A new study finds that fewer women were first authors on COVID-19-related research papers published in the first half of this year. The findings suggest a worsening gender gap in academic medicine, where women were already underrepresented among authors of medical research.

How Can Education Researchers Support Education and Public Health Institutions During Covid-19?

As education researchersâ€™ ongoing work is interrupted by school closures, what can they do to support education and public health institutions dealing with the Covid-19 pandemic? An article published today in Educational Researcher aims to answer that question, providing recommendations based on conversations with public health officials, state and local policymakers, educational leaders, directors of national education organizations, and researchers across disciplines.