Political scientist: López Obrador may be more pragmatic than expected 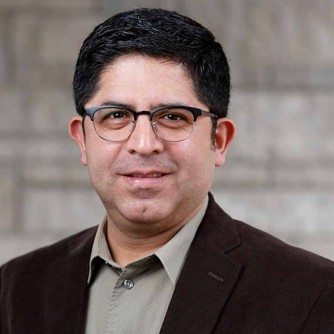 But the big question is how López Obrador will actually govern after he gets inaugurated on Dec. 1, said Razo, who is available by email to answer news media questions about the election.

"It's too early to say, but current signs indicate that he might be less radical than expected from his campaign pronouncements -- to the relief of his detractors and potential disillusionment from core supporters," he said.

"He won't be tempted to bypass institutional checks as other populist governments in the region have done for a couple of reasons. In an election that only requires a plurality to win, he received more than 50 percent of the vote, an unprecedented popular mandate. And, most importantly, López Obrador's party is also likely to control the bicameral Congress, so he will face a more favorable institutional environment than his predecessors who had to govern under more divided government."

López Obrador's contentious exchanges with business actors during the campaign produced worries about potentially drastic changes in economic policy. But "economic worries were somewhat mitigated when López Obrador adopted a more conciliatory tone towards business right before the election, which he and his advisors have reiterated this week to reassure investors that there won't be drastic economic changes," Razo said.

In terms of foreign policy, Razo said, populism in Latin America has typically carried an anti-American sentiment, but proximity to the U.S. and dependence of foreign trade and migrant remittances warrant a more pragmatic approach from López Obrador, as opposed to the more antagonistic stance of leaders like the former president of Venezuela, Hugo Chavez.

"But we won't know for a while how U.S.-Mexico relations will proceed because several critical issues like NAFTA renegotiations have been put on hold until after U.S. midterm elections," he said.