These potent CD4+ and CD8+ T-cell responses were stimulated in the lungs following a single intranasal administration. 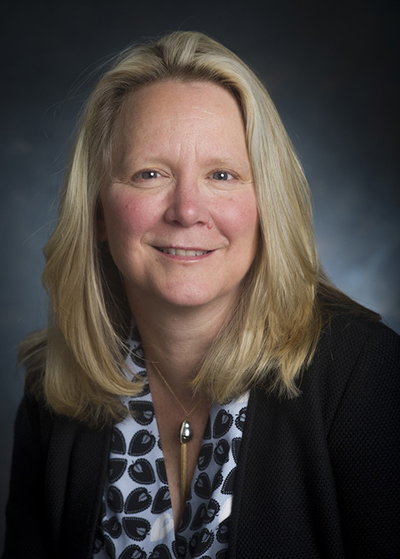 Newswise — BIRMINGHAM, Ala. – Preclinical studies of a COVID-19 vaccine candidate at the University of Alabama at Birmingham show positive results that appear to distinguish this vaccine candidate from other vaccine candidates that are currently in advanced stages of clinical development, the Maryland-based Altimmune Inc. announced today.

Unlike the other candidates that are administered by an intramuscular shot, the Altimmune candidate, AdCOVID, is administered by a single intranasal spray. In animal models at UAB, that single dose resulted in a potent T-cell response at the mucus layer of the lungs, including killer CD8+ T-cells, which can recognize and kill virally infected cells. Recent reports have suggested the importance of T-cell responses for long-term protection from COVID-19.

“The mucosal T-cell response in the respiratory tract is believed to be dependent on the intranasal route of administration, and we believe it has the potential to provide additional protection against COVID-19,” Altimmune announced today in a press release. “The induction of a mucosal T-cell response in the lungs has not been shown, to date, with the intramuscularly administered COVID-19 vaccine candidates that are currently in the advanced stages of clinical development.”

“The property that sets AdCOVID apart is that it has been shown preclinically to induce a potent T-cell and IgA antibody response in the lungs, in addition to the systemic neutralizing antibody response induced by intramuscular vaccine candidates,” said Frances Lund, Ph.D., the Charles H. McCauley Professor and chair of the UAB Department of Microbiology and lead investigator for preclinical testing of the AdCOVID vaccine candidates. “This local mucosal immune response is an important addition to the systemic immune response and has the potential to block infection and prevent transmission.”

In addition to potent immunogenicity after a single dose administration, AdCOVID is expected to show further benefits in terms of vaccine distribution and administration. Intranasal dosing provides AdCOVID with the potential to be administered rapidly and without the need for needles, syringes or trained health care personnel. Also, the expected room temperature stability of AdCOVID may allow broad distribution of the vaccine without the need for expensive cold-chain logistics, such as refrigeration or freezing.

Altimmune is currently manufacturing AdCOVID for a human Phase 1 safety and immunogenicity study, expected to begin in the fourth quarter of 2020.

The Altimmune-UAB collaboration was announced March 30, and Lund made that work the highest priority for her group, which included six UAB labs, all working under UAB COVID-19 safety protocols. “The goal,” she said at the time, “is to get the data to Altimmune as rapidly as possible, so they will use the information gained from the preclinical study to design their clinical trial in people.”

In detail, Altimmune’s announcement today said that AdCOVID showed potent stimulation of antigen-specific CD4+ and CD8+ T-cells in the lungs of CD-1 mice as early as 10 days following a single intranasal vaccination, with responses strongly biased toward CD8+ T-cells. Both CD4+ and CD8+ T-cells displayed phenotypes consistent with the Th1-type immune response that is important for control of viral infection.

Altimmune is a clinical-stage biopharmaceutical company, based in Gaithersburg, Maryland.

About UAB Known for its innovative and interdisciplinary approach to education at both the graduate and undergraduate levels, the University of Alabama at Birmingham, a part of the University of Alabama System, is an internationally renowned research university and academic medical center, as well as Alabama’s largest employer, with some 23,000 employees, and has an annual economic impact exceeding $7 billion on the state. The pillars of UAB’s mission include education, research, innovation and economic development, community engagement, and patient care. Learn more at www.uab.edu.