Rolling 50/30 day cycle of lockdown and relaxation could be a useful option for managing COVID-19, model suggests

Newswise — An alternating cycle of 50 days of strict lockdown followed by 30 days of easing could be an effective strategy for reducing the number of COVID-19-related deaths and admissions to intensive care units, say an international team of researchers.

The coronavirus pandemic has imposed an unprecedented challenge on global healthcare systems, societies and governments. The virus SARS-CoV-2, which causes COVID-19 disease, has been detected in every country, with more than 4.6 million confirmed cases and a death toll of 312,000 worldwide to date.

There are currently no effective treatments for the disease and a widely-available vaccine is likely to be at least a year away. The principal strategy to control the disease globally has focused on measures that minimise person-to-person transmission of SARS-CoV-2 through social distancing; including isolating suspected infected individuals, shielding vulnerable groups, school closures, and lockdowns.

While such measures are effective at slowing disease spread and preventing health systems becoming overwhelmed, these measures can also lead to significant job losses, financial insecurity and social disruption. As such, there is a growing concern that these interventions may be unsustainable over the long term. An alternative approach may be to alternate stricter measures with intervals of relaxed social distancing (with measures of effective “test-contact trace-isolate” and shielding of the vulnerable kept in place).

However, it is unclear what the frequency and duration of such dynamic interventions should be and which strategy could be adapted globally across countries with diverse health and economic infrastructures.

To address these uncertainties, an international team of researchers from the Global Dynamic Interventions Strategies for COVID-19 Collaborative Group modelled three scenarios across sixteen countries, from Belgium to India, that vary in setting and income. Their results are published today in the European Journal of Epidemiology.

In particular, the researchers were interested in the difference in impact between strategies aimed at mitigation and those aimed at suppression. Mitigation measures reduce the number of new infections, but at a relatively slow rate. These might include a combination of measures, such as general social distancing, hygiene rules, case-based isolation, shielding of vulnerable groups, school closures or restricting of large public events. On the other hand, suppression measures lead to a faster reduction in the number of new infections by applying additional interventions such as strict physical distancing, including lockdown.

The first scenario modelled the impact of imposing no measures. As might be expected, the number of patients requiring treatment in intensive care units (ICUs) would quickly exceed the available capacity significantly for every single country, resulting in a total of 7.8 million deaths across the 16 countries. Under this scenario, the duration of the epidemic would last nearly 200 days in the majority of the countries included.

The second scenario modelled a rolling cycle of 50-day mitigation measures followed by a 30-day relaxing. Such a strategy would be likely to reduce the R number (the number of people each infected individual goes on to infect) to 0.8 in all countries. However, it would still be insufficient to keep the number of patients requiring ICU care below the available critical care capacity. While proving effective for the first three months for all the countries, after the first relaxation, the number of patients requiring ICU care would exceed the hospital capacity and would result in 3.5 million deaths across the 16 countries. In this scenario, the pandemic would last approximately 12 months in high-income countries, and about 18 months or longer in the other settings.

The final scenario involved a rolling cycle of stricter, 50-day suppression measures followed by a 30-day relaxing. Such intermittent cycles would reduce the R number to 0.5 and keep ICU demand within national capacity in all countries. Since more individuals remain susceptible at the end of each cycle of suppression and relaxation, such an approach would result in a longer pandemic, lasting beyond 18 months in all countries. However, a significantly smaller number of people – just over 130,000 across the 16 countries modelled – would die during that period.

In comparison, the team found that after a continuous, three-month strategy of strict suppression measures, most countries would reduce new cases to near zero. Looser, mitigation strategies would require approximately 6.5 months to reach the same point. However, such prolonged lockdowns would be unsustainable in most countries due to potential knock-on impacts on economy and livelihood.

Dr Rajiv Chowdhury, a global health epidemiologist the University of Cambridge, UK, and lead author on the paper, said: “Our models predict that dynamic cycles of 50-day suppression followed by a 30-day relaxation are effective at lowering the number of deaths significantly for all countries throughout the 18-month period.

“This intermittent combination of strict social distancing, and a relatively relaxed period, with efficient testing, case isolation, contact tracing and shielding the vulnerable, may allow populations and their national economies to ‘breathe’ at intervals – a potential that might make this solution more sustainable, especially in resource-poor regions.”

The researchers say that the specific durations of these interventions would need to be defined by specific countries according to their needs and local facilities. The key is to identify a pattern that allows countries to protect the health of the population not only from COVID-19 but also from economic hardship and mental health issues.

Professor Oscar Franco from the University of Bern, Switzerland, said: “Our study provides a strategic option that countries can use to help control COVID-19 and delay the peak rate of infections. This should allow them to buy valuable time to shore up their health systems and increase efforts to develop new treatments or vaccines.

“There’s no simple answer to the question of which strategy to choose. Countries – particularly low-income countries – will have to weigh up the dilemma of preventing COVID-19 related deaths and public health system failure with the long-term economic collapse and hardship.”

The research was supported by the European Union’s Horizon 2020 programme.

Dr Rajiv Chowdhury: “Although we didn’t model the situation in the UK, I’d expect it to be very similar to that in other high income countries.”

About the University of Cambridge

The mission of the University of Cambridge is to contribute to society through the pursuit of education, learning and research at the highest international levels of excellence. To date, 109 affiliates of the University have won the Nobel Prize.

Founded in 1209, the University comprises 31 autonomous Colleges and 150 departments, faculties and institutions. Cambridge is a global university. Its 19,000 student body includes 3,700 international students from 120 countries. Cambridge researchers collaborate with colleagues worldwide, and the University has established larger-scale partnerships in Asia, Africa and America.

The University sits at the heart of the ‘Cambridge cluster’, which employs more than 61,000 people and has in excess of £15 billion in turnover generated annually by the 5,000 knowledge-intensive firms in and around the city. The city publishes 316 patents per 100,000 residents.

As coronavirus cases rage throughout the United States—killing more than a quarter million in the U.S.—news of the effectiveness of vaccine candidates provides hope.

A reporter's PressPass is required to access this story until the embargo expires on 8-Dec-2020 11:00 AM EST The Newswise PressPass gives verified journalists access to embargoed stories. Please log in to complete a presspass application. If you have not yet registered, please Register. When you fill out the registration form, please identify yourself as a reporter in order to advance to the presspass application form.

Young athletes in central Pennsylvania can’t wait to start basketball and wrestling season. But with the COVID-19 pandemic raging, parents wonder how their children can stay safe. And, if their child gets COVID-19, parents wonder when it’s safe for that child to get back to competitive sports.

As COVID-19 cases increase across the nation, many caregivers are trying to navigate the holidays for relatives with dementia or Alzheimer’s disease. The Centers for Disease Control and Prevention suggests that people not travel to limit the potential spread of the coronavirus. Mary Catherine Lundquist, program director of Care2Caregivers, a peer counseling helpline (800-424-2494) for caregivers of people with dementia and Alzheimer’s disease operated by Rutgers Behavioral Health Care, discusses how families can stay connected with their loved ones.

“I don’t feel so great,” my husband, Brandon, said to me one Saturday afternoon – the last thing I wanted to hear after spending the last seven months tuned into COVID-19 media coverage. Knowing a few of his co-workers had recently tested positive for the virus, we didn’t wait to secure an appointment for a rapid test. When he called me an hour later to tell me he has tested positive, my heart sank.

The SARS-CoV-2 pandemic continues to have a considerable impact on the provision of appropriate care to people with psoriasis. 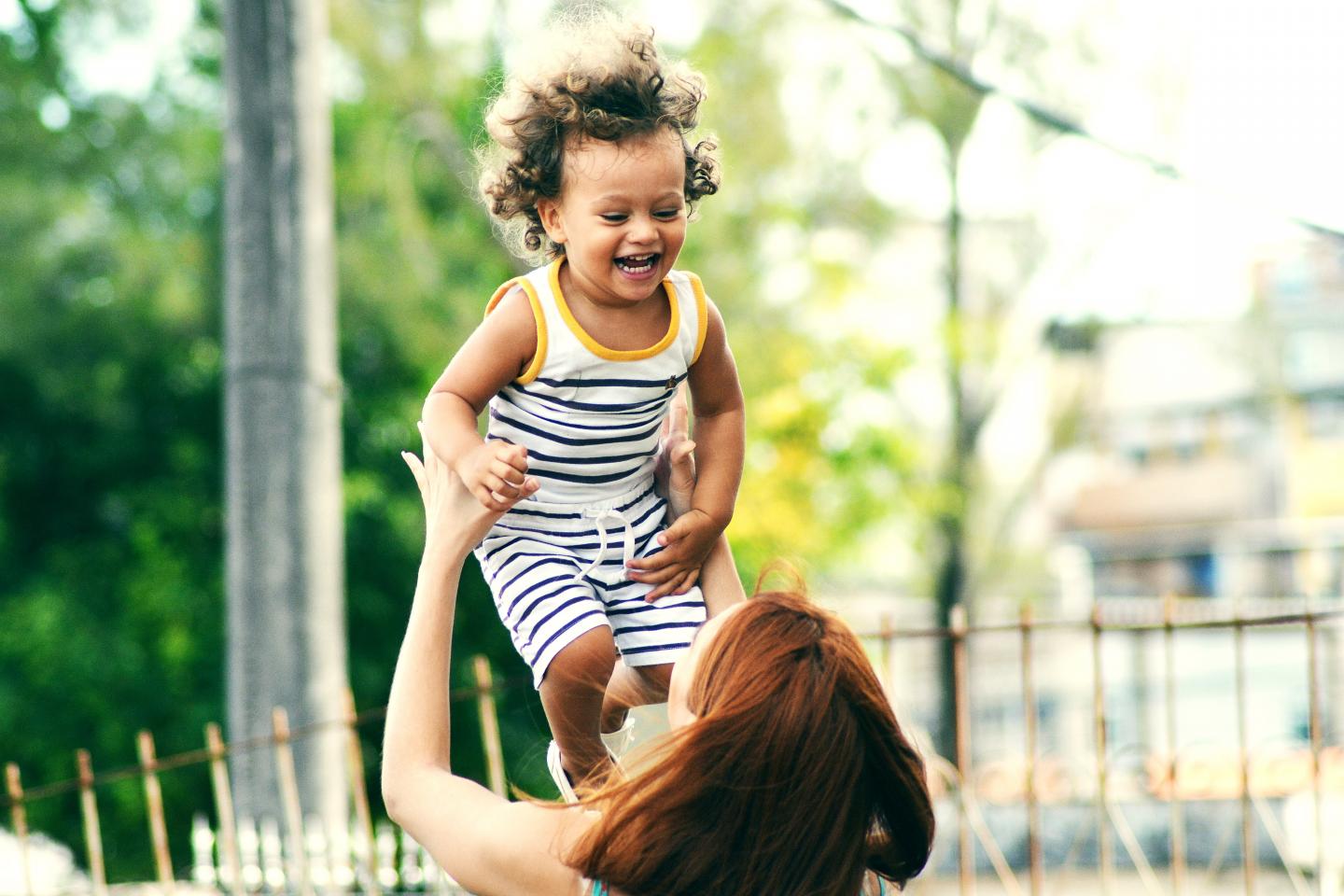 Differences in the immune systems and better blood vessel health were among the factors protecting children from severe COVID-19, according to a new review.

With COVID-19, will snowbirds still answer the call of warmer weather?