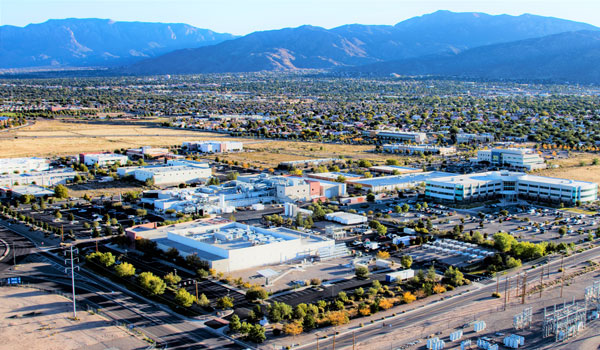 Companies located in the Sandia Science & Technology Park collectively employ more than 2,300 people, according to a new report by the Mid-Region Council of Governments. Most park jobs are in scientific and technical service fields. 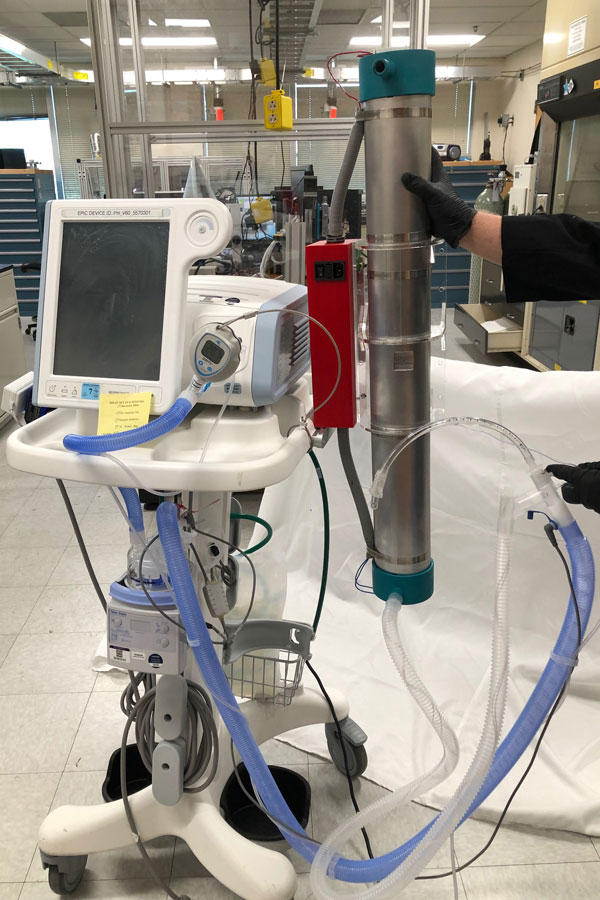 Xertrix Technologies, a Sandia Science & Technology Park company, provided 100 tubes to Sandia National Laboratories for pathogen management kits that will convert respiratory machines into ventilators. Xertrix Technologies is one of a handful of park companies that worked on COVID-19 projects this year.

Newswise — ALBUQUERQUE, N.M. — A new, independent report has concluded that the Sandia Science & Technology Park contributed significantly to the local economy in 2018-19 by adding 310 jobs and generating increases in economic activity and tax revenue to the city and New Mexico.

The report by the Mid-Region Council of Governments presents the park’s economic impact through 2019. In the most recent two-year period, taxable personal consumption totaled about $461.8 million in Bernalillo, Sandoval, Torrance, Valencia and Southern Santa Fe counties. According to the report, taxable personal consumption refers to spending by individuals on goods and services that are taxable in New Mexico.

The Science & Technology park is a 340-acre, master-planned technology community and a public-private partnership. Associated with Sandia National Laboratories and adjacent to Kirtland Air Force Base, its companies have access to world-class facilities, technologies, scientists and engineers.

Sandia Laboratories Director James Peery emphasized that Sandia partners on projects with companies in the park, and that the close proximity gives researchers in both sectors the opportunity to work together and share equipment and results.

“Everyone benefits when Sandia can team on technical, collaborative projects with park companies,” he said. “Together, Sandia and the companies can explore solutions to challenges faced in the public and private sectors. A culture of collaboration continues to be engrained within the labs because it’s an important and essential way to solve problems.”

During 2018-19, eight companies moved into the park and 310 direct jobs were added, according to the report. The average full-time annual salary in the park was $95,000, well above the average annual salary of $49,000 for full-time employees in the Albuquerque metro area.

“It’s great to see what the SS&TP has become,” said Albuquerque Mayor Tim Keller. “The park is creating opportunities for Albuquerque residents and businesses by advancing state-of-the-art accomplishments in this area.”

At the end of 2019, the park was home to 2,369 employees working in 48 companies and organizations, including some Sandia sites. About two-thirds of park employees work in scientific and technical fields, performing work that requires a high degree of expertise and training, the report concludes. For every direct job located in the park, nearly two indirect jobs were created in the region, according to the report. The park sustains approximately 4,500 indirect jobs per year.

“The Sandia Science & Technology Park continues to bolster the local economy and make a significant economic impact,” said Jackie Kerby Moore, Sandia’s manager of Technology and Economic Development and the labs’ program manager for the park. “In addition to sizeable increases in tax revenues and wages, the park provides high-paying jobs to people in Albuquerque who want to work on important national security projects.”

The report concluded that the park has contributed significantly to the local economy since its establishment in 1998. In its 22-year history, the park helped produce $147.5 million in tax revenue for the state of New Mexico and $32 million for the City of Albuquerque. The park generated a $6.4 billion increase in wages and helped produce an estimated $3.7 billion in taxable personal consumption.

“The benefits of having a tech park like this in Albuquerque are invaluable to the community,” said Executive Director Dewey Cave of the Mid-Region Council of Governments. “It provides successful jobs and a way of life for many people that wouldn’t have these options otherwise. We hope it continues to grow.”

The tech park is also home to a credit union, schools, a museum, an early childhood center, parks, exercise stations, and walking and biking trails. A community center, ball fields and housing are within walking distance from the businesses.

Investments in the park since 1998 total $396 million, with $306 million coming from private sources and $90 million coming from public investment. According to the report, private and public investment in the park creates direct and indirect jobs, helps maintain existing jobs, and contributes to the overall health and security of the regional economy.

“Since 1998, the Sandia Science & Technology Park has continued to expand and benefit the local community and state by offering high-paying positions at companies and organizations in a variety of fields,” said Sherman McCorkle, chairman of the board of the SS&TP Development Corp.

In addition to the economic impact, some park companies worked on COVID-19 projects and established programs to address some of today’s scientific, financial and social challenges.

“We are grateful that park companies stepped up to address issues tied to the global pandemic,” Moore said. “They came up with innovative and timely solutions.”

Caption: Companies located in the Sandia Science & Technology Park collectively employ more than 2,300 people, according to a new report by the Mid-Region Council of Governments. Most park jobs are in scientific and technical service fields.

Caption: Xertrix Technologies, a Sandia Science & Technology Park company, provided 100 tubes to Sandia National Laboratories for pathogen management kits that will convert respiratory machines into ventilators. Xertrix Technologies is one of a handful of park companies that worked on COVID-19 projects this year.