Assoc Prof Jane Warland explains why pregnant women are at increased risk of stillbirth this year. 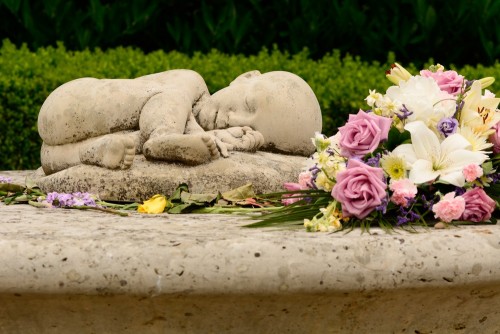 Stillbirths are projected to spike during the COVID-19 lockdown

Newswise — A four-fold increase in stillbirths in a large UK maternity hospital during the COVID-19 pandemic might also be replicated in Australia and elsewhere due to guidelines which have discouraged face-to-face antenatal visits in recent months.

That’s the view of University of South Australia (UniSA) Associate Professor Jane Warland, an international researcher and qualified midwife, whose own daughter Emma was stillborn in 1993.

Red Nose Day (Friday 14 August) is an opportunity to support families who have been impacted by the death of a baby or child.

Assoc Prof Warland says the alarming evidence from St George’s University Hospital, London, showing a spike in stillbirths this year, was not due to women or babies being infected with COVID-19.

“Rather, it is the indirect consequences of expectant mothers being told to stay away from hospitals for fear of contracting the virus or overloading the system. Many high-risk pregnancies were missed, resulting in four times as many stillbirths than usual,” Assoc Prof Warland says.

She says that professional health organisations around the world quickly changed the guidelines for pregnant women when the pandemic hit, which may have led to unintended consequences.

“The normal recommendation is that women should see their caregiver at least seven times during their pregnancy. This ensures that any red flags – such as high blood pressure, reduced fetal movements and growth restriction – are all picked up during an examination.

“Instead, expectant mothers have been directed to 10-minute tele health appointments via phone and Zoom. How can you check someone’s blood pressure or do a physical examination over the phone?”

Stillbirths are more common in first-time mothers, who are more vulnerable and less aware of potential abnormalities, which is why face-to-face care is particularly critical during their pregnancy, Assoc Prof Warland says.

Home visits by midwives and caregivers could be a viable option to tele health appointments until the pandemic is brought under control, she adds.

There is also sound evidence that women who sleep on their backs are more at risk of a stillbirth, most likely due to restrictions in the amount of blood reaching the placenta in that position.

A new program, including advice recommending that pregnant women sleep on their side from 28 weeks, was due to be rolled out earlier this year but then COVID hit, putting a temporary halt to its implementation.

Almost 3000 women responded to a recent survey commissioned by the Australian College of Midwives, asking women about their experiences of maternity care during COVID-19.

“The feedback has been telling,” Assoc Prof Warland says. “Women – first time mums particularly – are voicing their concerns about not being seen, forgotten, ignored and scared that their baby might be at risk without regular health checks.”

“These comments mean that women are not receiving the kind of care they are entitled to in a country which prides itself on a first-class health system.”

In Australia, six babies are stillborn every day, equivalent to about 2200 each year – a rate that has seen little improvement in the past 20 years. This contrasts with New Zealand, Scotland, Finland, Denmark and the Netherlands, where stillbirth rates are 30 per cent lower than they were 20 years ago.

“We need to understand that women are pregnant for a relatively short period of time,” Assoc Prof Warland says. “In normal circumstances they are highly vulnerable, but this pandemic has escalated that vulnerability and stress to new levels. We need to urgently look at the COVID antenatal care guidelines and find ways to support them that doesn’t put their life, or their unborn baby, at risk.”

A video interview with Assoc Prof Warland can be viewed here: https://bit.ly/3iztcdL