U of R professor writes about the constitutional showdown, President vs. Governors, over the reopening of America. 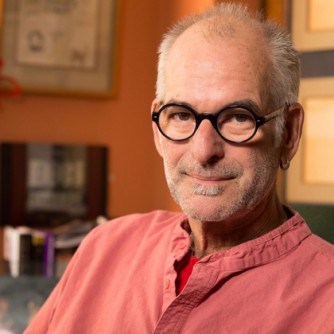 In the piece, Svenson discusses what he describes as "Yet another constitutional showdown, this time President Trump versus governors over the reopening of America.  Governor Newsom has announced that until a number of prerequisites are met his stay-at-home mandate will remain untouched."

Excerpt from essay: "But the President asserts that the power to reopen America, 'the biggest decision I’ve ever had to make,' is a call reserved to the national government, and 'the authority of the President of the United States having to do with this subject . . . is total.'  Then, on April 16, 2020, his 'biggest decision': judging that our governors 'are all very capable people,” the President prefaced, 'I will be authorizing each individual governor of each individual state to implement a reopening . . . in a manner as most appropriate.'

"But what if the President had judged governors 'not very capable' and had at that very moment authorized a reopening on his terms, who, then, would have prevailed in this reimagined constitutional showdown?  The outcome, evidently, is not in doubt: legal experts seem astounded by Trump’s claims of power, wondering where on earth they originated; said one, 'You won’t find that written in the Federalist Papers anywhere.'  The President’s response?  'We’ll give you a brief if you want.'  Pity the lawyer assigned the impossible task of writing that brief."

Svenson can speak to topics regarding the Constitution, constitutional law, and federalism.

Biography :
Art (Arthur) Svenson is an award-winning professor at the University of Redlands, and a nationally recognized expert on the Constitution, Constitutional rights, physician-assisted suicide, medicinal marijuana, federalism, and other topics of law. He is the endowed chair of the political science department and also known for his talent as a violinist who often plays with regional symphonies.

A reporter's PressPass is required to access this story until the embargo expires on 30-Sep-2020 10:00 PM EDT The Newswise PressPass gives verified journalists access to embargoed stories. Please log in to complete a presspass application. If you have not yet registered, please Register. When you fill out the registration form, please identify yourself as a reporter in order to advance to the presspass application form.

For the first time, data from a study with patients hospitalized due to COVID-19 suggest that the disease might deteriorate men's testosterone levels.

A reporter's PressPass is required to access this story until the embargo expires on 30-Sep-2020 11:00 AM EDT The Newswise PressPass gives verified journalists access to embargoed stories. Please log in to complete a presspass application. If you have not yet registered, please Register. When you fill out the registration form, please identify yourself as a reporter in order to advance to the presspass application form.

Forecasting the spreading of a pandemic is paramount in helping governments to enforce a number of social and economic measures, apt at curbing the pandemic and dealing with its aftermath.

Beyond the tragic surges in hospitalizations and deaths, the first months of the COVID-19 pandemic disrupted healthcare for people with a wide range of medical conditions – including cancer. For women recovering after breast cancer treatment, COVID-19-related interruptions in rehabilitation care led to emotional distress and other effects on health and well-being, reports a study in the October issue of Rehabilitation Oncology, official journal of the APTA Oncology, an Academy of the American Physical Therapy Association. The journal is published in the Lippincott portfolio by Wolters Kluwer.

The J. Willard Marriott Library is launching a new digital exhibit to explore the 1918 flu pandemic in Utah through contemporary newspaper articles. The articles show how the issues and divisions that have appeared in the COVID-19 pandemic are, unfortunately, nothing new.

The COVID-19 pandemic. Race relations. The Supreme Court. The economy. When President Donald Trump and former Vice President Joe Biden meet for the first of three presidential debates on Tuesday night, millions of viewers are expected to tune in. But will America really be listening? Given the country’s all-time high partisanship and the extremely tiny pool of voters who have yet to make up their minds five weeks out from the 2020 general election, analysts are putting in their bets on the influence of televised debates and the chances of actually swaying voters.

Researchers at Children’s Hospital of Philadelphia (CHOP) and the Perelman School of Medicine at the University of Pennsylvania have identified a cellular pathway that can be targeted with a naturally occurring drug to stimulate lung tissue regeneration, which is necessary for recovery from multiple lung injuries. The findings, which were published today in Nature Cell Biology, could lead to better therapies for patients with lung disease, including acute respiratory distress syndrome (ARDS) due to COVID-19.