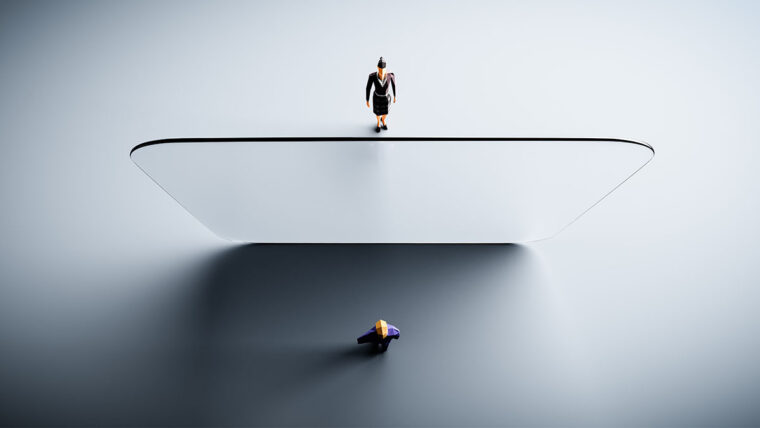 Plexiglass barriers won’t do much, but you also don’t need excessive distance between debaters. In fact, as long as the airflow is controlled, the safest distance between the two participants would be anything beyond about 4.5 feet.

Two people, facing each other, talking — let’s call it “excitedly” — are probably the most important ingredients for a debate. They are also a recipe for disaster if one of those two people has a highly contagious virus that has been shown time and again to be transmitted through the air.

Taking a cue perhaps from South Carolina Sen. Lindsey Graham’s Democratic challenger Jamie Harrison in an Oct. 3 debate, the vice presidential debate Oct. 7 featured plexiglass barriers intended as a protective measure against the spread of SARS-CoV-2, the virus responsible for COVID-19. But it isn’t enough, counsels an aerosols expert.

“The shields are good if you have someone directly in front of you, and you are talking into it,” said Pratim Biswas, department chair and the Lucy & Stanley Lopata Professor in the Department of Energy, Environmental & Chemical Engineering at Washington University in St. Louis.

Otherwise, he said, particles just flow around them.

Biswas and researchers in his lab at the McKelvey School of Engineering have been using models to understand the different ways in which virus particles move around in a closed space.

Their most recent efforts, led by doctoral student Sukrant Dhawan, show that — like putting up a plexiglass barrier — “common sense” solutions don’t always cut it when it comes to COVID-19. This is true particularly in a setting where an infected person and a non-infected person are facing each other, talking.

Plexiglass barriers won’t do much, but you also don’t need excessive distance between debaters. In fact, as long as the airflow is controlled, the safest distance between the two participants would be anything beyond about 4.5  feet.

This is one of a few surprises when it comes to what activities do — or don’t — carry high risk of infection.

“People say that speaking will not lead to airborne infection because the droplets emitted are lower in concentration than if you were coughing or sneezing,” Dhawan said. “But when you talk, you generally talk for longer periods of time.”

Certainly, that risk can be mitigated by airflow dynamics. “Wind blowing from an infected person is the most high-risk situation,” Dhawan said. Viral particles can travel farther, infecting the unsuspecting. “At least, that’s what we assumed initially.”

Yes, droplets can absolutely travel farther when carried by a wind, but they don’t stop when they sense the presence of a healthy person. They continue to whiz by.

“The faster the wind, the less amount of time you are exposed to the droplets,” Dhawan said. “Actually, increasing wind velocity decreases risk.”

Of course, the best case scenario would be to have the wind blowing from the uninfected person to the infected person. But what if you don’t know who’s who?

If wind velocity is about .5 meters per second in the direction of the person exhaling, these droplets can’t go further than 4.5 feet. “There is zero risk beyond that distance,” Dhawan said.

As long as the debaters are at least four and a half feet apart with airflow directed back at them (and a properly functioning air filtration system), the risk of infection is minimal to none.

With “common sense” leading us astray, however, and caveats upon caveats, it is reassuring to note that there is still one place in which common sense does intersect with reality for most of us.

An infected person wearing a mask dramatically decreases the likelihood of infecting others.

In fact, at a distance of about 8 feet, an infected person coughing and speaking and, to a lesser degree, sneezing, is nearly as effective at preventing infection as if both people were wearing masks.

And since people infected with the SARS-CoV-2 virus do not always have symptoms, “the best thing, always,” Biswas said, “is to wear a mask.”

A survey of New York City’s bus and subway workers finds that 24 percent report having contracted COVID-19 and 90 percent fear getting sick at work. The pilot study, conducted by researchers at NYU School of Global Public Health, in coordination with the Transport Workers Union (TWU) Local 100, helps document the toll the pandemic has taken on the physical and mental health of essential workers.

The COVID-19 pandemic has left many people with chronic health conditions relying on telemedicine rather than seeing their doctor in person when necessary or putting off important visits entirely because they fear being infected. Ann M. Nguyen, an assistant research professor at Rutgers Center for State Health Policy at the Institute for Health, Health Care Policy and Aging Research, who recently published a paper on safety measures at physician offices, discusses what people should know about visiting their doctor and why putting off appointments that need to be done in person could lead to other health problems.

New Jersey gained back half of the jobs lost due to the coronavirus pandemic but a wide disparity remains between higher-income professionals working at home and lower-wage support workers still bearing the brunt of the economic downturn that has gripped the nation, according to a new Rutgers report.

During the first wave of COVID-19, which paralyzed the world in spring, it was initially thought that effective hand washing and 2-metre social distancing would help prevent the highly contagious virus.

To efficiently infect human cells, SARS-CoV-2, the virus that causes COVID-19, is able to use a receptor called Neuropilin-1, which is very abundant in many human tissues including the respiratory tract, blood vessels and neurons. The breakthrough discovery was made by a German-Finnish team of researchers led by neuroscientists Mika Simons ,Technical University of Munich, Germany and virologist Giuseppe Balistreri, University of Helsinki, Finland.

Next on the list of concerns, though notably less frequently mentioned, are unhealthy or wrong diet as well as climate and environmental pollution - these were the most frequently mentioned concerns in February's survey. "The coronavirus pandemic dominates public perception", says BfR President Professor Dr. Dr. Andreas Hensel.

Patients with psoriasis who are taking drugs that affect their immune system have high rates of survival from COVID-19. According to the first findings from a global registry of psoriasis and COVID-19 patients, led by Guy's and St Thomas' clinicians, over 90% survive.

Halloween Safety in the Coronavirus Era

Halloween isn't going to be the same this year, but families can still have fun while reducing their risk of exposure to the virus that causes COVID-19 (coronavirus), says Priya Soni, MD, a Cedars-Sinai pediatric infectious disease specialist.