What are You Looking At? ‘Virtual’ Communication in the Age of Social Distancing

For the study, researchers focused on three areas of interest, which they used for fixation analyses: full face (purple), eyes (red) and mouth (blue).

Experimental sequences with durations shown in timeline (Note: A–C are only shown in the “real-time” condition). (A) Dialog boxes mimicking a dialing sequence. (B) Call is answered and the actor engages in “interactive” dialogue. (C) Intermediary “break.” (D) The actor recites the lecture.

Newswise — From health care to education to media, social distancing across the globe due to coronavirus (COVID-19) has created the need to conduct business “virtually” using Skype, web conferencing, FaceTime and any other means available. With this expansive use of mobile and video devices, now more than ever, it is important to understand how the use of these technologies may impact communication. But are all forms of online communication alike?

In a first-of-its-kind study, neuroscientists from Florida Atlantic University demonstrate that a person’s gaze is altered during tele-communication if they think that the person on the other end of the conversation can see them. People are very sensitive to the gaze direction of others and even 2-day-old infants prefer faces where the eyes are looking directly back at them. The phenomenon known as “gaze cueing,” a powerful signal for orienting attention, is a mechanism that likely plays a role in the developmentally and socially important wonder of “shared” or “joint” attention where a number of people attend to the same object or location. The ability to do this is what makes humans unique among primates.

Throughout almost all of human history, conversations were generally conducted face-to-face, so people knew where their conversational partner was looking and vice versa. Now, with virtual communication, that assumption no longer holds – sometimes people communicate with both cameras on while other times only the speaker may be visible. The researchers set out to determine whether being observed affects people’s behavior during online communication.

For the study, published in the journal Attention, Perception & Psychophysics, co-authors Elan Barenholtz, Ph.D., an associate professor of psychology, a member of the Center for Complex Systems and Brain Sciences in FAU’s Charles E. Schmidt College of Science and a member of FAU’s Brain Institute (I-BRAIN), and Michael J. Kleiman, Ph.D., a postdoctoral researcher at FAU, compared fixation behavior in 173 participants under two conditions: one in which the participants believed they were engaging in a real-time interaction and one in which they knew they were watching a pre-recorded video.

The researchers wanted to know if face fixation would increase in the real-time condition based on the social expectation of facing one’s speaker in order to get attention or if it would lead to greater face avoidance, based on social norms as well as the cognitive demands of encoding the conversation.

Similarly, they wanted to know where participants would fixate on the face. Would it be the eyes more in the real-time condition because of social demands to make eye contact with one’s speaker? Or, in the pre-recorded condition, where the social demands to make eye contact are eliminated, would participants spend more time looking at the mouth in order to encode the conversation, which is consistent with previous studies showing greater mouth fixations during an encoding task.

To simulate a live interaction, the researchers convinced participants that they were engaging in a real-time, two-way video interaction (it was actually pre-recorded) where they could been seen and heard by the speaker, as well as a pre-recorded interaction where they knew the video was previously recorded and therefore the speaker could not see their behavior.

“Because gaze direction conveys so much socially relevant information, one’s own gaze behavior is likely to be affected by whether one’s eyes are visible to a speaker,” said Barenholtz. “For example, people may intend to signal that they are paying more attention to a speaker by fixating their face or eyes during a conversation. Conversely, extended eye contact also can be perceived as aggressive and therefore noticing one’s eyes could lead to reduced direct fixation of another’s face or eyes. Indeed, people engage in avoidant eye movements by periodically breaking and reforming eye contact during conversations.”

There was a highly significant tendency for participants engaging in perceived real-time interaction to display greater avoidant fixation behavior, which supports the idea that social contexts draw fixations away from the face compared to when social context is not a factor. When the face was fixated, attention was directed toward the mouth for the greater percentage of time in the pre-recorded condition versus the real-time condition. The lack of difference in time spent fixating the eyes suggests that the additional mouth fixations in the pre-recorded condition did not come at the cost of reduced eye fixation and must have derived from reduced fixations elsewhere on the face.

Comparisons between total fixation durations of the eyes versus the mouth were calculated for both the real-time and pre-recorded conditions, with the eyes of both conditions being significantly more fixated than the mouth. Gender, age, cultural background, and native language did not have an influence on fixation behavior across conditions.

“Regardless of the specific mechanisms underlying the observed differences in fixation patterns, results from our study suggest participants were taking social and attentional considerations into account in the real-time condition,” said Barenholtz. “Given that encoding and memory have been found to be optimized by fixating the mouth, which was reduced overall in the real-time condition, this suggests that people do not fully optimize for speech encoding in a live interaction.”

Caption: For the study, researchers focused on three areas of interest, which they used for fixation analyses: full face (purple), eyes (red) and mouth (blue).

Caption: Experimental sequences with durations shown in timeline (Note: A–C are only shown in the “real-time” condition). (A) Dialog boxes mimicking a dialing sequence. (B) Call is answered and the actor engages in “interactive” dialogue. (C) Intermediary “break.” (D) The actor recites the lecture.

he systematic review was conducted by a large, international collaborative of researchers, front-line and specialist clinicians, epidemiologists, patients, public health and health policy experts of published and unpublished literature in any language.

UNC-Chapel Hill researchers show how SARS-CoV-2 infects the nasal cavity to a great degree, and progressively less so lower down the respiratory tract, suggesting the virus tends to become firmly established first in the nasal cavity, but can be aspirated into the lungs to cause serious disease.

A reporter's PressPass is required to access this story until the embargo expires on 2-Jun-2020 8:00 AM EDT The Newswise PressPass gives verified journalists access to embargoed stories. Please log in to complete a presspass application. If you have not yet registered, please Register. When you fill out the registration form, please identify yourself as a reporter in order to advance to the presspass application form.

A $1M gift from the John and Mary Tu Foundation is accelerating the efforts of UC San Diego translational research virologist Davey Smith to increase the number of people tested for COVID-19, as well as develop new ways to track and treat the virus. Smith and his team are studying how the disease spreads to better inform contact tracing, as well as leading clinical trials to test new drugs for treatment of COVID-19.

Campus gardens growing to help out during pandemic

Because the campus is closed, the University of Wisconsin-Milwaukee has turned its garden plots -- normally rented out to students, faculty and staff -- into a resource for fresh produce for the university food pantry during the coronavirus pandemic.

Medical school and healthcare industry leaders warn that a drastic decline in pediatric vaccinations in the United States, poses a great risk of serious illnesses in the midst of the COVID-19 pandemic 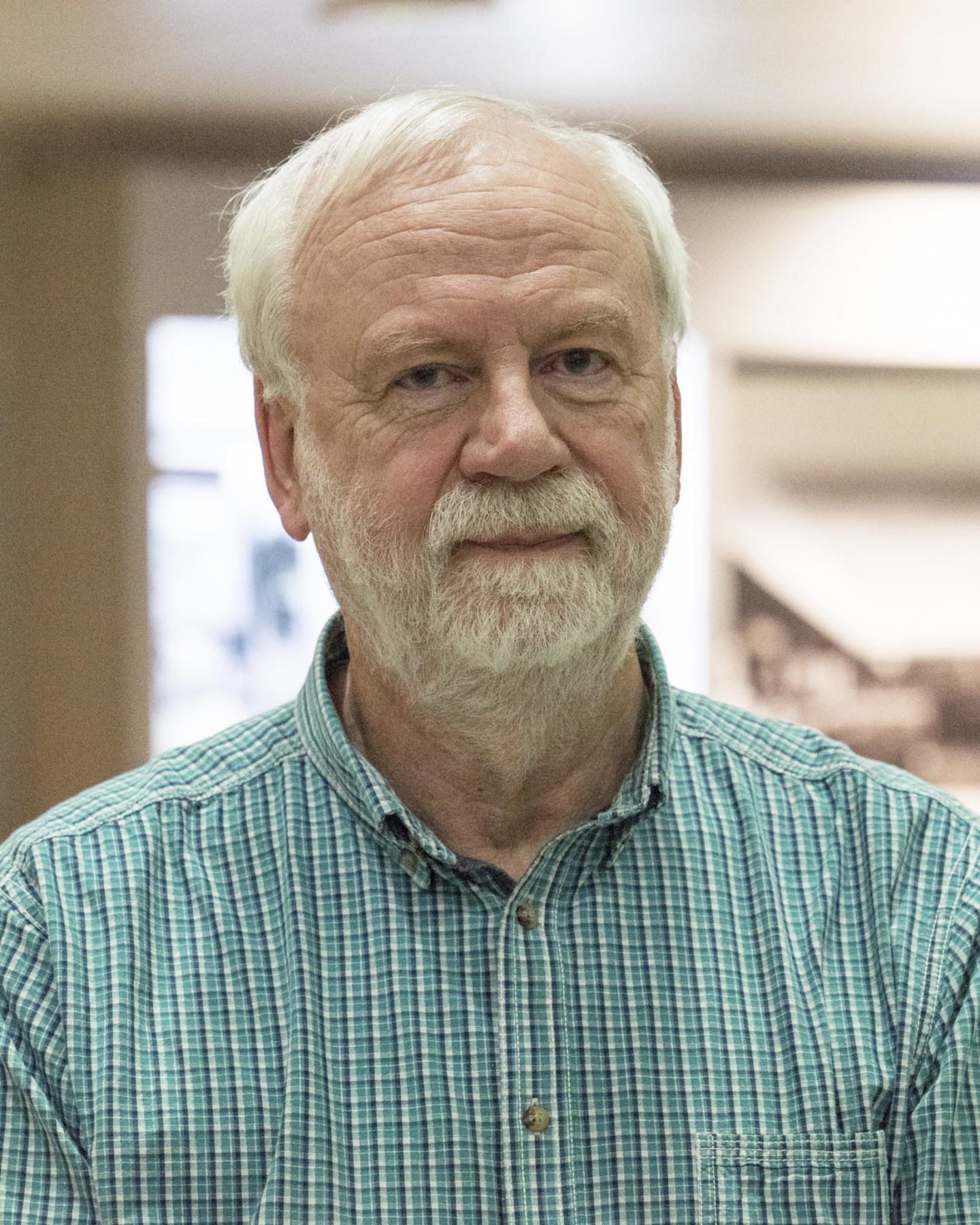 Employers across the UK could face legal action from employees who return to work and contract the COVID-19 virus, a leading health and safety expert has warned.