Why climate scientists are watching the world’s response to coronavirus

Newswise — Spread of the coronavirus has halted critical field studies related to climate change, and many researchers have been left to wonder when they’ll start up again.

But climate scientists at the University of Notre Dame say despite the challenge to collecting data, the current crisis is already spurring new proposals for research and revealing interesting parallels to the climate crisis that could provide valuable lessons for the future.

Coronavirus and the carbon economy

Adrian Rocha, associate professor of ecosystem ecology in the department of biological sciences at Notre Dame, was to begin collecting data from the Toolik Lake field station at Alaska’s North Slope in May. Rocha studies environmental and ecological change in the Arctic in order to develop and implement tools for better understanding and predicting how ecosystems will respond to future changes in climate.

The station announced it would essentially shut down in response to the coronavirus pandemic and would provide no on-site services, therefore suspending research. Even with field operations coming to a standstill, Rocha said the global health crisis is generating proposals for research and that he expects to see a variety of related studies such as analysis of satellite data that could provide insight into how shutdowns are impacting carbon emissions.

“On a global scale, there will be a reduction in the carbon that’s emitted through economic activity,” he said. “It’s a disturbance on the system. I think this is going to be a long-term disturbance relative to other disturbances we’ve seen.”

Pointing to shutdowns in states like California, Rocha added, “These regional economic powerhouse shifts in activity are what really contribute to changes in how much carbon we emit. And because this is a global phenomenon, there will be global consequences to it.”

Right now, Rocha acknowledged scientists, like everyone else, are thinking about how to keep themselves and their families safe.

“Everyone is in survival mode right now, and rightfully so, but these kinds of studies could give us a better idea of what we need to do to curb emissions in the future. And I do think we’ll gain a better appreciation of our impact on the environment through this.”

Witnessing the paradox of preparedness

“In the world of climate change, we've said for a long time that moving swiftly before the bad things happen is critical,” said Jason McLachlan, associate professor and paleoecologist in the department of biological sciences at Notre Dame. “It’s true for climate change because greenhouse gasses last in the atmosphere for a really long time and it’s true in the case of this particular crisis because people with coronavirus can be asymptomatic,” which allows for continued spread of the virus over time. “In situations like these,” McLachlan said, “if you wait until things are bad, you’re behind — and you can’t just reverse it.”

It is a real-time lesson in the paradox of preparedness, said McLachlan, quoting the phrase he’s heard from epidemiologists. “It’s the idea that the more proactive work you do to avoid a crisis, the less likely the crisis is. The less likely the crisis is, the more likely people are to say, ‘Well we wasted our time preparing because there was no crisis.’ But what you want is to spend that time preparing to avoid the crisis.”

Since teaching his classes online, McLachlan said he’s been discussing how the current pandemic may impact climate as well as what can be learned from the world’s response.

“There are three time scales to think about,” he said. “From the short term, to the medium, and the long term, the significance to climate change jumps at each of those scales. Right now, an example of the short term is emissions are down. From space, you can see a dip in pollution and pollutants like carbon dioxide — a result of changes in industry, transportation, fewer cars on the road for example and the transportation industry as a whole.”

An example of impact on a medium scale would be the economy, McLachlan said. “In 2008 we had a 10 percent reduction in greenhouse gasses that primarily came from consumer activity. It was a downturn that lasted a few years and when we recovered, rates went back up to where we are now.”

While the recession in 2008 provided a number of lessons for climate scientists, the expectation and the hope for the current global economy is for a strong and robust rebound.

The interesting and much more significant impact this may have on climate change, according to McLachlan, is the long-term scale.

“We’ve demonstrated that global action is possible with this outbreak,” McLachlan said. “The question is, what will the world look like culturally, politically and economically when we come back from this? Because that really affects climate change. Are we going to be inclined more toward a global international perspective or are we going to retreat to nationalism? If we imagine an epidemic, followed by recession, followed by the response of a society that circles the wagons — every country protecting itself and not interacting with other countries — that makes it really hard to address global issues like climate change or future pandemics. These issues must have people working together.”

McLachlan and Rocha are affiliated members of the Environmental Change Initiative at Notre Dame. 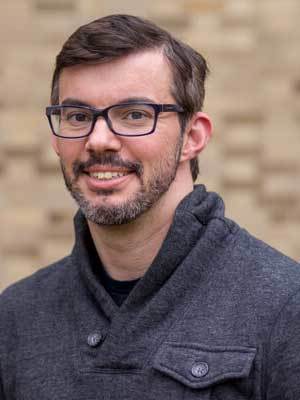 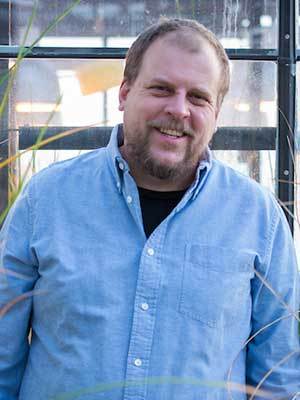 Caption: Jason McLachlan, associate professor and paleoecologist in the department of biological sciences at Notre Dame