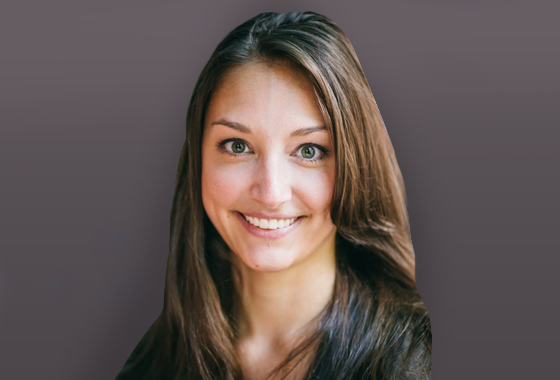 Karen Lasater, PhD, RN, is an assistant professor and researcher at the Center for Health Outcomes and Policy Research.

CHOPR Director Linda Aiken, PhD, RN, a senior researcher and professor at the University of Pennsylvania.

Newswise — Philadelphia (August 18, 2020: 7:00 AM EST) – According to a new study published today in BMJ Quality & Safety, many hospitals in New York and Illinois were understaffed right before the first surge of critically ill Covid-19 patients. The study, “Chronic Hospital Nurse Understaffing Meets Covid-19,” documented staffing ratios that varied from 3 to 10 patients for each nurse on general adult medical and surgical units. ICU nurse staffing was better but also varied significantly across hospitals.

Researchers at the University of Pennsylvania found that the workload had adverse consequences on nurses and on patient care. One third of patients in New York state and Illinois hospitals did not give their hospitals excellent ratings and would not definitely recommend their hospital to family and friends needing care.

“Half of nurses right before the Covid-19 emergency scored in the high burnout range due to high workloads, and one in five nurses said they planned to leave their jobs within a year,” said lead author Karen Lasater, PhD, RN, an assistant professor and researcher at the Center for Health Outcomes and Policy Research (CHOPR) at the University of Pennsylvania School of Nursing (Penn Nursing).  “It is an immense credit to nurses that in such an exhausted and depleted state before the pandemic they were able to reach deep within themselves to stay at the hospital bedside very long hours and save lives during the emergency,” continued Lasater.

“It is very important for the public to take note that in this large study of nurses practicing in New York and Illinois hospitals, half of nurses gave their hospitals unfavorable grades on patient safety and two-thirds would not definitely recommend their hospital to family and friends,” said CHOPR Director Linda Aiken, PhD, RN, a senior researcher and professor at the University of Pennsylvania. She noted that nurses have been rated in the Gallup poll as the profession most trusted by the American public for past 18 consecutive years.

The researchers surveyed all registered nurses (RNs) holding active licenses to practice in New York state and Illinois during the period December 16, 2019 to February 24, 2020, immediately prior to the Covid-19 medical emergency. Hospital nurses reported on the number of patients assigned to them to care for at one time. These nurse reports were linked to Medicare patient-reported outcomes for the same hospitals. They studied 254 hospitals throughout New York state and Illinois, including 47 hospitals in the metropolitan New York area (the five NYC boroughs plus Nassau and Westchester counties).

Both New York state and Illinois have pending legislation requiring hospitals to meet minimum safe nurse staffing standards--no more than four patients per nurse on adult general medical and surgical units. The study found that most hospitals in both states currently do not meet these proposed standards, nor do they even meet the safe nurse staffing standard of five patients per nurse set by legislation in California 20 years ago.

“This study provides an important public service by documenting in real time and in states debating current nurse staffing legislation actual hospital nurse staffing levels—information not now easily accessible to the public—and the adverse consequences of such great variation in an essential component of hospital care—nursing,” said Maryann Alexander, PhD, RN, coauthor and Chief Officer, Nursing Regulation at the National Council of State Boards of Nursing.

About the National Council of State Boards of Nursing

The National Council of State Boards of Nursing (NCSBN) is a non-profit organization based in Chicago whose US members include the nurse regulatory bodies in the 50 states, the District of Columbia, and four US territories. NCSBN administers the national registered nurse licensure and other exams and led the development and implementation of the Nurse Licensure Compact that allows a nurse to have one multi-state licensure and practice in the other 34 states that to date have passed the Nurse Licensure Compact.

About the Leonard Davis Institute of Health Economics

Since 1967, the Leonard Davis Institute of Health Economics at the University of Pennsylvania (Penn LDI) has been the leading university institute dedicated to data-driven, policy-focused research that improves our nation’s health and health care. Penn LDI connects all twelve of Penn’s schools, the University of Pennsylvania Health System, and the Children’s Hospital of Philadelphia through its more than 300 Senior Fellows. See more at ldi.upenn.edu and on Twitter @PennLDI.

Caption: Karen Lasater, PhD, RN, is an assistant professor and researcher at the Center for Health Outcomes and Policy Research.