The American Educational Research Association is holding the 17th Annual Brown Lecture in Education Research on October 22 from 6:00 p.m. to 7:30 p.m. EDT. The event, which will be held virtually, is free and open to the public. ASL and closed captioning will be provided. Register here.

This year’s lecture, titled “The Segregation Pandemic: Brown as Treatment or Placebo?,” will be delivered by William F. Tate IV. A moderated discussion forum will follow Tate’s talk with an opportunity for audience Q&A.

A pandemic is an epidemic occurring on a scale that crosses the globe. A condition is not a pandemic merely because it exists in different regions of the world or results in the death of many people; it must also be infectious. In this lecture, Tate will argue that over the past 500 years, by way of mutually reinforcing regimes consisting of politicians, intellectuals, religious supporters, business leaders, and others, an ideology of a racial biology “infected” the world, causing a disease to spread in global fashion. Tate will draw on his own research and a body of other scientific evidence, to show how the disease fed on a rhetoric that assigned biological superiority to certain races and how a pandemic of segregation resulted. Tate will explore Brown through the lens of a medical model and its various pervasive effects on society and education.

Tate’s research has focused on human capital development in STEM fields; epidemiological models and geospatial applications with a focus on adolescent and child development and health outcomes; social development of youth in metropolitan communities; and social stratification. Tate is an AERA past president (2007–08) and an AERA Fellow. He is also an elected member of the National Academy of Education. Read more

The event will be held virtually. Register here.

The event is free and open to the public. ASL and closed captioning will be provided.

About the Brown Lecture:

The Brown Lecture illuminates the important role of research in advancing understanding of equality and equity in education. The Brown Lecture was inaugurated by AERA in 2004 to commemorate the 50th anniversary of the Brown v. Board of Education decision, in which the U.S. Supreme Court took scientific research into account in issuing its landmark ruling. Each year a leading scholar notable for producing significant research related to equality in education is invited to give this public lecture in Washington, D.C.

About AERA
The American Educational Research Association (AERA) is the largest national interdisciplinary research association devoted to the scientific study of education and learning. Founded in 1916, AERA advances knowledge about education, encourages scholarly inquiry related to education, and promotes the use of research to improve education and serve the public good. Find AERA on Facebook, Twitter, and Instagram.

Using a new mathematical approach to screen large groups for Covid-19 could be around 20 times cheaper than individual testing, a study suggests. 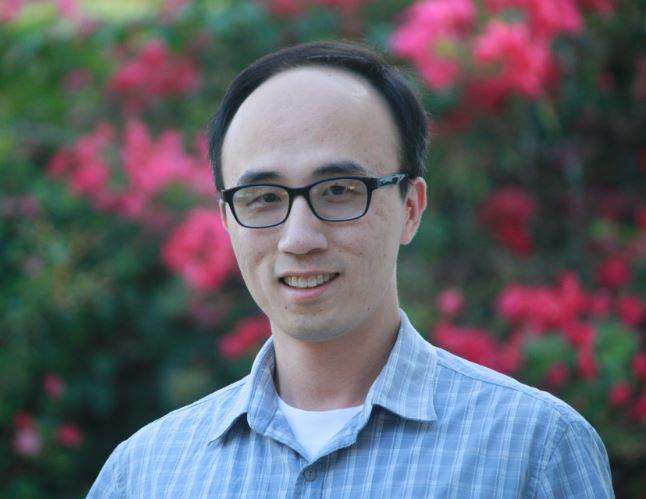 People have different susceptibilities to SARS-CoV-2, the virus behind the COVID-19 pandemic, and develop varying degrees of fever, fatigue, and breathing problems -- common symptoms of the illness. What might explain this variation?

Two studies examining the impact of COVID-19 on neonatal intensive care units (NICUs) found the prevalence of COVID-19 in NICU infants is low, yet many hospitals at the start of the pandemic put in place strict parental visitation policies and scaled back NICU services such as lactation support and therapy.

Dirk Dittmer, PhD, professor of microbiology and immunology at the UNC School of Medicine, is tracking the virus that causes COVID-19 by sequencing the genome of virus samples collected from diagnostic testing. Using next generation sequencing on SARS-CoV-2 will help accurately diagnose the novel coronavirus, identify mutations and track its history.

Much attention is paid to the work early childhood teachers do in the classroom, but their tasks away from their students can be just as essential to children’s learning and development.

Two Rutgers New Jersey Medical School pediatricians discuss the importance of keeping children and adults up to date with immunizations during the coronavirus crisis.

A reporter's PressPass is required to access this story until the embargo expires on 24-Oct-2020 5:00 PM EDT The Newswise PressPass gives verified journalists access to embargoed stories. Please log in to complete a presspass application. If you have not yet registered, please Register. When you fill out the registration form, please identify yourself as a reporter in order to advance to the presspass application form.

A COVID-19 transmission model inspired by gas-phase chemistry is helping the Centers for Disease Control and Prevention (CDC) forecast COVID-19 deaths across the country. Developed by Yunfeng Shi, an associate professor of materials science and engineering at Rensselaer Polytechnic Institute, and Jeff Ban, a professor of civil engineering at the University of Washington, the model uses fatality data collected by Johns Hopkins University and mobility data collected by Google to predict disease spread based on how much a population is moving within its community.