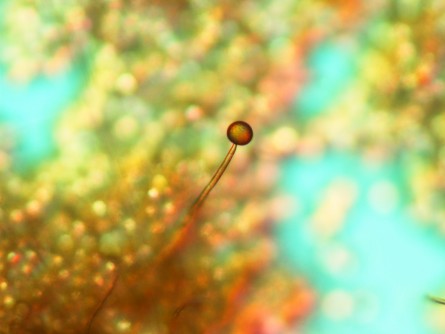 Newswise — Though organisms can be studied in isolation, a more comprehensive picture emerges when their environmental interactions are taken into account. Along the same lines, many of the 30 proposals selected for the 2018 Community Science Program (CSP) of the U.S. Department of Energy Joint Genome Institute (DOE JGI), a DOE Office of Science User Facility, aim to utilize multiple genomic and analytical capabilities, along with scientific expertise, to users focused on the underlying mechanisms involved in bioenergy generation and biogeochemical processes.

“These new CSP projects demonstrate further growth into multi-omics, with nearly all requesting functional genomics technologies including transcriptomics, epigenomics and metabolomics, and roughly half spanning more than one of our Science Programs,” said Susannah Tringe, DOE JGI User Programs Deputy. “They bring exciting new investigators, ideas and approaches to the application of genomics to DOE mission science.”

The CSP 2018 proposals were selected from 76 full submissions based on 94 letters of intent. Click here to see the full list of approved CSP 2018 proposals. Additionally, 60 percent of the accepted proposals come from new DOE JGI primary investigators.

Among this year’s accepted proposals:

These projects, as well as the other 17 selected in this round of the CSP, represent new ways of incorporating DNA sequencing with other analytic approaches to explore biological relationships that underpin bioenergy and biogeochemical processes. Understanding how microbes live in association with other microbes and plants, how plant genome diversity results from DNA modifications, how microbes exploit available local nutrient resources, and how metabolic plasticity can be understood and potentially exploited, among other questions, will help scientists leverage high throughput analytic methods for DOE mission purposes.