To make better energy storage devices, researchers aim to better understand ionic conduction. That is, how do ions move from one location to another inside a material? We know the ions travel through point defects. These defects are irregularities in the arrangement of atoms. Using supercomputer simulations and a large dataset of materials, they found a connection between distortions in the material’s atomic structure and the amount of energy required to separate a proton from the material. When this connection occurs, it makes protons heavier and slower, inhibiting proton conduction.

The team’s work could help identify existing and new materials able to compete with some of the fastest known proton conductors. These novel materials could enable more reliable and efficient solid oxide fuel cells. These cells are energy storage devices that convert chemicals into electricity to power vehicles, etc.

The sometimes sluggish process of ionic conduction can limit the performance and efficiency of fuel cells, batteries, and other energy storage technologies. To systematically screen materials from a dataset of over 80 different perovskite compositions and uncover such deficiencies, the team used the Titan supercomputer at the Oak Ridge Leadership Computing Facility, a Department of Energy Office of Science user facility. The researchers studied materials including one of the fastest known proton conductors, an altered version of the compound barium zirconate (BaZrO3). Barium zirconate is formed by replacing zirconium (Zr) with yttrium (Y), an element that reduces the overall charge of the compound to facilitate the addition of protons. Elements that exhibit this behavior are called acceptor dopants, and the material in question is often referred to as yttrium-doped BaZrO3, or Y-BZO. In studying the materials, the team revealed correlations between lattice distortions and proton binding energy—the amount of energy required to separate a proton from a material. The correlations can make protons heavier and slower, inhibiting proton conduction. Having discovered the connection between lattice distortions and proton binding energy, the team aims to identify existing materials and selectively design new ones able to compete with Y-BZO. To validate the computational results, members of the team conducted a series of complementary experiments. Next, the team plans to investigate the behavior of mobile ions in other materials. Future findings could enhance other types of fuel cells, as well as lithium-ion batteries.

This research was sponsored by the Laboratory Directed Research and Development Program at Oak Ridge National Laboratory (ORNL). The team used resources at the Oak Ridge Leadership Computing Facility, the Center for Nanophase Materials Sciences (CNMS), and the Spallation Neutron Source (SNS), which are all Department of Energy (DOE) Office of Science user facilities located at ORNL. Part of the research used resources at the National Energy Research Scientific Computing Center (NERSC), a DOE Office of Science user facility located at Lawrence Berkeley National Laboratory. N.B.G. acknowledges support from the National Science Foundation. 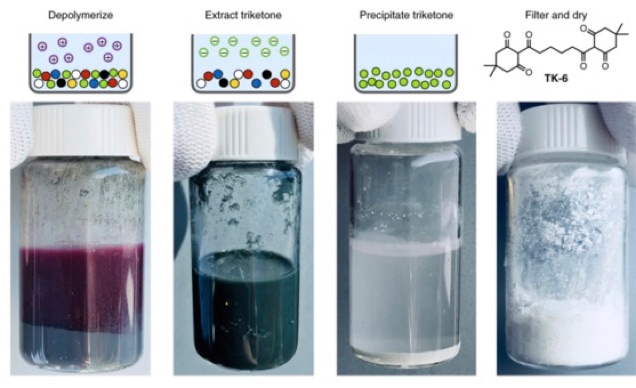