A day in the life of two accelerator experts

Over the past few years, Kathleen Ratcliffe and Tien Fak Tan have worked together to help build the superconducting accelerator that will drive new scientific discoveries at SLAC’s X-ray laser. 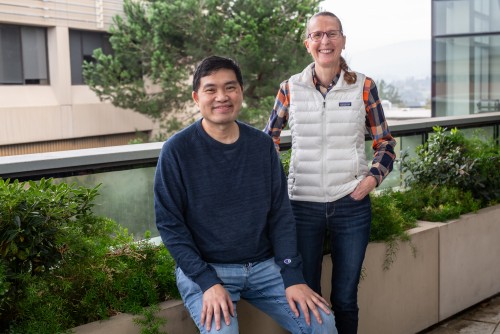 Kathleen Ratcliffe and Tien Fak Tan lead teams that play key roles in upgrading the Linac Coherent Light Source X-ray free-electron laser at SLAC National Accelerator Laboratory. Ratcliffe's job is to coordinate the manufacturing, distribution and installation of the parts that make up the accelerator. Tan oversees the engineers who design the parts. 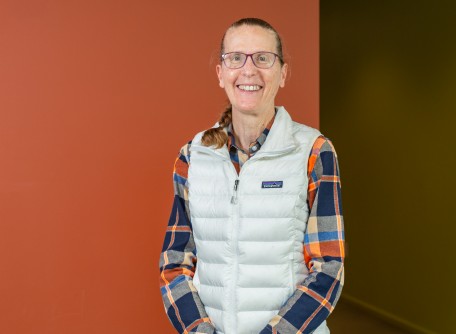 SLAC's Kathleen Ratcliffe coordinates the manufacturing, distribution and installation of the parts that make up the new superconducting accelerator for LCLS-II, a major upgrade to the lab's Linac Coherent Light Source X-ray free-electron laser. 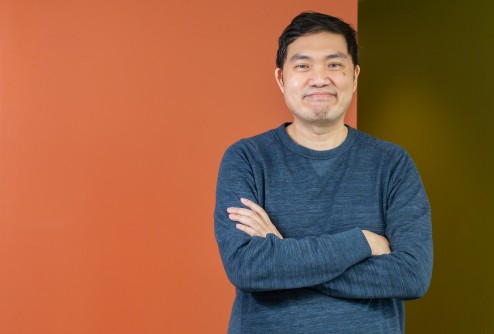 SLAC's Tien Fak Tan oversees the engineers who design the parts for LCLS-II, a major upgrade to the lab's Linac Coherent Light Source X-ray free-electron laser. His team also addresses any challenges that arise during installation.

Newswise — Upgrading an accelerator is a lot like modernizing a house, according to Kathleen Ratcliffe and Tien Fak Tan, managers at the Department of Energy’s SLAC National Accelerator Laboratory. It just requires extra teamwork and a highly specialized understanding of the physics and technology that make accelerators work.

They both lead teams in SLAC’s Accelerator Directorate, which has been busy supporting a major upgrade to the Linac Coherent Light Source (LCLS) X-ray laser. The project, LCLS-II, includes the addition of a superconducting accelerator that will produce a second X-ray laser beam that shines 10,000 times brighter on average than its predecessor and fires 8,000 times faster — up to a million pulses per second.

Ratcliffe's job is to coordinate the manufacturing, distribution and installation of the parts that make up the accelerator. Tan oversees the engineers who design the parts. Whenever challenges arise in the installation, Tan works with other engineers to design a solution and Ratcliffe takes those designs and transforms them into physical parts and systems. Then Ratcliffe, Tan and their teams of engineers and technicians turn those parts into an accelerator.

Essentially, Tan is like an architect making and tweaking the designs, and Ratcliffe is like the contractor working to make their implementation possible. The two are constantly feeding information and ideas to each other to ensure the final product works as intended. Their work also requires cooperation and coordination with hundreds of different people across multiple departments at SLAC.

And now, after years of that work, Ratcliffe and Tan are eager for the accelerator’s time to shine: LCLS-II is set to turn on in 2022. The upgrade will allow SLAC to host new types of cutting-edge experiments, leading to advancements in materials, physical, chemical and biological sciences.

'A mountain of parts'

As installation manager for the LCLS-II upgrade, Ratcliffe ensures that the entire accelerator comes together safely and according to the physics requirements that will enable the machine to focus, steer and accelerate the electron beam. Building nearly 4 kilometers of accelerator also requires a lot of materials, and since she's also the department head of technical planning in the directorate, Ratcliffe organizes all of them.

'"It's really intense work, but she just keeps continuing with the same intensity," says Dian Yeremian, a physicist at SLAC who has worked with Ratcliffe at SLAC for over three decades.

The work's intensity only increased during the coronavirus pandemic. While California residents sheltered in place, parts for the new accelerator continued to come in from outside suppliers. The inventory and installation teams adopted COVID safety protocols that allowed them to quickly resume manufacturing and construction. But they still had catching up to do.

"There was just this mountain of parts," Ratcliffe says. "If you were standing in front of the pile, you couldn't see the back of the building." It was immensely satisfying to watch that mountain transform into an accelerator, she says.

Getting up to speed

Tan is the lead mechanical engineer and also an installation manager for LCLS-II, so he and his team work to integrate those parts and systems into the accelerator. He also heads the Mechanical Engineering Department in the directorate and has worked at SLAC for nearly four years.

"What's impressive about Tien is that he doesn't come from the accelerator world," Yeremian says. "In a very short time, he has gained enough understanding of the physics so he can work out engineering solutions that mesh with what the accelerator needs to operate."

During the LCLS-II project, Ratcliffe and Tan have worked closely together. "We both need each other in a lot of ways for the project to be successful," Ratcliffe says.

But they’ve also worked with massive teams beyond their home departments. "We're just two of the people who work on the accelerator," Tan says. "And this thing takes everyone here. It really takes a lot of folks."

Piecing together a puzzle

Each section of the accelerator comes with different needs and challenges, and Ratcliffe and Tan work with section leads to tailor their expertise to all of them. Yeremian has been particularly impressed with Tan and Ratcliffe's work on the LCLS-II section she oversees, the injector. After particles emerge from the electron source, this 90-meter section of the machine increases their energy 100-fold, getting their speed ever closer to the speed of light. The injector is particularly crowded — many parts and assemblies need to fit together in a cramped space.

Tan and Ratcliffe were faced with a tall order: They needed to make sure all these parts fit correctly without disturbing the very precise physics required for the injector to work.

"Every day, you're basically trying to make sense of a very interesting puzzle," Tan says.

Even as the installation was underway, Tan had to constantly integrate new information about how the plans for the accelerator were coming together in real life. When parts needed tweaking, he and Ratcliffe worked together and with their teams to manufacture and install them with precision and efficiency.

"What they learn in the downstream systems, I take advantage of at the injector," Dian says. "They transferred what they learned in my section to the other team leads, and the other leads were able to improve their sections because of that."

All of this creative puzzle solving takes place in a special environment: the 60-year-old accelerator tunnel.

"If you go into the accelerator after it's been raining, it's warm and humid," Ratcliffe says. "It has a distinct smell about it. Not a bad smell, but I don't think you would find it anywhere else."

While much of the tunnel has received updates over the years, some of the areas involved in the LCLS-II upgrade remained eerily untouched before Tan and his team entered them.

In some stretches of the accelerator, old parts were removed to make room for the upgraded components. But in many sections, equipment for the new accelerator needed to be integrated with existing machinery that is still crucial for research at SLAC.

"It's like remodeling a historical house, which is more challenging and exciting than building a house from scratch," Ratcliffe says. "There's a lot of really cool stuff that you want to keep, but you might want to modernize it. So you have the old and the new all combined together."

This remodeling makes Ratcliffe and Tan part of a 60-year-old legacy of accelerator builders at SLAC. "It was pretty cool to go in there to see all the history of all the things that someone else had worked on," Tan says. "You're trying to figure out how some engineer 40 or 50 years ago was thinking and why they built things the way they did."

Ratcliffe and Tan are both aware that the machine they've worked so hard on for the past few years will be used to answer fundamental questions about physics. "It's cool that we get to help out in small ways each day, and somehow it fits into this big picture," Tan says.

Now that the new accelerator is nearly complete. the next step is to begin cooling it to the cryogenic temperatures needed for the superconducting technology to kick into gear before it produces first light this year. "You see the light at the end of the tunnel," Ratcliffe says.

LCLS is a DOE Office of Science user facility.

SLAC is operated by Stanford University for the U.S. Department of Energy's Office of Science. The Office of Science is the single largest supporter of basic research in the physical sciences in the United States and is working to address some of the most pressing challenges of our time.