The ePix10k detector is ready to advance science at SLAC’s Linac Coherent Light Source X-ray laser and at facilities around the world.

The new ePix X-ray camera, capable of taking up to 1,000 images per second, has been tested at the BioCARS experimental station at Argonne National Laboratory’s Advanced Photon Source. This video, recorded with the camera during the tests, shows a changing pattern of X-rays scattered by crystals. 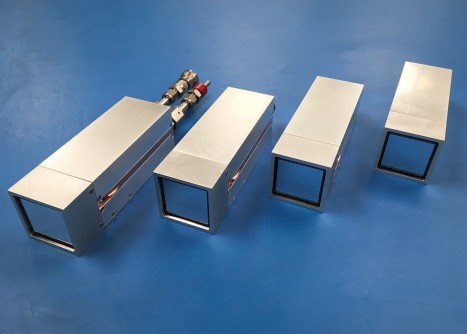 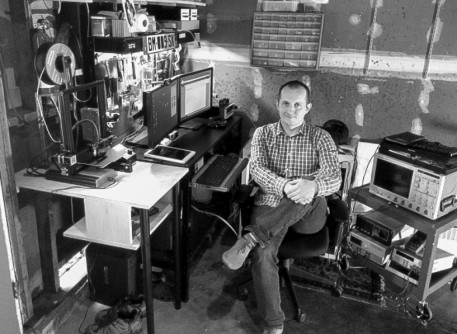 SLAC electrical engineer Maciej Kwiatkowski was instrumental in firmware development for the ePix X-ray camera. Firmware is similar to a program that is embedded in the camera and defines its functionality. 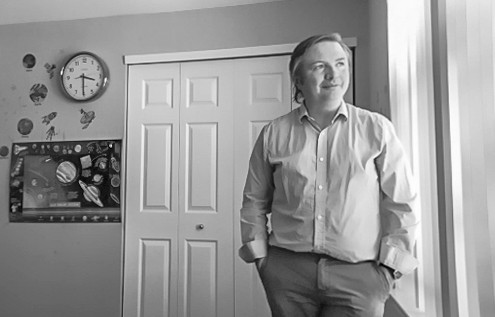 SLAC physicist Gabriel Blaj was in charge of testing the latest ePix X-ray camera with a frame rate of 1,000 images per second. 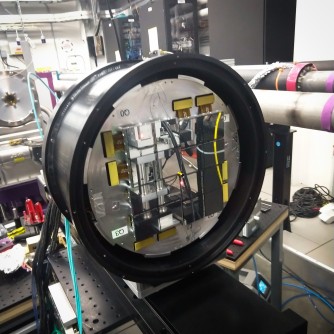 Newswise — Scientists around the world use synchrotrons and X-ray lasers to study some of nature’s fastest processes. These machines generate very bright and short X-ray flashes that, like giant strobe lights, “freeze” rapid motions and allow researchers to take sharp snapshots and make movies of atoms buzzing around in a sample.

A new generation of X-ray detectors developed at the Department of Energy’s SLAC National Accelerator Laboratory, called ePix10k, can take up to 1,000 of these snapshots per second – almost 10 times more than previous generations – to make more efficient use of light sources that fire thousands of X-ray flashes per second. Compared to previous ePix and other detectors, this X-ray “camera” can also handle more X-ray intensity, is three times more sensitive and is available with higher resolution – up to 2 megapixels.

The ePix10k will become the new workhorse for X-ray science at SLAC’s Linac Coherent Light Source (LCLS) X-ray laser, and it’s also benefitting other facilities. Teams at the Advanced Photon Source (APS) at DOE’s Argonne National Laboratory and at European XFEL in Germany are already using the technology, and more groups could follow suit in the near future.

“With the ePix10k, we pushed the state of the art and created a new camera with truly unique features,” says SLAC senior scientist Christopher Kenney, who led the camera construction project. “It’s a great development that is now available to facilities around the world.”

SLAC’s ePix X-ray cameras are designed to match the specific needs of scientists who use powerful X-ray light sources to study the atomic details of chemistry, biology and materials. They are fast, perform stably over long periods of time and are sensitive to a broad range of X-ray intensities, meaning they can handle extremely bright X-ray beams as well as single photons.

The cameras consist of two major core parts: a light-sensitive sensor and an application-specific integrated circuit, or ASIC, that processes the signals picked up by the sensor and gives the camera its unique properties.

Previous detectors, such as ePix100 used by LCLS scientists for several years, were tailored to maximize performance at the X-ray laser’s firing rate of 120 pulses per second. SLAC’s detector team further developed the technology so that it can now be used to capture up to 1,000 images per second.

“When we started the project, we already knew that our ASICs could handle higher rates, but it wasn’t clear how far we could push the rest of the technology,” says SLAC electrical engineer Maciej Kwiatkowski.

It turns out the path to a detector that can take images at a 10 times higher rate was relatively straightforward: Without the need to change any of the camera’s hardware, the team reached the new specifications by upgrading and tuning only the device’s firmware, which is similar to a program that is embedded in the camera and defines its functionality.

“The real challenge was to adjust the camera’s parameters to operate at the new speed limit without degrading camera performance,” says SLAC physicist Gabriel Blaj, who was in charge of testing the new device. “But in the end, we were able to use the technology we’ve been developing for several years and run it faster.”

Applications around the world

To get the camera ready for its use at LCLS, the team tested it first with an X-ray tube at SLAC. Last year, they also took a prototype to the BioCARS beamline at APS, an experimental station for studies of processes in biology and chemistry.

One of the techniques used at the beamline is time-resolved serial crystallography, in which researchers shoot laser light at a jet of tiny crystals and use APS X-rays to examine how the crystals’ atomic structure responds to the laser stimulus.

“We apply this method to proteins to learn, for instance, how enzymes catalyze important biological reactions,” says BioCARS operations manager Robert Henning from the University of Chicago. “In principle, we could do these experiments with up to 1,000 X-ray pulses per second at APS, but most detectors can’t handle the full intensity associated with that rate.”

The new detector will let scientists use the X-ray source’s full firing power, saving them a lot of time.

“To obtain a complete data set, we typically need to take thousands of X-ray shots,” Henning says. “Being able to use every single one of APS’s pulses will cut down the time it takes to accomplish that.”

The new ePix detector is also already in use at the European XFEL, a powerful new X-ray laser in Germany that will eventually fire up to 27,000 times per second. SLAC has partnered with Rayonix, a company that develops X-ray detectors for research, to commercialize the technology under a DOE Small Business Innovation Research grant.

One important feature of the ePix detector is that individual units can be tiled together into a larger detector, which improves the resolution of the X-ray images it takes. Last year’s tests at APS were done with a single unit containing 130,000 pixels. Henning’s team has now ordered a model that will combine 16 of these units into a 2.2-megapixel detector about a foot across.

A new 16-unit version has also been installed at LCLS, which just came back online after a major upgrade of its undulator magnets. The upgrade, together with the new detector, will allow scientists to study the motions of atoms with higher resolution than before.

“The detector will become the new workhorse for our science,” says LCLS instrument scientist Tim van Driel. “It can handle 100 times more X-ray intensity and is much larger than the previous version, ePix100. It’ll also replace other large-area detectors that we’ve been using for the past 10 years.”

Van Driel studies how molecules scatter and absorb X-rays in solution to learn more about chemical processes, such as bond breaking and formation, on an atomic level. But extracting this information is challenging.

“The signals we’re looking for are subtle changes in X-ray intensity – a thousand times smaller than the background intensity,” he says. “So, we need a very flexible detector that can adjust its sensitivity so that it can handle tens of thousands of photons per second of background signals while detecting very few, even single photons associated with tiny chemical changes. The new device is designed to switch automatically between different sensitivities, so it’s just the right detector for the job.”

Delivering the ePix10k technology with a frame rate of 1,000 images per second is a major milestone, but the next challenge already awaits SLAC’s X-ray detector developers.

The next-generation X-ray laser LCLS-II, currently under construction at SLAC, will produce up to a million pulses per second, and no X-ray detector in the world today is able to keep up with that speed.

In addition, the team is working on a revolutionary new class of cameras, called SparkPix, which will be able to collect images at the same high rate at which LCLS-II will fire X-ray pulses and to process data in real time.

Story on the web: https://www6.slac.stanford.edu/news/2020-08-20-new-x-ray-detector-snaps-1000-atomic-level-pictures-second-natures-ultrafast 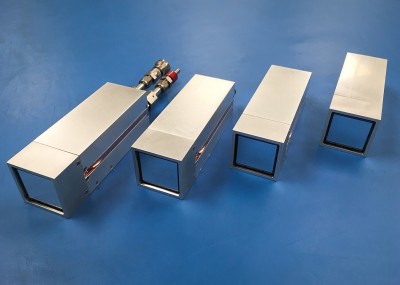 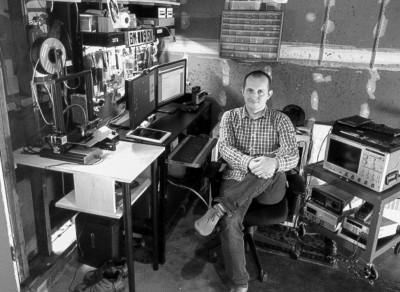 Caption: SLAC electrical engineer Maciej Kwiatkowski was instrumental in firmware development for the ePix X-ray camera. Firmware is similar to a program that is embedded in the camera and defines its functionality. 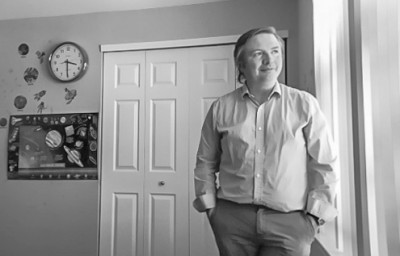 Caption: SLAC physicist Gabriel Blaj was in charge of testing the latest ePix X-ray camera with a frame rate of 1,000 images per second. 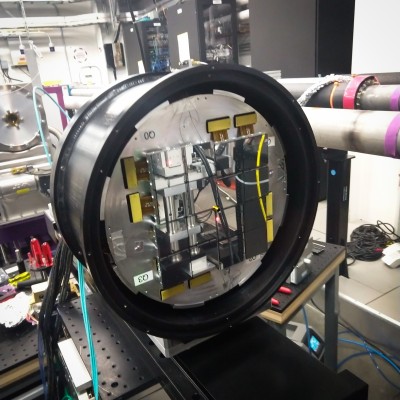