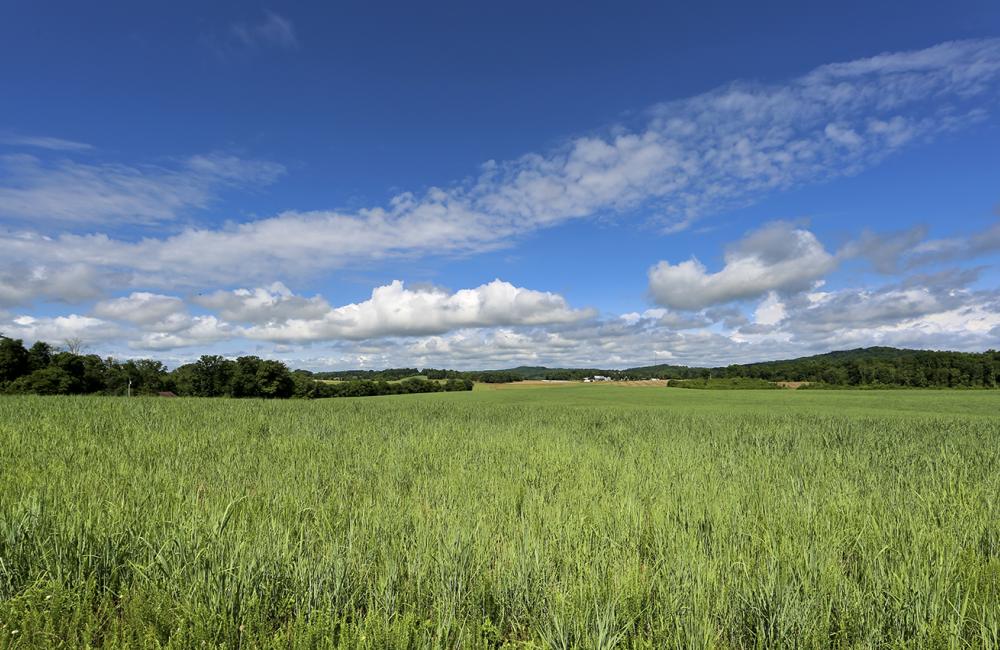 ORNL researchers are examining ways to increase the amount of carbon sequestered in soils by crops such as switchgrass.

Newswise — Nearly a billion acres of land in the United States is dedicated to agriculture, producing more than a trillion dollars of food products to feed the country and the world. Those same agricultural processes, however, also produced an estimated 700 million metric tons of carbon dioxide equivalent in 2018, according to the U.S. Department of Agriculture.

Finding a way to reduce the latter while sustaining the former is becoming an area of increased focus in national decarbonization efforts and is attracting increased attention at Oak Ridge National Laboratory. ORNL is convening a virtual workshop today to bring together industry, academia and the world-class scientific resources of a U.S. Department of Energy national lab to take on the challenge.

“It may not be immediately apparent that there is a connection between energy and agricultural decarbonization, but you only have to scratch the surface to see the two are very entwined,” said David Sholl, who is heading ORNL’s new Transformational Decarbonization Initiative. “For example, huge amounts of energy are expended producing nitrogen-rich fertilizer using natural gas as a feedstock. That fertilizer breaks down in soil to release vast quantities of nitrous oxide, an extremely potent and long-lived greenhouse gas. If we could reduce fertilizer use or even create an entirely new process to make fertilizer, it would be a huge win for decarbonization.”

Even better, a few science-based changes to agricultural practices could convert those millions of acres of farmland into a massive carbon sink, sequestering billions of tons of carbon per year, Sholl said.

Those types of potential impacts have led ORNL to increase the resources invested in agricultural decarbonization research and convene a large workshop on the subject. The workshop will bring together representatives from industry, academia and other national labs to build coordinated teams focused on the technologies and emerging science related to the nexus of soil health, operations and vehicle system efficiencies that can help decarbonize the U.S. agricultural sector.

“These research areas have been a historical focus area for ORNL and its many partners, so it is natural we should apply this knowledge to the agricultural sector, which is ripe for science-driven decarbonization efforts on this scale,” said Moe Khaleel, ORNL’s interim deputy for science and technology and projects. “For instance, ORNL has been a leader in vehicle electrification for decades. We know U.S. agriculture uses many large pieces of machinery that are powered by petroleum products. What progress can we make by electrifying that machinery while still maintaining its power and efficiency?”

While the workshop marks an increased focus on agricultural decarbonization, it is by no means the beginning of the lab’s efforts in that area. ORNL researchers have been working for decades to create hardier bioenergy crops and find other ways to make agriculture less carbon intensive. For example, researchers last year released a study that found the U.S. could sequester 200 million metric tons of CO2 in farmland using a technique known as bioenergy with carbon capture and storage. That number could surge to 700 million by 2040, allowing the U.S. to sequester as much at 46 billion tons by the year 2100.

Other ORNL scientists have discovered a single gene derived from a desert agave plant that can be inserted into crops to make them more drought tolerant, more productive and better able to pull CO2 from the atmosphere. Researchers have also developed a mix of microorganisms that can be used as a biofertilizer that can displace carbon-intensive nitrogen fertilizers.

While other areas of research will no doubt be identified at the workshop, one thing remains certain. If the U.S. is to reach its 2050 emissions goals, it will need to address the agricultural sector, and it will need to do that using cutting-edge scientific techniques available in the DOE national lab system.

“When it comes to decarbonization, all sectors of the economy are important,” Sholl said. “Agriculture has to be ranked as one of the most important, however. Food is an absolute requirement for sustaining life, so we need to apply this high level of scientific rigor to the challenge while maintaining the productivity and innovation that is the hallmark of American agriculture.”