Scientists developed a method to better distinguish the tracks that particles leave behind in liquid argon. 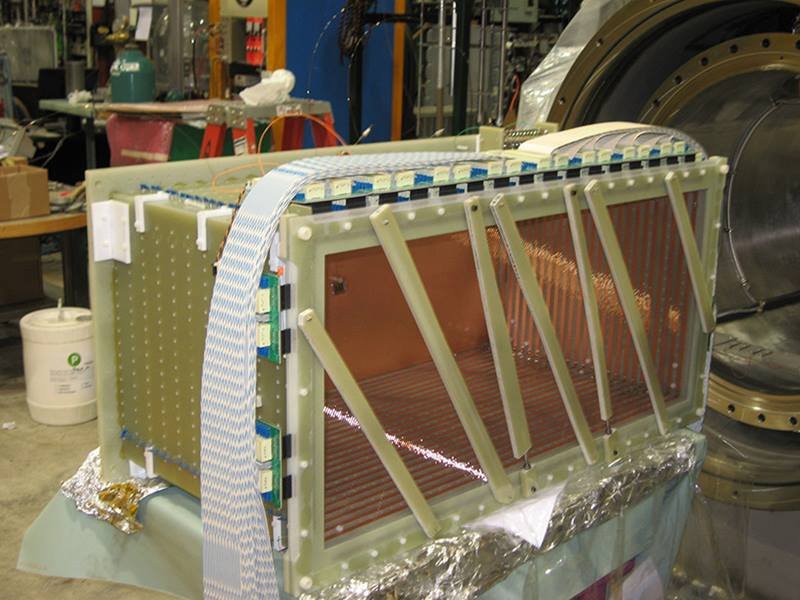 Neutrino particles rarely interact with matter, yet their behavior is an important part of how nature works. Scientists analyzed data from the ArgoNeuT neutrino detector. In doing so, they improved the software that finds particles in liquid-argon based neutrino detectors. They also made measurements that’ll improve simulations of neutrino interactions.

Neutrino s come in three types. While traveling, they can morph from one of their types into another. This process is known as neutrino oscillation, and it's one of the most active research topics related to these curious particles today. To interpret the outcome of neutrino oscillation experiments, researchers need precise neutrino cross-section measurements. These improvements will aid larger neutrino experiments in their quest to understand the nature of the subtle neutrino.

All baseball fans know that probability is a huge component of their favorite sport. In baseball, each batter has a certain probability of hitting the ball based on their skills. Analogously, physicists are aware of the probabilistic nature of the interactions between particles and want to measure these probabilities. A particle in a beam moving toward a fixed target can be imagined as a baseball, thrown by a pitcher, heading to a batter. The particle will not “hit” (interact) with a certainty of 100 percent. Depending on both the particle and the target, that probability changes, and it may be very low.

What do physicists do in that case? They simply throw a lot of identical particles at a specific target to collect a reasonable number of interactions to investigate. Studying how particles interact with different targets in a statistical way can unveil nature’s secrets.

ArgoNeuT was a neutrino detector filled with 170 liters of liquid argon. Charged particles moving in the detector leave behind tracks that can be read and recorded. Scientists can identify the types of particles that move through the detector based on their tracks. Scientists used ArgoNeuT to make the first measurement of an important interaction for other liquid-argon based neutrino experiments, the rate for neutrinos (and antineutrinos) to produce a muon, a charged pion, and any number of nucleons.

Scientists compared their measurements with four of the most commonly used neutrino simulators. The comparison revealed a mismatch between data and most of the neutrino simulation predictions, showing where improvements could be made to modeling neutrino-argon and neutrino-nucleus interactions. The new measurements and analysis techniques from ArgoNeuT will aid larger neutrino experiments in their quest to understand the nature of the neutrino.