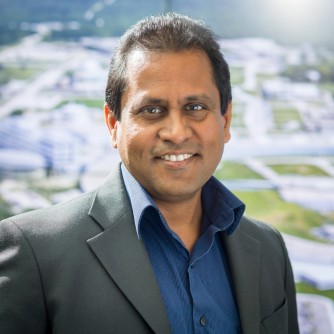 Newswise — A method that significantly cuts the time and cost needed to grow graphene has won a 2017 TechConnect National Innovation Award. This is the second year in a row that a team at the U.S. Department of Energy’s (DOE) Argonne National Laboratory’s Center for Nanoscale Materials has received this award.

In this case, the method was developed by a team led by Center for Nanoscale Materials scientist Anirudha Sumant and collaborators at the University of California-Riverside.

The technology greatly improves the methodology to creating graphene, which is essentially a one-atom-thick layer of pure graphite.

This wonder material, first discovered about a decade ago, holds tremendous promise because of its unique properties and potential applications in technological areas such as advanced touch screens, long-lasting batteries, transparent and conducting coatings for solar cells and next-generation oil-free solid lubricants.

The trouble? The conventional ways to create graphene, particularly for electronic applications, are expensive and difficult. Often the process requires transferring the graphene from the original wafer, which introduces contamination that can diminish the unique properties of graphene – thus defeating its purpose for electronics and other applications, Sumant said.

“Our process takes just one minute, compared to conventional processes that can take several hours at a very high temperatures, and the wafers that we use to build the graphene cost about half of the price of conventional wafers,” Sumant said. “More importantly, one can build the devices directly on the wafer without needing to transfer the graphene.”

A report outlining the method was published last year in Nature Communications and secured three patents, which are now ready for licensing.

“We have received a lot of interest from various groups and industry leaders because of the need to make graphene more efficiently and with fewer impurities,” Sumant added.

The TechConnect Innovation Awards go to the top early-stage innovations from around the world through an industry-review process of the top 20 percent of annually submitted technologies into the TechConnect National Innovation Summit. Rankings are based on the potential positive impact the submitted technology will have on a specific industry sector.

The awards were announced at the TechConnect conference earlier in May. The members of the team from Argonne include Diana Berman, Badri Narayanan, Sanket Deshmukh, Subramanian Sankaranarayanan, Alexander Zinovev and Daniel Rosenmann; collaborators from University of California-Riverside include Alexander Balandin and Zhong Yan.

This is the second year in a row a team led by Sumant has won a TechConnect National Innovation Award: Last year, his team at Argonne won for a new technology based on graphene-nanodiamond for achieving superlubricity.

The original research used resources at the Center for Nanoscale Materials and the Argonne Leadership Computing Facility as well as the National Energy Research Scientific Computing Center at Lawrence Berkeley National Laboratory, all DOE Office of Science User Facilities. Additional support was provided by the U.S. Department of Energy’s Office of Science. 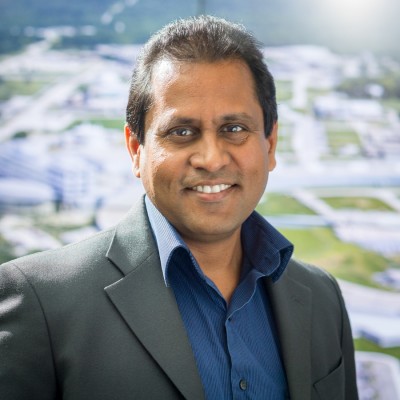