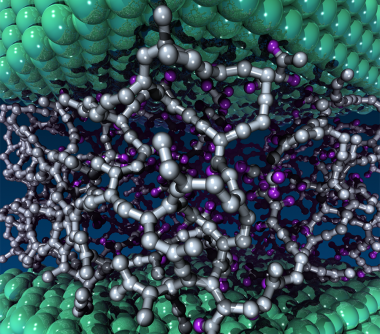 Both units will bring together experts from across the laboratory to work together on a wide range of multi-disciplinary projects. Argonne is home to hundreds of computational scientists and domain scientists, and a rich and varied collection of applications spanning all directorates and divisions. The new divisions will serve as interdisciplinary activity centers for next-generation programs and projects.

“Paul and Ian have deep connections to the lab’s research environment and long histories of building pioneering research programs around high-performance computing and data,” said Rick Stevens, Argonne’s associate laboratory director for Computing, Environment and Life Sciences. “They’ve helped shape the nation’s scientific computing program for decades by understanding that the research community has an insatiable desire to push boundaries.”

The new divisions join Argonne’s Directorate for Computing, Environment and Life Sciences, growing the directorate to four computing divisions in all, with the Argonne Leadership Computing Facility — a DOE Office of Science User Facility — providing world-leading capability, and the Mathematics and Computer Science division refocusing its efforts to supporting long-term fundamental research.

Argonne has a long history in the field of advanced computing; its parallel computing program dates back to the early 1980s — nearly 10 years before computational science was broadly recognized as a new paradigm for scientific investigation. This new effort continues this tradition by laying the foundation for Argonne’s computing ecosystem that will include exascale capabilities in 2021.