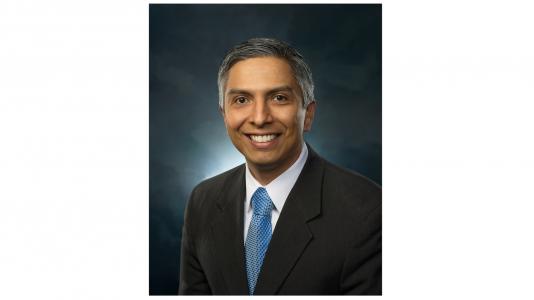 Argonne materials scientist Arturo Gutierrez has been named a 2020 Luminary Honoree by the Hispanic Engineer National Achievement Awards Corporation (HENAAC), the national organization that recognizes the contributions of Hispanic scientists and engineers.

The Luminary distinction spotlights professionals in science, technology, engineering and mathematics who initiate, collaborate and lead key programs and research within their organizations. HENAAC’s Luminaries have made significant contributions to the Hispanic technical community as leaders and role models.

Gutierrez’s path to becoming a HENAAC Luminary was not an easy or straightforward one. Raised by extended family, he joined the Army after high school. There, he gained his first professional exposure to the sciences by receiving training in electronics as he learned to repair communications equipment. ​“Coming out of the Army, I eventually realized that I had a passion for science,” Gutierrez said. ​“I’ve always tried to develop new strengths and capabilities.”

After earning his Ph.D. from The University of Texas at Austin, Gutierrez joined Argonne in 2014 as a postdoctoral researcher, becoming a staff scientist a year later. His research has involved a wide range of different battery chemistries, from sodium-ion batteries to manganese-rich lithium-ion batteries.

Gutierrez was the first to synthesize a metastable sodium cobalt phosphate as a cathode material for sodium-ion batteries and is one of the standout scientists in Argonne’s acclaimed cathode materials group. His work on manganese-rich cathode materials could help pave the way for lower-cost, more energy-dense batteries.

“It is a wonderful honor to receive this award,” Gutierrez said. ​“The scientists and engineers who make up HENAAC represent the best and brightest of the scientific community, and it is tremendously gratifying to have my work recognized in this way.”

In addition to his professional accomplishments in the laboratory, Gutierrez contributes in multiple ways to the development of his colleagues and to the broader community. At Argonne, he serves as one of two postdoc mentoring coordinators for the Chemical Sciences and Engineering division, and has served as a dedicated volunteer with a number of organizations, including the Boy Scouts of America and various science, technology, engineering and mathematics (STEM) organizations.

“Arturo is a high caliber researcher who is not only interested in achieving his research goals, but truly cares about the broader impacts of his work and the community in which he lives,” said Cynthia Jenks, director of Argonne’s Chemical Sciences and Engineering division. ​“He is a role model for many people and is someone who greatly values service above self.”