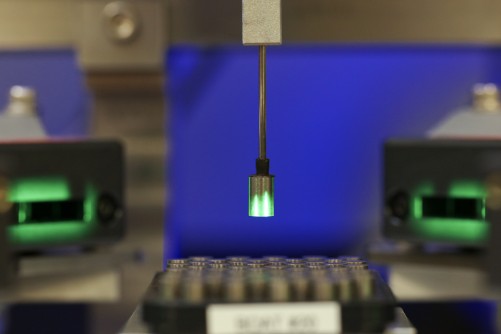 Pellets are assessed robotically to ensure they meet specifications before processing. 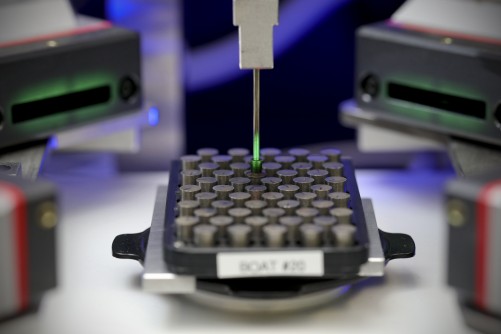 Researchers test the robotic retrieval of a raw material pellet. 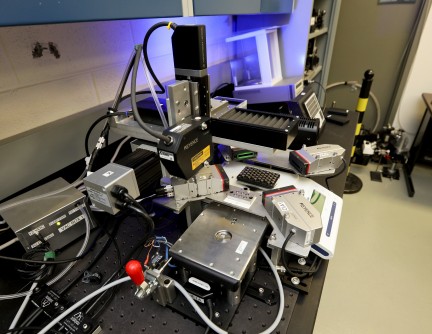 A prototype of the automated measurement station under development in an ORNL laboratory. 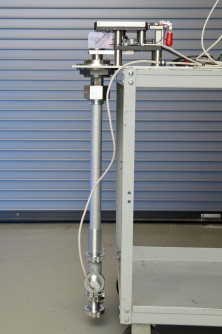 Pellets are inserted into a target tube such as the one shown for processing.

Newswise — February 28, 2017–Under a collaborative partnership between the National Aeronautics and Space Administration and the Department of Energy, a new automated measurement system developed at DOE’s Oak Ridge National Laboratory will ensure quality production of plutonium-238 while reducing handling by workers.

NASA has funded ORNL and other national laboratories to develop a process that will restore U.S. production capability of Pu-238 for the first time since the late 1980s when the Savannah River Plant ceased production. ORNL has produced and separated about 100 grams of the material and plans to scale up the process over the next several years to meet demand to power NASA deep space missions.

“We are bringing together multiple disciplines across ORNL to achieve this automation and ramp up so that we can supply Pu-238 for NASA,” said Bob Wham, who leads the project for the lab’s Nuclear Security and Isotope Technology Division.

The Pu-238 is produced from neptunium-237 feedstock provided by Idaho National Laboratory. Workers at ORNL mix neptunium oxide with aluminum and press the mixture into high-density pellets.

The new automated measurement system robotically removes the Np-237 pellets from their holding tray, and measures their weight, diameter, and height. “We’re excited to go from making these measurements by hand to just pressing a ‘GO’ button,” said Jim Miller, a scientist in the Fusion & Materials for Nuclear Systems Division who is employing the new system. “About 52 Np-237 pellets can be measured per hour using the new automated measurement system,” he added.

Pellets meeting specifications, as determined by the new automated measurement system, are placed in a cassette that moves to another location for loading into a hollow aluminum tube that is hydrostatically compressed around the pellets.

The Np-237 pellets loaded in the hollow aluminum tube later enter the High Flux Isotope Reactor, a DOE Office of Science User Facility at ORNL, where they are irradiated, creating Np-238, which quickly decays and becomes Pu-238.

The irradiated pellets are then dissolved, and ORNL staff use a chemical process to separate the plutonium from any remaining neptunium. Purified plutonium is converted back to an oxide powder, packaged and shipped to Los Alamos for final processing.

Plans are for initial production of 400 grams Pu-238 per year on average at ORNL and then to increase that quantity through additional automation and scale-up processes.

Several ORNL researchers contributed to the automated measurement system. Alan Barker was the software architect, enhancing early work performed by others on the system and serving as technical lead to finish the project. Richard Wunderlich further developed the software to professional grade with an emphasis on making it more robust, usable and maintainable. Michelle Baldwin also provided programming expertise, including software quality assurance, verification and validation. David West was the hardware architect, overseeing configuration tasks within the glovebox and making sure the system is safe and functional in a radioactive environment. Tim McIntyre was the project manager.

Project challenges included fitting the system into a glovebox that was only about 6 feet wide and 3 feet deep, and designing the system to be easy for workers to manipulate, maintain and repair, McIntyre said.

In another project funded by NASA, Miller said the lab is working to automate the creation of the target neptunium/aluminum pellets.

Miller also pointed to the collaborative nature of the automation development work at the lab. “I have a background in materials science, the Electrical and Electronics Systems Research Division people have the electrical and robotics background, and others like the staff in the NSITD have a chemical engineering background. None of us individually could get this done,” he said.

The next NASA mission planning to use a radioisotope thermoelectric generator fueled by Pu-238 is the Mars 2020 rover, scheduled for launch in July 2020. The mission will seek signs of life on Mars, test technology for human exploration, and gather samples of rocks and soil that could be returned to Earth. In the future, newly produced Pu-238 from ORNL will fuel these kinds of missions.

NASA announced this week that is has accepted a small quantity of the new heat source for use on the rover.

UT-Battelle manages ORNL for DOE’s Office of Science. The Office of Science is the single largest supporter of basic research in the physical sciences in the United States, and is working to address some of the most pressing challenges of our time. For more information, please visit http://science.energy.gov/. 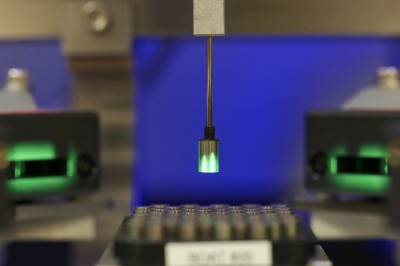 Caption: Pellets are assessed robotically to ensure they meet specifications before processing. 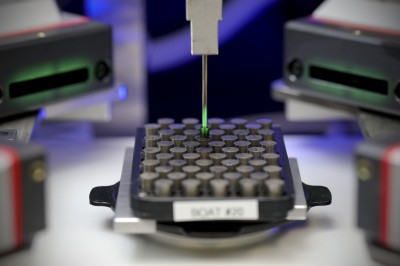 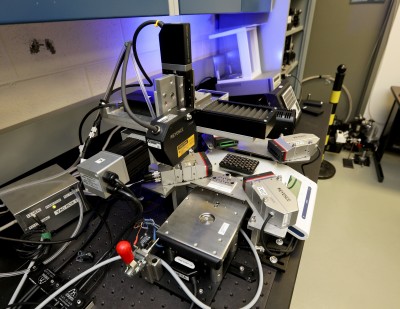 Caption: A prototype of the automated measurement station under development in an ORNL laboratory. 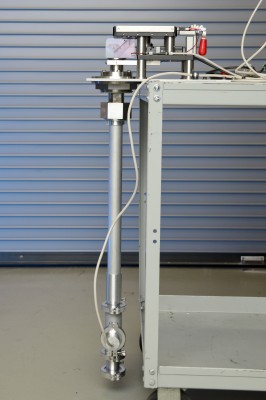 Caption: Pellets are inserted into a target tube such as the one shown for processing.