NASA's WFIRST: Uncovering the Mysteries of the Universe

An animated rendering of the WFIRST spacecraft in orbit. 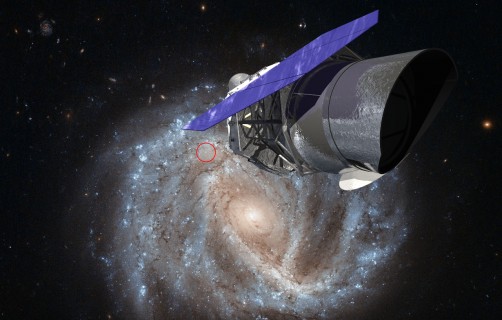 A rendering of WFIRST with an image of the spiral galaxy NGC 2441. A type Ia supernova, SN1995E, is circled in red. A scientific team including Berkeley Lab and UC Berkeley scientists will use WFIRST to gather precise measurements from type Ia supernovae that will provide new insight on dark energy. 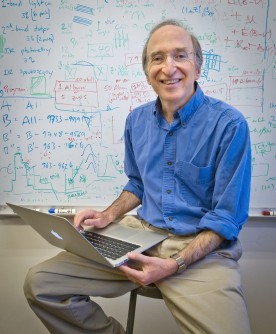 The wide field imaging capability of WFIRST enables large-area surveys at a much faster rate but at the same resolution as the Hubble Space Telescope’s Wide Field Camera 3 infrared imager. A Hubble large-scale mapping survey of the M31 galaxy required 432 “pointings” of its imager, while only 2 WFIRST pointings will be required to cover the same area.

Newswise — Scientists at the U.S. Department of Energy’s Lawrence Berkeley National Laboratory (Berkeley Lab) and UC Berkeley will play a role in an upcoming space telescope project, formally set in motion this week by NASA, that will explore the mysteries of the expanding universe and observe alien worlds circling distant suns, among other science aims.

The Wide Field Infrared Survey Telescope (WFIRST) will launch into its six-year mission from Cape Canaveral, Fla., in the mid-2020s. NASA’s Agency Program Management Council made the decision to move forward with the WFIRST mission.

Saul Perlmutter, a Berkeley Lab astrophysicist and UC Berkeley astrophysics professor who shared the 2011 Nobel Prize in Physics for his research team’s discovery that our universe is expanding at an accelerating rate, will lead a 29-member scientific team, from 15 institutions, that will plan for the use of WFIRST supernovae observations to explore “dark energy,” the presumed cause of this mysterious acceleration.

A rendering of WFIRST with an image of the spiral galaxy NGC 2441. A type Ia supernova, SN1995E, is circled in red. A scientific team including Berkeley Lab and UC Berkeley scientists will use WFIRST to gather precise measurements from type Ia supernovae that will provide new insight on dark energy. (Credit: European Space Agency/Hubble Space Telescope/NASA. Acknowledgment: Nick Rose)

Tracing the history of the universe to its so-called cosmic dawn, gaining new insight about star and galaxy formation and evolution, finding faint dwarf galaxies, studying distant objects through a light-bending phenomenon known as gravitational lensing, and surfacing new details from objects near the center of the Milky Way are also among WFIRST’s goals. The telescope will be NASA’s next major astrophysics observatory following the launch of the James Webb Space Telescope in 2018.

“The question that was raised with the 2011 Nobel Prize is, ‘Why is the universe’s expansion accelerating?’” Perlmutter said. “With this new mission we get the chance to begin exploring the nature of dark energy.”

He added, “We think that this detailed expansion history is our current best shot as to getting a hint at which explanations for the accelerating expansion of the universe are true: If it’s dark energy, is it constant in time or changing over time? And if it’s not dark energy, are there revisions needed in Einstein’s theory of general relativity”—a sort of rule book for spacetime and other fundamental physics—to best explain this acceleration?

WFIRST is a 2.4-meter telescope with a primary mirror the same size as that of the Hubble Space Telescope. It has a field of view that is 100 times larger than Hubble’s infrared instrument and will measure light from an estimated billion galaxies.

WFIRST is expected to discover thousands of exoplanets—planets outside our solar system. It will be equipped with a device called a coronagraph that will record information about the chemistry of atmospheres for dozens of nearby exoplanets by blocking out light from their central stars, creating an artificial eclipse.

“In addition to its exciting capabilities for dark energy and exoplanets, WFIRST will provide a treasure trove of exquisite data for all astronomers,” said Neil Gehrels, WFIRST project scientist at NASA’s Goddard Space Flight Center in Greenbelt, Md. “This mission will survey the universe to find the most interesting objects out there.”

In measuring the shapes, positions and distances of millions of galaxies, WFIRST will provide fresh data on dark matter—the mysterious, unseen stuff that can be measured through its gravitational effects and makes up most of the universe’s matter.

Perlmutter noted that while his research team has used the Hubble telescope to study tens of Type Ia supernovae, WFIRST will gather more detailed information for thousands of supernovae. This precision should allow scientists to categorize Type Ia supernovae into different subclasses, he said.

The telescope’s dark energy mission will include three separate surveys:1. A Type Ia Supernovae Survey will focus on the subclass of exploding stars that emit light in a narrow range of peak brightness. Type Ia supernovae are often referred to as “standard candles” because their common brightness provides researchers with a standard gauge of their distance from us. This survey, which will be the focus of Perlmutter’s team, will calculate the distance and redshift of Type Ia supernovae. Redshift is a measure of how light is stretched to redder wavelengths as the universe stretches during light’s multi-billion-year trip from the supernovae to us.2. A High Latitude Spectroscopic Survey will determine changes in the concentration of galaxies throughout the history of the universe by precisely measuring the distance and position of galaxies.3. A High Latitude Imaging Survey will study galaxies and galaxy clusters and calculate the mass distribution of the universe in 3-D. This can be useful in understanding the effects of dark energy over time and the evolution of the universe’s large-scale structure.

Perlmutter’s team, which has received approval for a five-year NASA grant, will work over the next few years to identify scientific requirements for the telescope’s instruments and to help guide the capabilities of the instrumentation. A dozen of these Science Investigation Teams were formalized in early January to explore different areas of WFIRST science, including two teams focusing on the supernova measurements of dark energy.

“We have to understand the exact properties of the instruments and figure out how to get the most precise measurements,” said David Rubin of the Space Telescope Science Institute in Maryland, a member of the WFIRST science team led by Perlmutter. “We also will conduct overall survey planning, including studies of possible ties with other observatories’ observations.”

“With WFIRST, we should be able to graph a beautiful history of the expansion of the universe in unprecedented detail,” Freedman said. “This will be one for the textbooks, for years to come.”

As a principal investigator of the team, Perlmutter will serve on a Formulation Science Working Group that will include lead investigators from all of the WFIRST science teams.

WFIRST is managed at NASA’s Goddard Space Flight Center in Greenbelt, Md., with participation by the Jet Propulsion Laboratory in Pasadena, Calif.; the Space Telescope Science Institute in Baltimore; the Infrared Processing and Analysis Center in Pasadena; and a science team comprised of members from U.S. research institutions across the country. 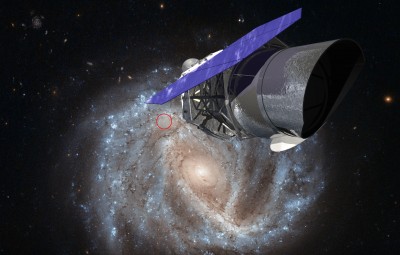 Caption: A rendering of WFIRST with an image of the spiral galaxy NGC 2441. A type Ia supernova, SN1995E, is circled in red. A scientific team including Berkeley Lab and UC Berkeley scientists will use WFIRST to gather precise measurements from type Ia supernovae that will provide new insight on dark energy. 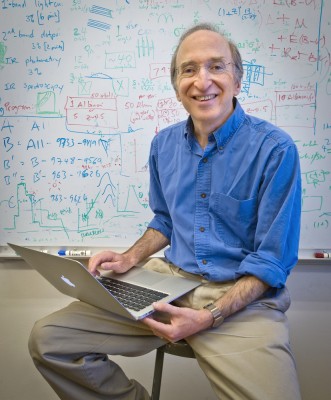 Caption: The wide field imaging capability of WFIRST enables large-area surveys at a much faster rate but at the same resolution as the Hubble Space Telescope’s Wide Field Camera 3 infrared imager. A Hubble large-scale mapping survey of the M31 galaxy required 432 “pointings” of its imager, while only 2 WFIRST pointings will be required to cover the same area.

Caption: NASA's WFIRST: Uncovering the Mysteries of the Universe

Caption: An animated rendering of the WFIRST spacecraft in orbit.