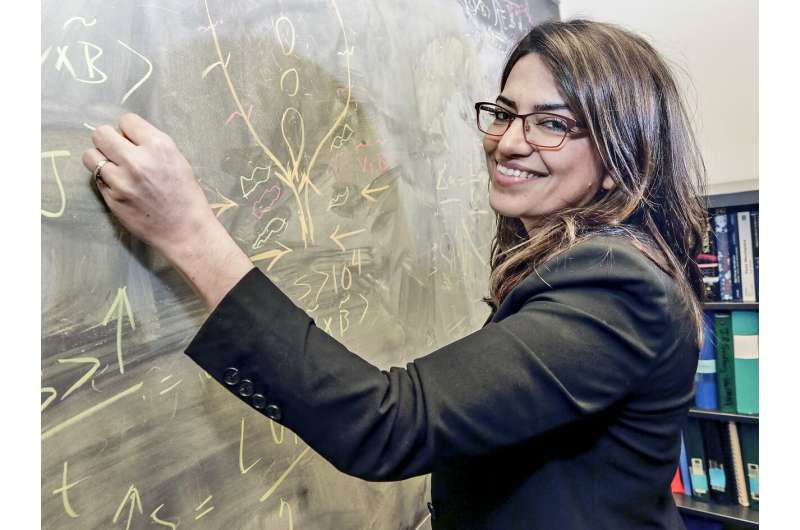 Newswise — An obstacle to generating fusion reactions inside facilities called tokamaks is that producing the current in plasma that helps create confining magnetic fields happens in pulses. Such pulses, generated by an electromagnet that runs down the center of the tokamak, would make the steady-state creation of fusion energy difficult to achieve. To address the problem, physicists have developed a technique known as transient coaxial helicity injection (CHI) to create a current that is not pulsed.

“Stability is the most important aspect of any current-drive system in tokamaks,” said Ebrahimi, author of a paper reporting the findings in Physics of Plasmas. “If the plasma is stable, you can have more current and more fusion, and have it all sustained over time.”

Fusion, the power that drives the sun and stars, is the fusing of light elements in the form of plasma — the hot, charged state of matter composed of free electrons and atomic nuclei — that generates massive amounts of energy. Scientists are seeking to replicate fusion on Earth for a virtually inexhaustible supply of power to generate electricity.

The CHI technique replaces an electromagnet called a solenoid that induces current in today’s tokamaks. CHI produces the critical current by spontaneously generating magnetic bubbles, or plasmoids, into the plasma. The new high-resolution simulations confirm that a parade of plasmoids marching through the plasma in future tokamaks could create the current that produces the confining fields. The simulations further showed that the plasmoids would stay intact even when buffeted by three-dimensional instabilities.

In the future, Ebrahimi plans to simulate CHI startup while including even more physics about the plasma, which would provide insights to further optimize the process and to extrapolate toward next-step devices. “That’s a little bit harder,” she says, “but the news right now is that these simulations show that CHI is a reliable current-drive technique that could be used in fusion facilities around the world as they start to incorporate stronger magnetic fields.”