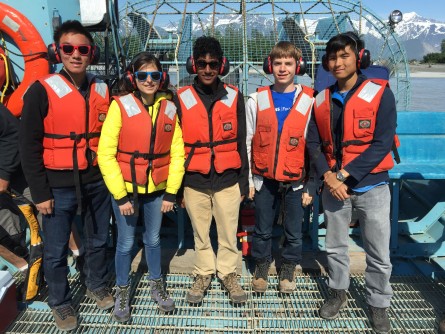 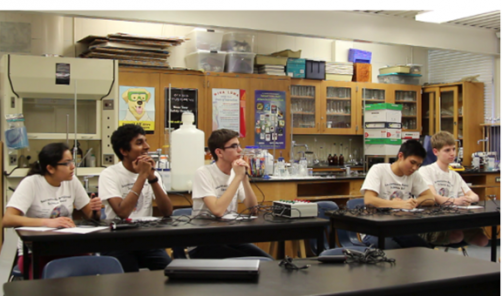 Mira Loma team at a training session after school. 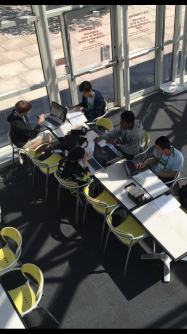 Mira Loma team prepping for the NSB Finals at McDonalds.

Newswise — A new school year is upon us, and that can only mean one thing… DOE National Science Bowl® (NSB) is around the corner! NSB concluded last spring with Mira Loma High School (CA) securing their fifth National championship in seven years. The school also holds the record for most championship victories in the 25 years of tournament competition.

The NSB is a nationwide academic competition in science and mathematics for middle and high school students. Winning NSB involves intense training, winning a regional competition, and then a grueling finals tournament field of 68 high school regional champions in Washington, D.C.

Recently, I had the opportunity to speak with Mira Loma's coach, James Hill, about the team's offseason training and the upcoming season.

Of the five roster spots on the team, Mira Loma is graduating four players: Daniel Shen, the chemistry wiz; Arvind Sundararajan, the Earth and space man; Jack Gurev, the math and physics anchor; and Roger Yu, the team's biology star. Mira Loma's only returning player on this year's squad is Claire Burch, who is known for her talents in Earth and space science.

Fortunately for Hill and Burch, there are about 60 students interested in competing for a spot on the 2016 roster, and they all come with a variety of strengths and subject matter expertise.

Though there is no formal buzzer practice held during the summer, the students are expected to enhance their skills individually. In the past, many team members spent the summer as mentors and tutors to other students.

"The offseason is the time for studying one's subject in depth," said Hill. "If the students are planning on picking up a new subject in the season, it's also expected that they learn the fundamentals of the subject so that the beginning of the season can be more productive with quicker advancement into higher-level material."

Once the team is back at school, they hit the ground running. They have weekly meetings where they practice in game situations, reading off the toughest questions and working on their buzzer speed.

"It gets really intense," said Burch. "When you go to practice, you expect to spend one or two hours racking your brain for answers."

Mira Loma doesn't offer specific classes for the Science Bowl; however, sometimes the older team members will hold lectures in which they review content for the up and coming students. According to Burch, they "keep practices pretty much friendly, but there are competitive scrimmages between members of all teams."

Coaching a Science Bowl squad requires a great deal of time and effort. At the same time, students must show an enormous amount of self-discipline in their own preparations. Hill's goal is "to make certain that the teams are familiar with competition rules, pace of play, and buzzer techniques; the rest is on the team."

Much like the coaches of sports teams at school, Hill is in a position where some members of his team are also his students in the classroom, but the approach to coaching and teaching is different. Preparing for the Science Bowl allows students to go into great depths in their topics of choice; material that would be impossible to cover in a large classroom. By not having the requirement of assessments and "grades," there is a huge amount of freedom in what can actually be taught and learned to prepare for Science Bowl. Hill's job is to "guide the process and mold the team into a cohesive unit."

What is the biggest takeaway from coaching?

"I'm always amazed at the knowledge base that my team members acquire throughout their years preparing for National Science Bowl," expressed Hill. "Their dedication is impressive, and I'm immensely proud to be a small part of their success."

Lastly, when asked if Hill keeps his team on a strict diet, Hill mentioned, "A training diet? Well, they consume 'knowledge,' but a good pizza helps now and then!"

The National Science Bowl® is a nationwide academic competition that tests students' knowledge in all areas of science and mathematics. Middle and high school student teams from diverse backgrounds are comprised of four students, one alternate, and a teacher who serves as an advisor and coach. These teams face-off in a fast-paced question-and-answer format, being tested on a range of science disciplines including biology, chemistry, Earth science, physics, energy, and math. The U.S. Department of Energy Office of Science manages the National Science Bowl®, and sponsors the NSB finals competition.

The Office of Science is the single largest supporter of basic energy research in the physical sciences in the United States and is working to address some of the most pressing challenges of our time. For more information please visit http://science.energy.gov.

Ethan Alpern is a Communications Specialist in the Office of Science, [email protected]. 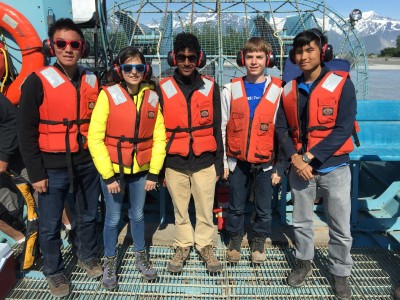 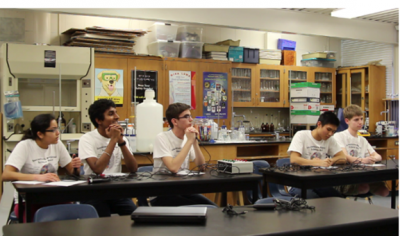 Caption: Mira Loma team at a training session after school. 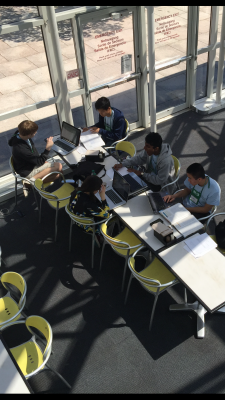