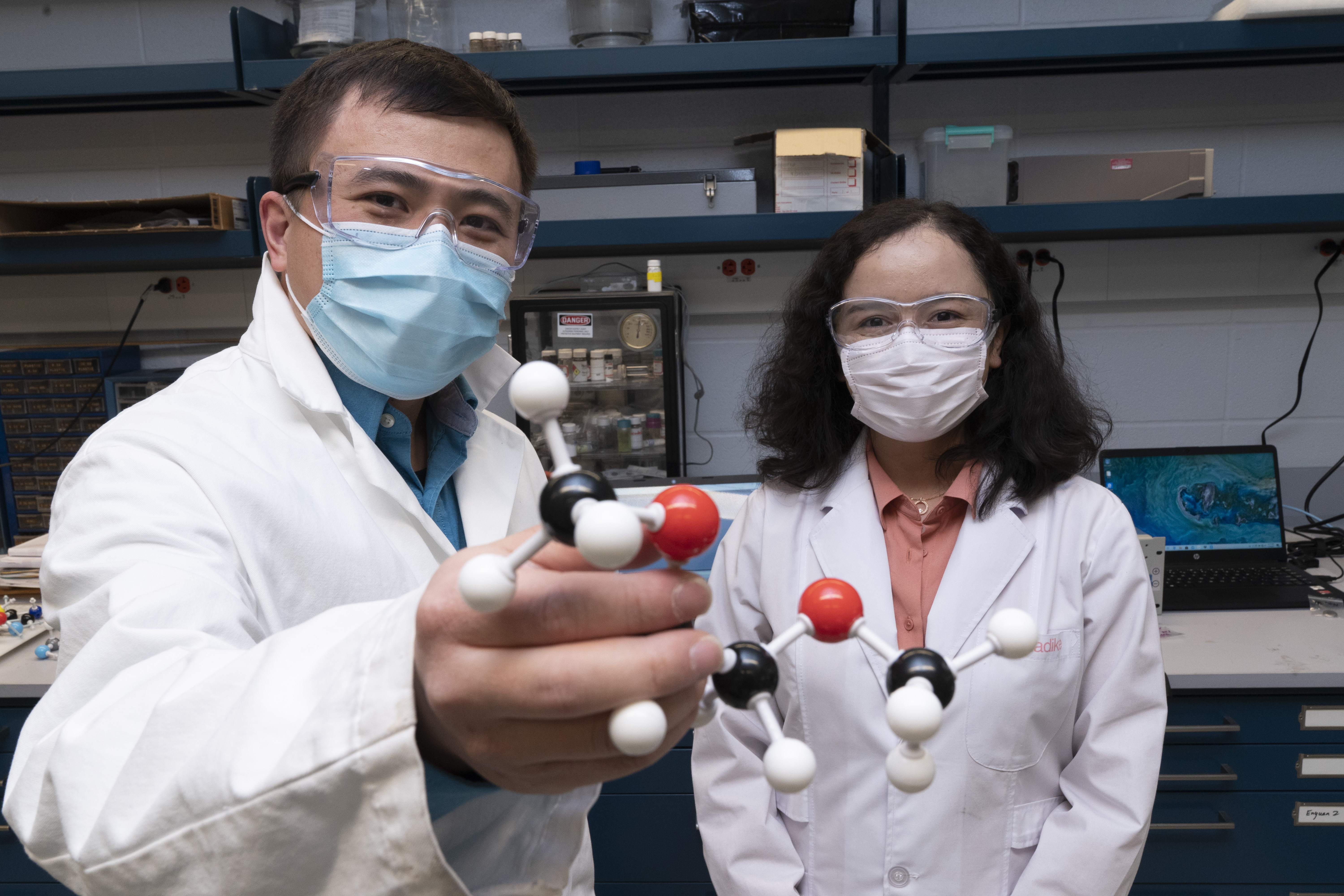 Newswise — UPTON, NY—A team of researchers led by chemists at the U.S. Department of Energy’s (DOE) Brookhaven National Laboratory has identified new details of the reaction mechanism that takes place in batteries with lithium metal anodes. The findings, published today in Nature Nanotechnology, are a major step towards developing smaller, lighter, and less expensive batteries for electric vehicles.

To build a battery better suited for electric vehicles, researchers across several national laboratories and DOE-sponsored universities have formed a consortium called Battery500, led by DOE’s Pacific Northwest National Laboratory (PNNL). Their goal is to make battery cells with an energy density of 500 watt-hours per kilogram, which is more than double the energy density of today’s state-of-the-art batteries. To do so, the consortium is focusing on batteries made with lithium metal anodes.

“Lithium metal anodes are one of the key components to fulfill the energy density sought by Battery500,” said Brookhaven chemist Enyuan Hu, leading author of the study. “Their advantage is two-fold. First, their specific capacity is very high; second, they provide a somewhat higher voltage battery. The combination leads to a greater energy density.”

Scientists have long recognized the advantages of lithium metal anodes; in fact, they were the first anode to be coupled with a cathode. But due to their lack of “reversibility,” the ability to be recharged through a reversible electrochemical reaction, the battery community ultimately replaced lithium metal anodes with graphite anodes, creating lithium-ion batteries.

Now, with decades of progress made, researchers are confident they can make lithium metal anodes reversible, surpassing the limits of lithium-ion batteries. The key is the interphase, a solid material layer that forms on the battery’s electrode during the electrochemical reaction.

“If we are able to fully understand the interphase, we can provide important guidance on material design and make lithium metal anodes reversible,” Hu said. “But understanding the interphase is quite a challenge because it’s a very thin layer with a thickness of only several nanometers. It is also very sensitive to air and moisture, making the sample handling very tricky.”

Visualizing the interphase at NSLS-II

To navigate these challenges and “see” the chemical makeup and structure of the interphase, the researchers turned to the National Synchrotron Light Source II (NSLS-II), a DOE Office of Science user facility at Brookhaven that generates ultrabright x-rays for studying material properties at the atomic scale.

“NSLS-II’s high flux enables us to look at a very tiny amount of the sample and still generate very high-quality data,” Hu said.

Beyond the advanced capabilities of NSLS-II as a whole, the research team needed to use a beamline (experimental station) that was capable of probing all the components of the interphase, including crystalline and amorphous phases, with high energy (short wavelength) x-rays. That beamline was the X-ray Powder Diffraction (XPD) beamline.

“When we first saw the existence of LiH, we were very excited because this was the first time that LiH was shown to exist in the interphase using techniques with statistical reliability. But we were also cautious because people have been doubting this for a long time,” Hu said.

Co-author Xiao-Qing Yang, a physicist in Brookhaven’s Chemistry Division, added, “LiH and lithium fluoride (LiF) have very similar crystal structures. Our claim of LiH could have been challenged by people who believed we misidentified LiF as LiH.”

Given the controversy around this research, as well as the technical challenges differentiating LiH from LiF, the research team decided to provide multiple lines of evidence for the existence of LiH, including an air exposure experiment.

“LiF is air stable, while LiH is not,” Yang said. “If we exposed the interphase to air with moisture, and if the amount of the compound being probed decreased over time, that would confirm we did see LiH, not LiF. And that’s exactly what happened. Because LiH and LiF are difficult to differentiate and the air exposure experiment had never been performed before, it is very likely that LiH has been misidentified as LiF, or not observed due to the decomposition reaction of LiH with moisture, in many literature reports.”

Yang continued, “The sample preparation done at PNNL was critical to this work. We also suspect that many people could not identify LiH because their samples had been exposed to moisture prior to experimentation. If you don’t collect the sample, seal it, and transport it correctly, you miss out.”

In addition to identifying LiH’s presence, the team also solved another long-standing puzzle centered around LiF. LiF has been considered to be a favored component in the interphase, but it was not fully understood why. The team identified structural differences between LiF in the interphase and LiF in the bulk, with the former facilitating lithium ion transport between the anode and the cathode.

“From sample preparation to data analysis, we closely collaborated with PNNL, the U.S. Army Research Laboratory, and the University of Maryland,” said Brookhaven chemist Zulipiya Shadike, first author of the study. “As a young scientist, I learned a lot about conducting an experiment and communicating with other teams, especially because this is such a challenging topic.”

Hu added, “This work was made possible by combining the ambitions of young scientists, wisdom from senior scientists, and patience and resilience of the team.”

“The battery group in the Chemistry Division works on a variety of problems in the battery field. They work with cathodes, anodes, and electrolytes, and they continue to bring XPD new issues to solve and challenging samples to study,” Ghose said. “That’s exciting to be part of, but it also helps me develop methodology for other researchers to use at my beamline. Currently, we are developing the capability to run in situ and operando experiments, so researchers can scan the entire battery with higher spatial resolution as a battery is cycling.”

The scientists are continuing to collaborate on battery research across Brookhaven Lab departments, other national labs, and universities. They say the results of this study will provide much-needed practical guidance on lithium metal anodes, propelling research on this promising material forward.