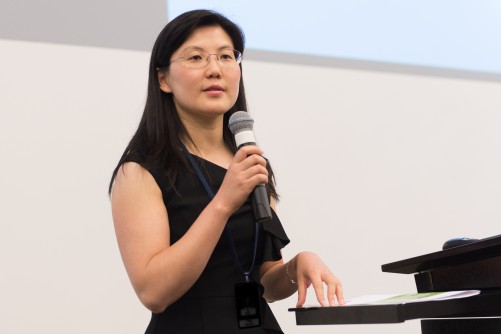 Yan (Joann) Zhou, principal transportation systems analyst, talks to members of the U.S.-China Clean Energy Research Center Clean Vehicles Consortium (CERC CVC), which had its annual meeting at Argonne this month. Zhou is the operations manager of the U.S. CERC-CVC. 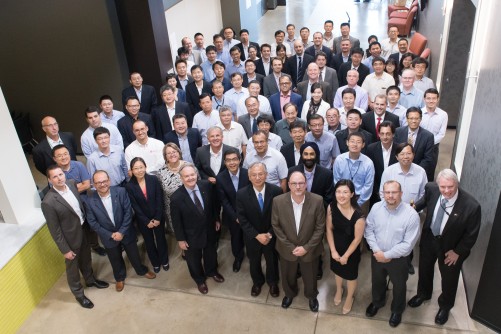 More than 100 researchers from the U.S. and China met at the Department of Energy’s (DOE’s) Argonne National Laboratory to begin a new phase of collaboration on development of technologies to enhance vehicle efficiency in the two countries. Argonne is leading the U.S-China Clean Energy Research Center (CERC) Clean Vehicles Consortium (CVC).

Newswise — Argonne, Ill. (Aug. 16) – More than 100 researchers from the U.S. and China met this month at the U.S. Department of Energy’s (DOE’s) Argonne National Laboratory to begin a new phase of collaboration on development of technologies to enhance vehicle efficiency in the two countries.

Argonne is leading the U.S-China Clean Energy Research Center (CERC) Clean Vehicles Consortium (CVC). The leadership of the CERC CVC will allow Argonne to leverage its longstanding expertise in areas such as electric vehicles, advanced batteries and transportation technology, which will be a focus of the new phase of the CVC consortium. The five-year project will be focused on rapidly bringing technological innovation to industry in the U.S. and China.

“The selection of Argonne to lead these two important programs speaks to the multidisciplinary and innovative capabilities of the laboratory and the power of the Midwest innovation ecosystem we are privileged to be a part of,” said Argonne Director Peter Littlewood. “Chicago continues to grow as a hub for international research and development, and one important element of that work is finding ways to make transportation cleaner and more efficient. Argonne looks forward to helping combine the best of vehicle research from U.S. and China.”

CERC was established by the U.S. and China in 2009 as a $150 million project to facilitate joint research and development of clean energy technologies. Research is performed by teams of scientists and engineers from the U.S. and China, with each side contributing equal amounts of funding. In addition to the CVC and TRUCK, CERC also has an Advanced Coal Technology Consortium and a Building Energy Efficiency Consortium, with a new Energy-Water technical track being developed.

“This is an exciting opportunity for Argonne to build on its longstanding expertise in transportation research, as well as our history of collaboration with our colleagues in China,” said Don Hillebrand, director of the Energy Systems Division at Argonne and newly appointed director of the CERC CVC program. “Given that the U.S. and China are the two largest vehicle markets in the world, this research has the potential for substantial impact on the global environment by promoting clean vehicles in both countries.”

The U.S. Department of Energy Office of Energy Efficiency and Renewable Energy’s Vehicle Technologies Office provides funding support for both the CVC and TRUCK CERCs.

Argonne National Laboratory seeks solutions to pressing national problems in science and technology. The nation’s first national laboratory, Argonne conducts leading-edge basic and applied scientific research in virtually every scientific discipline. Argonne researchers work closely with researchers from hundreds of companies, universities, and federal, state and municipal agencies to help them solve their specific problems, advance America’s scientific leadership and prepare the nation for a better future. With employees from more than 60 nations, Argonne is managed by UChicago Argonne, LLC for the U.S. Department of Energy’s Office of Science.The U.S. Department of Energy’s Office of Science is the single largest supporter of basic research in the physical sciences in the United States and is working to address some of the most pressing challenges of our time. For more information, visit the Office of Science website. 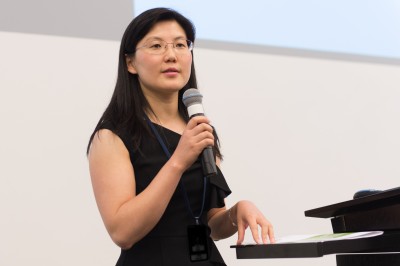 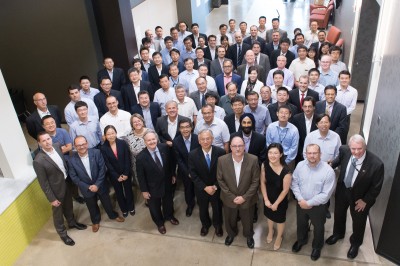 Caption: More than 100 researchers from the U.S. and China met at the Department of Energy’s (DOE’s) Argonne National Laboratory to begin a new phase of collaboration on development of technologies to enhance vehicle efficiency in the two countries. Argonne is leading the U.S-China Clean Energy Research Center (CERC) Clean Vehicles Consortium (CVC).