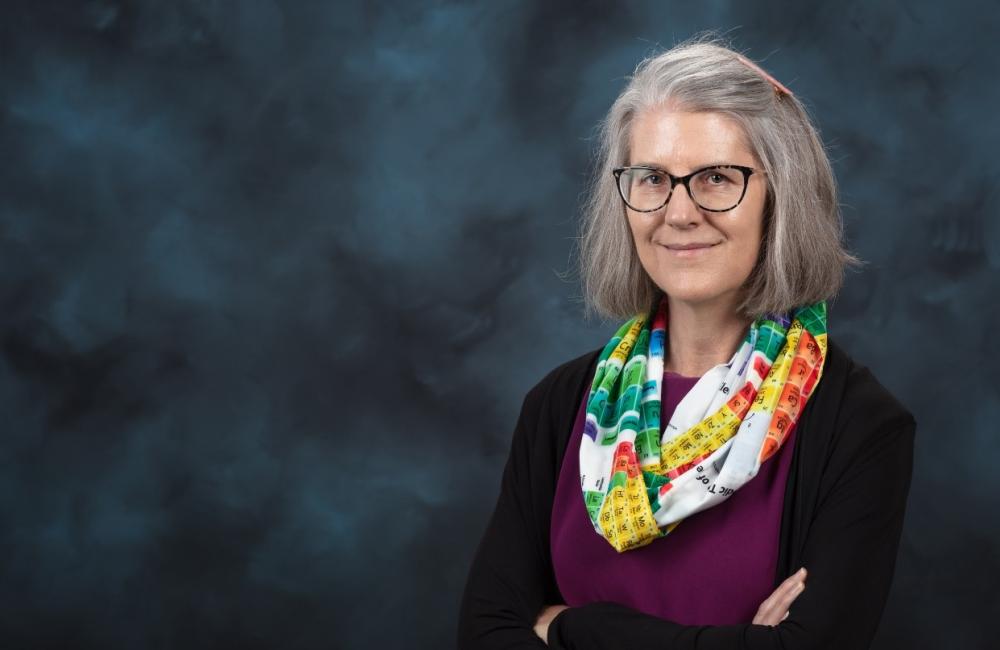 Newswise — From an early age, Deborah Frincke has been a keen observer. Her own backyard, teeming with life, was endlessly fascinating and fragile, sparking a desire to learn how the world works, and later, how to protect it.

As an avid reader, her fondness for J.R.R. Tolkien, adventure stories about King Arthur and Robin Hood and books from the Smithsonian – all of which focus on guarding communities – had cultivated a recurring theme that has appeared regularly throughout her career.

“I was reading books that balanced how the world works with what needs to be done to make the world a better and safer place,” Frincke said. “That tended to be what those stories were about.”

“I believe that making the world a safer, more secure place is rooted in the underpinnings of science,” she said. “A better understanding of the digital world and, more broadly, how national security is related to technology will help us inform and arm decision makers with the best defenses against threats across national and global systems.”

“Given Deb's exemplary work and reputation, we're pleased to have her expertise and leadership at the helm of ORNL's missions in national security science,” ORNL Director Thomas Zacharia said. “Her commitment is invaluable as she guides cross-disciplinary teams in developing science-based solutions toward a safer, more secure world.”

Prior to ORNL, Frincke served in a variety of roles at the National Security Agency between 2011 and 2020, most recently as the agency’s Director of Research. While at the NSA, she led what is perhaps the largest in-house research organization in the U.S. Intelligence Community. She also was a founding member of the NSA Board of Directors, served as the agency’s Science Advisor and was the first NSA Innovation Champion.

Frincke has become one of the nation’s preeminent computer scientists and cybersecurity experts. And, that path began at home.

When she was a preteen, her father bought the family a computer. She quickly latched on, taught herself to code and began creating games for her younger siblings to play. The goal of these geographical map-based games was to keep villages safe.

She unknowingly was developing computer modeling and simulation skills and programming her influences into code, foreshadowing a career protecting communities on a global scale.

The year 1988 was pivotal for Frincke’s career. The Morris worm had invaded the internet (which was in its infancy), pervading computer systems and exploiting several vulnerabilities including weak passwords.

“It took down something like 10% of the internet, which, back then, was just a matter of a few hundred to a thousand systems,” Frincke said of the event that occurred while she was in graduate school. “I found myself outraged that somebody could take down something so important to so many people.”

It was a call to action. “I thought, ‘This shouldn’t happen. Do something about it.’ I did not realize it was going take me the entire rest of my career and my professional life,” she said.

Cybersecurity became her primary focus, switching her graduate work from modeling and simulation to exploring ways to protect computer systems from cyber threats. As a postdoc, Frincke took a teaching job at the University of Idaho and founded their computer security program, which quickly became the nation’s top ranked program at the time.

While a significant accomplishment, Frincke was just getting started. She had found what she referred to as her calling. A self-described shy kid, she found herself behind podiums presenting regularly about cybersecurity, speaking at events and conferences and in classrooms.

She left a tenured position at Idaho to become chief scientist in Cybersecurity Research at Pacific Northwest National Laboratory’s National Security Division, and then joined the NSA.

Under her leadership, the NSA Research Directorate devised breakthroughs in diverse fields that included mathematics, computer science, cybersecurity, quantum and high-performance computing, engineering, physical sciences, neuroscience, cognitive psychology and linguistics. Her leadership was crucial to significant technology transfers within the NSA and across federal government and international partnerships.

She served on the Intelligence Community Steering Committee for Artificial Intelligence and was a co-chair of the White House Committee on Economic and National Security Implications of Quantum.

Frincke also brings business experience to her role, having launched a successful cybersecurity startup company, TriGeo Network Systems. She has published more than 100 articles and technical reports, and her awards include the NSA’s Distinguished Civilian Service Medal, the NSA Research Leadership Excellence in Intelligence Award and the U.S. Presidential Rank Award.

Frincke’s decades of expertise and passion for protecting the nation and its assets will manifest as she continues to hone her vision for NSSD at ORNL.

“The cutting-edge research performed at NSSD leverages deep expertise from not only within our directorate, but also across ORNL, which can be applied to our diverse science areas, from transportation and manufacturing to physics and computing and beyond,” Frincke said. “At ORNL, we can have missions that help build and support mitigation strategies to avoid crises before they happen.”

Despite a busy schedule developing strategies to protect the cyber world, she still makes time for keen observation outdoors.

“Tennessee is beautiful – it’s just so beautiful here, I got my first proper camera, with interchangeable lenses, and got totally hooked on bird watching.”

UT-Battelle manages ORNL for Department of Energy’s Office of Science, the single largest supporter of basic research in the physical sciences in the United States. The Office of Science is working to address some of the most pressing challenges of our time. For more information, please visit energy.gov/science.