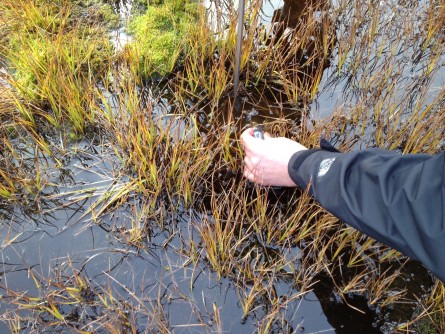 Gas bubbles are released from a saturated part of the Barrow Environmental Observatory. 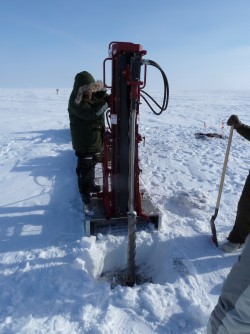 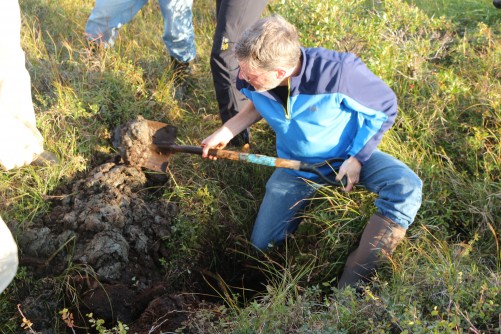 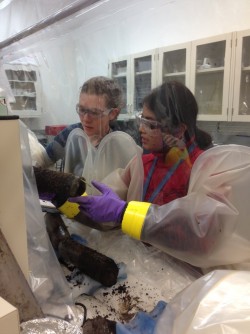 An international team led by Northern Arizona University scientists analyzed the results of 25 experiments from multiple research groups including the Department of Energy’s Oak Ridge National Laboratory. The researchers had measured the release of greenhouse gases from incubated soil samples, which originated in field sites in Alaska, Canada and Russia, under a temperature increase of 10 degrees Celsius.

“It tells us that the tipping point is more toward when that soil becomes exposed to oxygen,” ORNL coauthor David Graham said. “If the soils were to drain and dry, it would be a significant change that dramatically alters the carbon flux coming out of the soil.”

The team’s findings will help scientists refine models to predict future climate scenarios. Climate models can use the results to improve estimates of methane and carbon dioxide release under rising temperatures and changing soil moisture conditions.

“Models help us scale from the present to the future,” ORNL’s Colleen Iversen said. “It’s one thing to say, ‘What does the Arctic look like now and what are the implications for carbon feedbacks?’ But we really want to know what it will look like at the end of the century. The only way we can get there is to have accurate processes in models that are predicting the future.”

Recognizing the importance of soil moisture and hydrology in the Arctic will also guide future experimental research in DOE’s Next-Generation Ecosystem Experiments Arctic project, which supported the three ORNL incubation studies. As NGEE-Arctic enters its second phase, one of the project’ goals is to examine the extent to which Arctic soils will become wetter or dryer—a task complicated by the region’s unique topography.

“A few centimeters can make the difference in whether the ground slumps and becomes wetter or ends up high and dry, by separating more from the water table,” Iversen said. “There are also big ponds that might dry out over large areas as well as soils underlain by a network of ice wedges where warming could lead to a thermokarst, or a slumping, of the land surface as permafrost thaws and the ice wedges melt. So the wetting and drying of the Arctic is important to observe and model at scales ranging from a meter to multiple kilometers.”

“The Arctic is changing faster than any other environment,” Wullschleger said. “It’s highly sensitive to change and its feedback to the global system could be huge.” 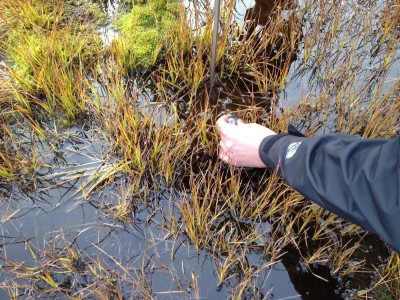 Caption: Gas bubbles are released from a saturated part of the Barrow Environmental Observatory. 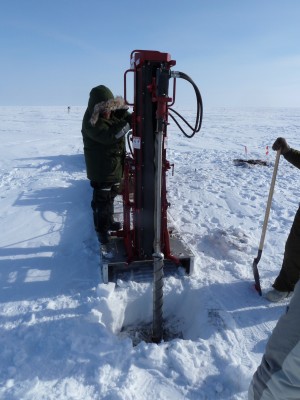 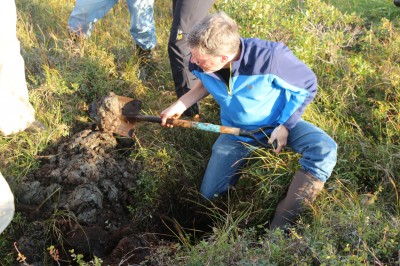 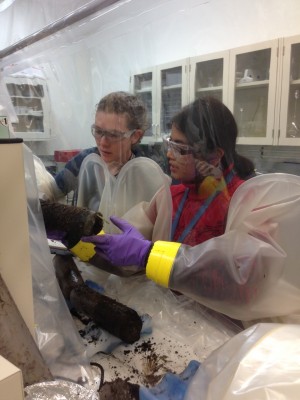