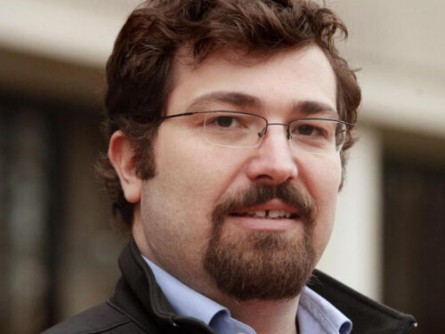 Newswise — Egemen Kolemen, an assistant professor in Princeton University’s Department of Mechanical and Aerospace Engineering and a physicist who focuses on solving challenges to the development of fusion facilities at the U.S. Department of Energy’s (DOE) Princeton Plasma Physics Laboratory, has won a prestigious 2020 Excellence in Fusion Engineering award presented by Fusion Power Associates (FPA).

The honor from FPA, which provides timely information on fusion and fusion research, recognizes Kolemen’s multiple achievements.  These include his “impactful contributions to the analysis, control and optimization of current and future fusion experimental facilities,” the FPA said. Among Kolemen’s cited contributions are his exploration of “the potential use of liquid metals to enable high heat flux exhaust systems operation in fusion power plants” and his application of wide-ranging results to fusion projects in the U.S., China, Korea Japan and the ITER project under construction in France.

“I was really happy about this award,” said Kolemen, whose citation included his leadership “within a variety of current national and international evaluation and advisory groups,” the FPA citation states. “What I’ve been trying to do is bridge the gap between physics and engineering,” said Kolemen, who will receive the award at the 41st FPA annual meeting in December.

Kolemen has built a diverse, collaborative research group of graduate students and postdoctoral physicists and engineers. “What I’m doing is identifying good research experiments and trying to get time on the machines for the people on my team,” he said. We start from the problem of what needs to be done to make fusion scenarios feasible.”

His roles include hands-on supervision and teaching. “As a teacher, I place great emphasis on connecting material in an innovative way to engineering problems and solutions that are at the leading edge of the field,” he said. “I similarly view independent project advising as a tremendous opportunity to add to students’ knowledge of the discipline.”

Physicists and engineers are essential for fusion development concurred Jon Menard, deputy director for research at PPPL. “Physicists and engineers need to work closely together to create concepts for fusion reactors and to figure out how to design and operate them reliably,” Menard said. “Egemen knows physics as well as engineering and his impact is felt throughout the world.”

Kolemen, a native of Turkey, earned his bachelor’s degree from Bogazici University in Istanbul, Turkey, and his doctorate in mechanical and aerospace engineering from Princeton University in 2008. After graduation he worked as a postdoctoral fellow with physicists and Bob Ellis, now chief engineer at PPPL, and then became a researcher at PPPL. As an assistant professor at Princeton University he holds a joint appointment to PPPL and the University’s Andlinger Center for Energy and the Environment, posts to which he was named in 2015.

The FPA award marks the most recent honor that Kolemen has received. In 2016 he won a DOE Early Career Award to develop a control system on the DIII-D National Fusion Facility that General Atomics operates as a forerunner for controlling transient particles on ITER.

“As we go forward,” Kolemen said, “fusion will need a lot of good engineering work, a lot of interaction between engineering and physics. We will need to build hardware and systems that do analysis in real time and design controllers to take us where we want to go. The motivation for my research is to achieve the direct use of fusion energy on Earth by replicating the processes of the sun on Earth, or ‘putting the sun in a box.’”